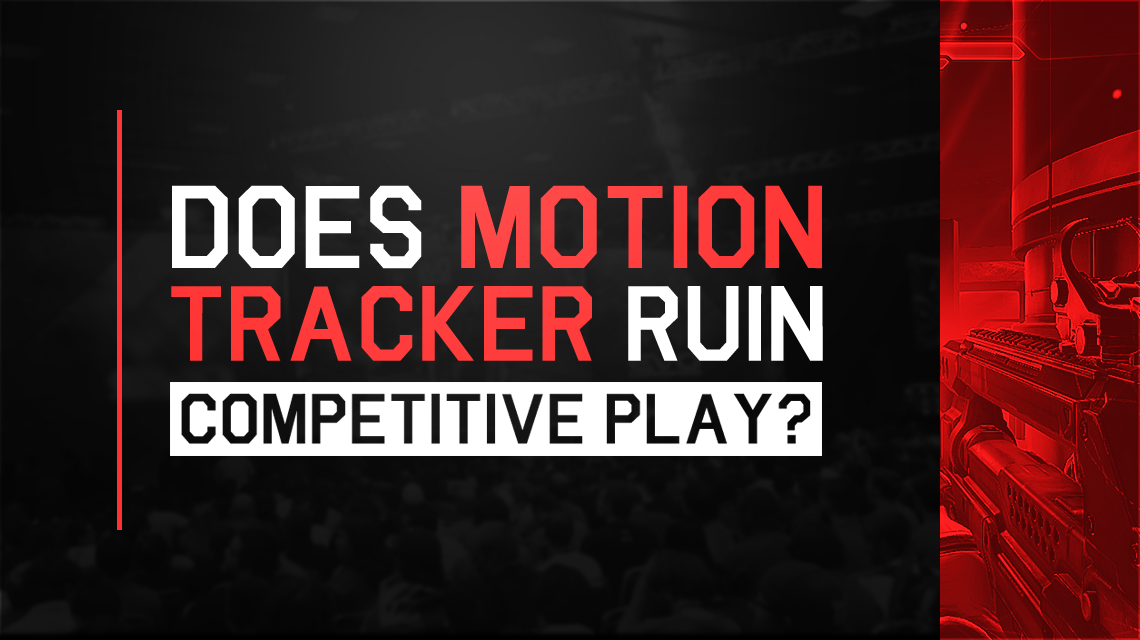 In the past, the community forthe most part was against motion tracker or motion sensor being incompetitive play. Many of us felt this feature promoted camping, aswell as getting rid of the excitement of not truly knowing whereyour opponents are at all times.

Unlike CoD’s trackingsystem that only makes you visible on the radar if you shoot,Halo’s system makes any player show up on the radar unlessthey are crouching. This means you could crouch in the corners ofmaps and most of your opponents would not even recognize you sincethey most likely would be more focused on looking at their motiontracker.

In the past with Halo’sslow paced no sprint mechanics, we felt that this would hurtcompetitive play and promote bad habits that could hurt a player’soverall awareness on maps. It was very easy to point out theobvious flaws that motion tracker has when there is no sprintinvolved, but with sprint being a very important mechanic inHalo 5, 343 feels that motion tracker is a necessarycomponent in competitive play.

With Halo 5 being the most fast paced Halo game to date, itis a lot harder to be aware of everything around you compared tothe no sprint days. Sprinting from one side of the map to the otherand jumping across multiple different platforms prevents you inmany situations from taking some time to be aware of yoursurroundings.

Although Halo 5 is not a“Run and Gun” game, you definitely do not have the timeto look around the map like you used to in past Halos. With thisfast paced style, 343 believes that playing Halo 5 competitively without a motion tracker wouldmake the game a bit too challenging for the majority of thecommunity. With it beingharder to play, 343 may fear that the challenging experience may betoo much for most players to handle and it may discourage many fromcontinuing to play a game that already has a large learning curveto begin with.

I both agree and disagreewith 343in this argument. Although I dobelieve that the game would be significantly harder to adapt towithout motion tracker, I am not too certain if getting rid of itwould hurt the community. Although getting rid of motion trackerwould obviously remove a lot of the players with a camping style, Ipersonally believe our community would be better off withoutthem.

As someone who has been a partof the competitive scene for several years, I can assure you thatcamping is definitely not the most efficient way to play the game.Hiding in a corner on a map waiting for someone to come to you soyou can kill them while your teammates are dying trying to gain mapcontrol makes playing the game unbearable at times. My personalfavorite is when some players would crouch walk across the map withthe speed of a turtle and doing absolutely nothing to help outtheir team just so no one spots them moving on the motiontracker. Although we havealways had to encounter individuals who play like this every onceand awhile, these past few months have been the worst with motiontracker being in competitive play.

In my opinion, the same fearssome of the past competitors had with motion tracker before arestill valid. Motion tracker over time does create bad habits and itdoes hurt a player’s map awareness. Although we may not see thesebad habits happen on a top level, many amateur players today arestruggling with these bad habits and I fear that the habits wouldbe hard to get rid of over time.

Another complaint I have withmotion tracker is using it on most maps. As many of you know, mostHalo 5 maps have multi-leveled platforms and as many of you haveexperienced, motion tracker does not do too well with theseplatforms. Countless times, I have had to turn around since mymotion tracker made it seem like someone was behind me but theywere an entire floor above me.

I do not like to believe that itwas my fault for looking at the motion tracker and preparing myselffor a potential individual battle since that is the whole point ofmotion tracker. This is ascenario that most players will face and, in my opinion, it issilly that we need to deal with this. To me, this shows that thecurrent motion tracker Halo 5 has not only promotes a bad play style, but itis also not designed very well for Halo 5’s maps.

Of course, this is all myopinion but if you ask me, the idea that it promotes bad habits andis not efficient for the maps we currently have is more than enoughto prove why motion tracker is hurting competitive play inHalo 5. I am not necessarily against the idea ofmotion tracker being in competitive play, but the current systemthat we have is definitely hurting us more than helpingus.

What do you think about MotionTracker hurting competitive play? Let me know in the commentssection below.

Image credits go to IGN, HaloWaypoint, Google Plus and GameRanx