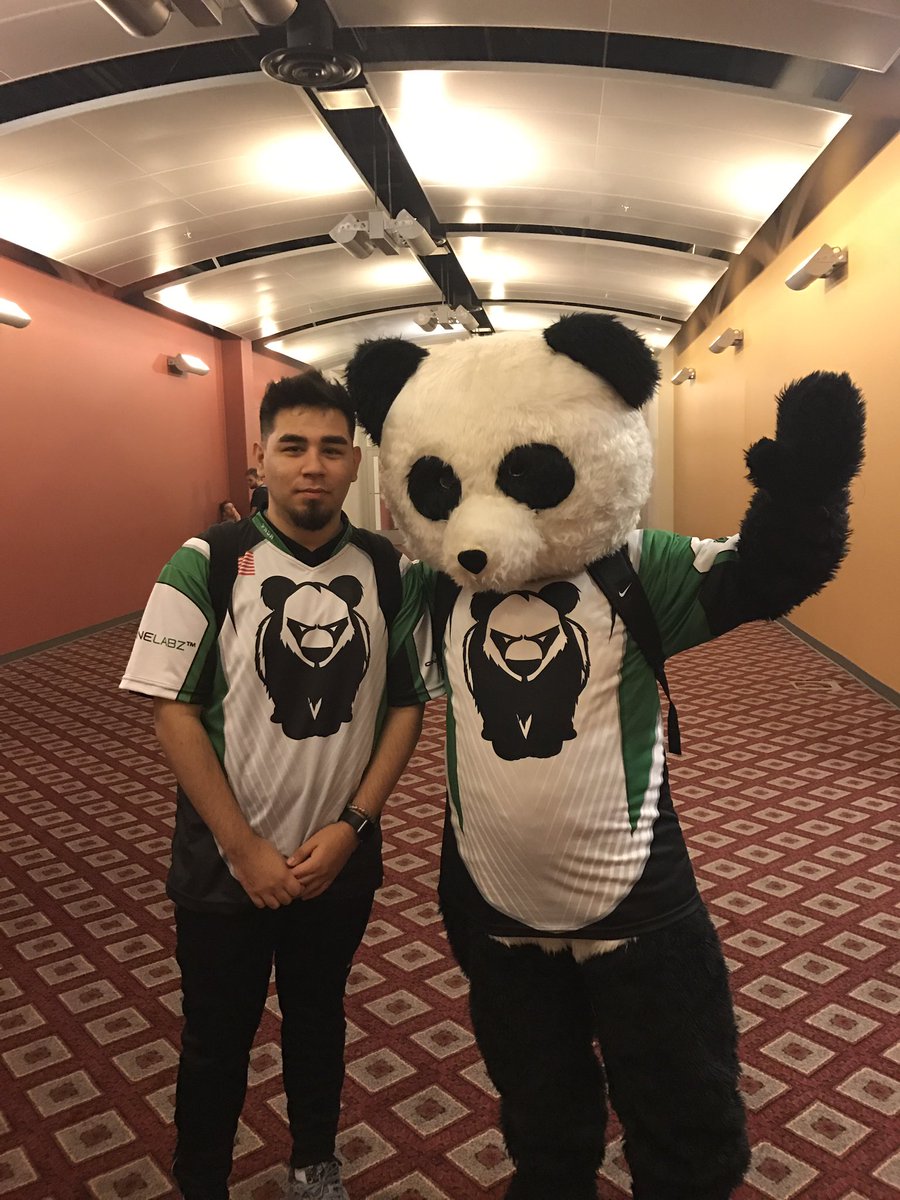 Carlos “Cratos” Ayala is a professional Halo player for Pnda Gaming, who recently qualified for Worlds at HWC Las Vegas. Cratos has overcome a momentous obstacle that may upset many of his haters. After the end of his time on Enigma6, some hoped that this would be the end of Cratos’ tenure as a pro, but after qualifying for Worlds, Cratos has proven to everyone that he possesses the ability to win, even without E6.

In this interview, I talked to Cratos about qualifying for Worlds, and even got into deeper subjects, such as his point of view on the decline of E6 and what changes he may make moving forward.

How great was it to qualify for Worlds?

Cratos: “It’s weird, I totally expected to do it. I had no doubt in my mind it would happen, but yet it still was a greater feeling than my run at Worlds last year. I felt like everything I have been through since relegation was all worth it.”

How confident was your team in being able to qualify at Vegas?

Cratos: “We are all really confident people. Sometimes, practice is hard online and we get blown out, but even though every team says they are a LAN team, my team is really a tournament team because the intensity we bring at events can’t be done every night online.”

What is it like teaming with the veteran Naded?

Cratos: “I don’t look at him as a veteran or anything, I look at all my teammates the same, as players that play with our hearts. Playing alongside him brings me a lot of confidence, though he had a few options to join other pro teams, yet he still chose to stay with me when everyone else counted me out. That makes me a better player.”

After the E6 breakup, has any bad blood formulated between you and any of the other players?

Cratos: “I mean bubu is my little bro. He was a part of my family for like half a year, so I have no problems with him. Suspector and I still talk and hangout, even though he backstabbed me so he could join the best team outside of OpTic and EnVyUs and win Worlds, but he’s still chill. Shooter, on the other hand, is probably the biggest snake I’ve ever met in my life. What he did to me is more than just a game, and for that, I will never forgive him. And the only reason I hope he does well is because bubu is on his team for now.”

Can you go a bit deeper on what exactly Shooter did to you?

Okay, but I do want to know more about E6’s downfall once all the chaos broke loose with E6 and StelluR. From the outside, it seems as if the drama StelluR and the media formulated was bound to take its toll on you and everyone else on E6. Competing with that additional stress must have been difficult, considering everything that was on the line, but would you say that the added distractions ultimately led to the end of E6?

Cratos: “It’s not as bad as people think it was towards the end. We all talked and all of us were on good terms with StelluR and we were actually going to stick, but we ended up dropping SteluR to team with our good friend Shooter because his team was struggling hard. We decided to go different ways with bubu and be a team-of-three, then Shooter left for bubu and then Suspector eventually left me. I don’t feel stress from the media; maybe they did, but to me, it’s whatever.”

Its great to have that all cleared up. Now, to my last point. Throughout your time being a pro, you have made several fans who are attracted to your boldness, while others feel that you may have ruined potential opportunities from it. What I want to know is with the chaotic situation that happened in E6 that many outside believed to be the end of Cratos after the breakup, do you feel inclined to make any changes to the way you act now that you are going to be representing Pnda in the biggest event for Halo, or will you stick to your old ways?

Cratos: “I love being bold and saying what everyone else in the league is thinking, but is just too scared to say it. Now, that being said, from here on out, I do want to work on being more professional as I represent myself and my team, but no, I will never quit saying the bold things that need to be said. Halo would be boring without me. I am Halo.”

This interview was a great opportunity for me to learn a bit more about Cratos, not only as a competitor, but also as a person. For quite some time, the general picture painted of this talented individual is one that is disrespectful and unappreciative of the opportunities that have come his way. After this interview, I still expect Cratos to be the bold, unapologetic figure he has always been, but I also believe that he has learned a lot from his past experiences and will think heavily on what he says and who he says it to. Cratos is without a doubt one of the most promising players to emerge in recent years and I can only hope that his career continues to flourish as he matures over time.

What did you think about my interview with Cratos?