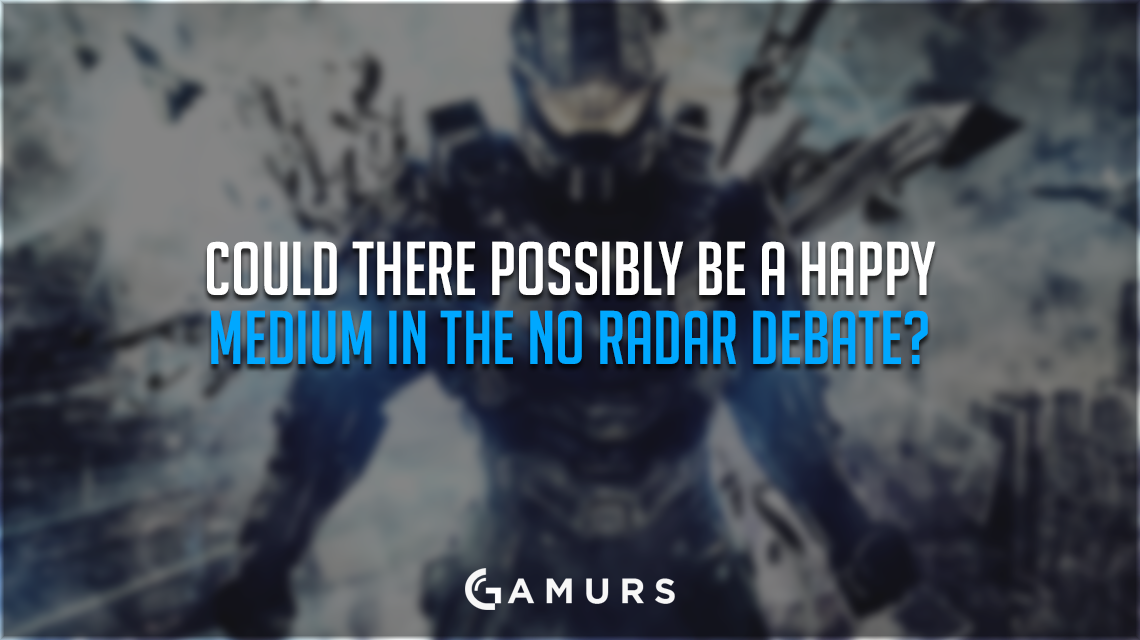 Ever since Beyond Entertainment’s recent No Radar Invitational showcase match, featuring Team EnVyUs and Luminosity, many of us were able to get a better understanding for the significance of radar within competitive play. This has led to many fans building more concrete opinions that have more fact and less opinion, therefore adding more significance to their argument.

While some were convinced even further that no radar improves everyone’s competitive experience within the game after watching the match, some were drawn to the exact opposite opinion; that radar is a key factor to the Halo 5 mechanics, therefore changing it may ruin the overall quality of gameplay. Judging by the match yesterday, I feel that both sides have a valid argument. Although I strongly stand with the idea that having no radar in competitive play will benefit everyone’s experience due to its proven track record in past Halo titles, I would be lying if I told you that the questionable mistakes and at times sloppy play by the two teams yesterday didn’t make me think just a bit that maybe radar should stay at least for Halo 5.

As passionate Halo fans, most of us are very reluctant when it comes to compromise. Many of us strongly believe that our opinions are the only right opinion and those who think differently are just clueless. As the tension between the community grows over the radar feature, we will eventually have to come up with some sort of conclusion to this argument. Not everyone will be satisfied, but most will and the rest will eventually accept it. The way I see it, none of us, myself included, will get the exact conclusion we want in this argument, but I am personally willing to accept any compromise.

My primary argument and what I believe is the community’s primary argument with radar is that it promotes camping. The fact that your dot on the radar disappears the moment you crouch makes it extremely intriguing for those who may be struggling to keep up with the rest of the pack. Many view it as an easy solution to their dilemma of getting kills and staying alive, but the moment you start doing it, it can quickly become a very bad habit. Although I personally don’t like radar as a whole and would rather see it out of competitive play completely, the one aspect about it that I feel truly ruins competitive play is that your dot will disappear the moment you crouch, therefore influencing a very poor style of play.

In my opinion, making each player’s dot on the radar stay visible even when they are camping will be the least controversial solution to this dilemma. Those who dislike the radar will now have what I believe is the primary issue taken care of and those who want radar to stay will still have their feature in the game, but it wouldn’t be as irritating for those who dislike it.

Another solution to the problem that may be a bit more complicated is making every player’s dot on the radar invisible unless they shoot. This is a method Call of Duty has used on their radar and I personally believe it can be effective in this conflict. This solution would essentially get rid of the problem with camping, as campers won’t be able to see anyone on their radar unless they are shooting, which will make the game feel more like traditional Halo since you would need to use your eyes and ears to find your opponents. I personally view this as killing two birds with one stone.

These are two ideas that I believe would be the best compromise to our community’s current dilemma. Although some may not be completely satisfied with them, I believe that most would be willing to accept at least one of these solutions.

What do you think about my two solutions to the no radar debate? Let me know in the comments section below or tweet us @GAMURScom.