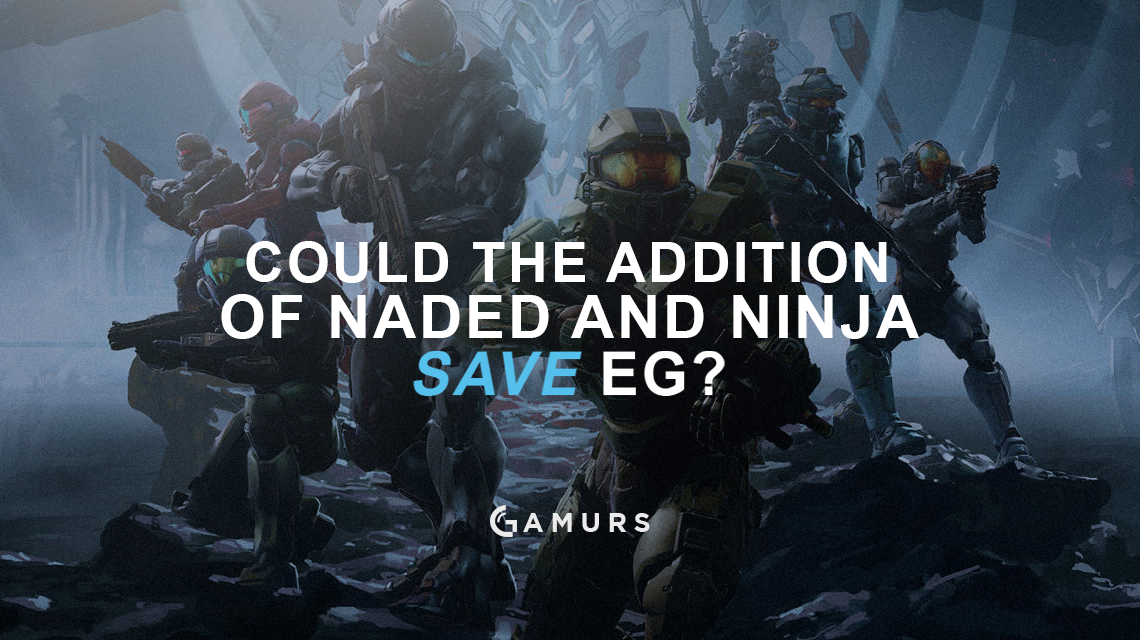 With several rumors flying around about Evil Geniuses (EG) captain Eric “Snip3down” Wrona joining Team EnVyUs and EG player Ayden “Suspector” Hill joining Team Liquid, many are curious to find out who may be suitable replacements for these two high caliber players and join the great duo of Justin “Roy” Brown and Jason “Lunchbox” Brown.

With EG on the verge of a massive collapse due to their inability to compete with their great rivals Counter Logic Gaming last season, EG is desperate to find the right formula to achieve their main goal of defeating CLG. Whether or not Snip3down and Suspector are willing to assist this club on their journey, EG’s primary goal still remains the same.

Recent rumors have started to fly around about free agent player Brett “Naded” Leonard joining this club, as well as Tyler “Ninja” Blevins, who would be leaving Cloud9 to do this. Although nothing is set in stone just yet, I think it would be interesting just to go through this scenario and give my predictions on whether or not this team would help or hurt EG.

If Naded and Ninja were to replace Snip3down and Suspector, EG would lose some of its ability and gain some at the same time. The Snip3down and Suspector duo provided EG with a nice combination of great talent and leadership. Although Suspector was not the most experienced player joining EG, he is a player with great talent and with the help of Snip3down, who is also a very talented player who provides this club loads of experience and leadership, it created a healthy balance of talent and experience.

With the addition of Naded and Ninja, you will get much more veteran leadership as both players have years of experience under their belt, but some fans may believe that EG will lose some talent due to many believing that Snip3down is an overall better player than both Naded and Ninja, while Suspector is already a very talented player with much more untapped potential that we will witness as he grows.

One fact that is undeniable is that if this roster change were to come true, EG will lose a lot of valuable chemistry, which would take a very long time to rebuild. The trio of Snip3down, Roy and Lunchbox has lasted ever since 2014 and they have been through a lot together, making me believe that this chemistry they built will never be matched with the addition of Ninja and Naded. Although chemistry isn’t the only factor to a team’s level of success, it certainly is a crucial one and although I’m not saying that Ninja and Naded can’t build solid chemistry with Roy and Lunchbox, I am saying that what Roy and Lunchbox had with Snip3down was truly something special and it simply cannot be duplicated with anyone else.

Personally, I am a bit curious to see how Ninja and Naded will mesh with Roy and Lunchbox. Naded and Ninja have not teamed with each other ever since their time on Team Turning Point back in Halo: Reach and since this time, Ninja has improved greatly as a player and has gone from being just a big time playmaker to being a matured and experienced leader who can take charge in any situation.

Back when they were on Turning Point and when the roster also consisted of David “Walshy” Walsh and Austin “Mikwen” McCleary, Naded and Walshy were the older veterans on the team who took the young guns Ninja and Mikwen under their wing to help develop them as players. With Ninja maturing so much, I doubt Naded could help Ninja in this sense as much as he did in the past, but that still doesn’t mean this duo won’t work well together. With their chemistry from the past and with the experience both of these players bring, EG will become a much more disciplined team that most likely won’t be making the mistakes that are typically made by younger rosters. This could be a great benefit for EG considering that they had a very hard time being able to close out games last season with the team making questionable mistakes in the very end of close games.

Naded and Ninja coming to EG may very well be what this club needs ever since the departure of Tony “LethuL” Campbell Jr. A nice combination of talent and even more experience may turn EG into the composed and dominate powerhouse we all knew them to be. This may just be a massive rumor at the moment, but in my opinion, with Snip3down heavily considering a switch to EnVyUs, a roster storm may once again commence just like when LethuL joined CLG. Thus, the Naded and Ninja duo may very well be a possible option for EG if this were to happen.

Do you think the addition of Naded and Ninja can help save EG? Let me know in the comments section below.
Zachery Chevere can be contacted on Twitter @PmL_Zarhaz