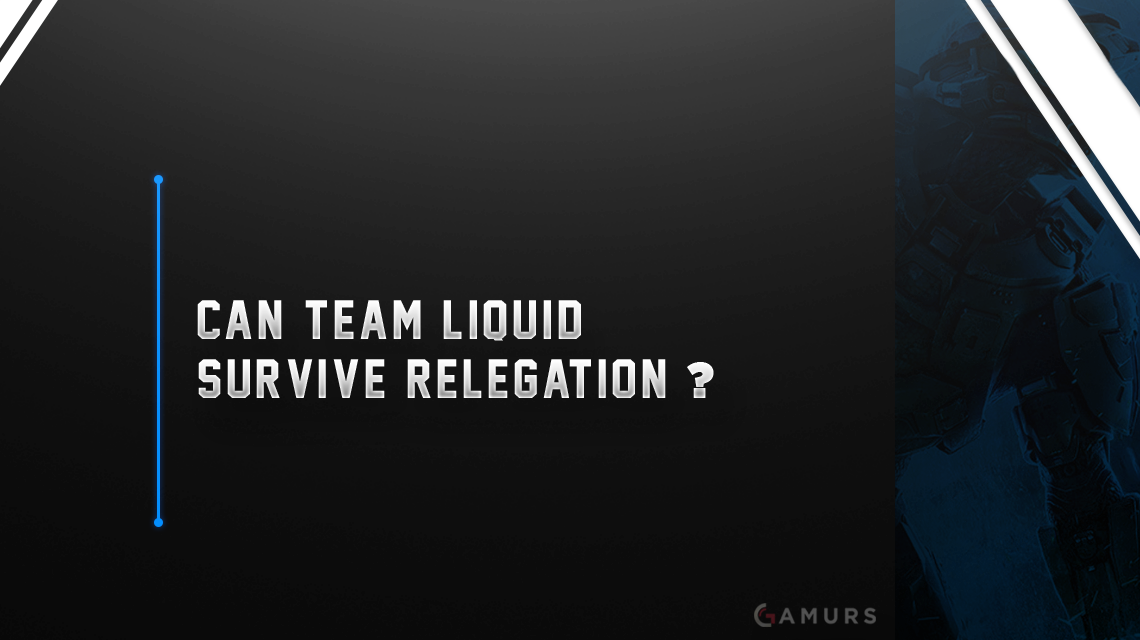 Whenever a team makes changes tomove up in the rankings but instead falls down greatly, it tends toput a sour taste in the mouths of everyone on that team; working sohard to make your team a championship contender, only to be on theverge of losing it all with the possibility of you losing your ProLeague spot. Team Liquid’s season has been a completedisaster with the possibility of even more chaos happeningtomorrow.

A lot of people view Liquid andOpTic Gaming as two similar teams because both have had a veryrough season. Although both teams have been horrendous this entireseason, Liquid’s track record in Halo 5 is much different than OpTic’s.

Once upon a time, Liquid was acontending team and although they have never been a top-three teamin this game, they still always had their run in events and onlinetournaments that made you think that they might just be able tomake something happen. For the longest time, Liquid was a team thatsat right outside of the top-three rankings.Averaging top-eight placings, Liquid know that they had whatit took to make a top-three push and possibly even win atournament.

After last season and consistenttop-eight placings, the team felt it was time to shake things up abit. Aaron “Ace” Elam went to OpTic, Richie“Heinz” Heinz went to Team eLevate and the duoof Tyler “Spartan” Ganza and Braedon“StelluR” Boettcher joined this team in the hopesof making Liquid a serious top-three contender. Although this team placed third in theHCS Pro League Summer Qualifier of 2016, this was the last timeLiquid earned a top-three placing thisseason as they started their quick decline in therankings.

Although Liquid has made a bit of animprovement being able to get a higher placing than OpTic with aseventh place finish, this is not saying much considering that theyonly have two wins under their belt. However, I have noticed thatLiquid seems a bit more in sync compared to the beginning of thisseason, making me believe that it could be possible that Liquidjust had a late start to this season.

In the beginning of the season,I said that Liquid had the same level of talent as EnVyUs and thattheir primary problem was being able to work together to close outgames. This became the unfortunate reality for this team with themconstantly choking in crucial situations, causing them to loseconfidence in themselves and making things worse by possibly evenarguing with each other after these hard loses. Although I have noidea how this team communicates with each other, I do know thatLiquid is playing much better than they have before and this boostin performance can take them a long way comerelegation.

Coming into the relegationtournament, I do believe Liquid is going to be playing with a lotof determination to redeem themselves from this disastrous seasonand show everyone that although they may have played worsethis season, all hope is not lost. Although I do not believe theywill be playing any harder than any of the other three teams,considering that all four of these teams will be giving it theirall since they all want to get into the Pro League next season, Ido believe that Liquid is going to be playing at a level we havenot seen them play at in a while.

Liquid is a very talented teamon paper and with the struggles of the regular season behind them,all Liquid needs to think about is doing well in relegation. Thisteam has all the necessary components to do well; all they need todo is execute their plan and stay in the Pro League. This will notcome easy, but this team knows what they are capable of doing whenthey are in sync and they will do their very best to make thingswork out.

What do you think about Liquidsurviving relegation? Let me know in the comments sectionbelow.