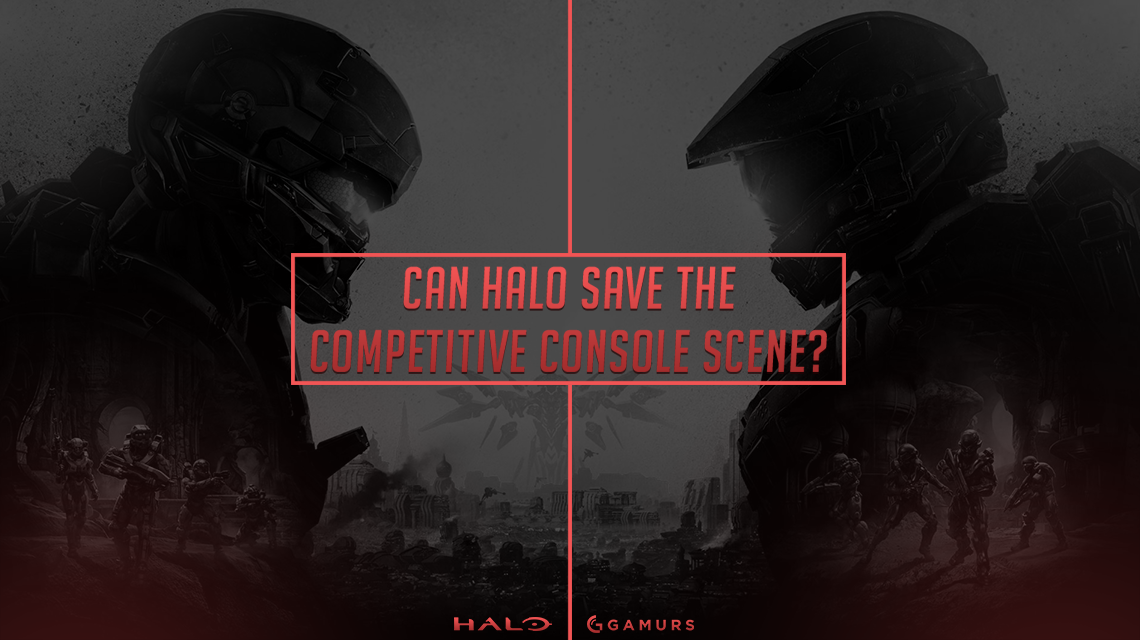 The war between competitive PCplayers and competitive console players has lasted for years. Bothsides believe that their technology is more suitable and moreattractive to the competitive scene.

Although recent years have beenmuch more in the favor of the PC player with eSports giants such asLeague of Legends, Dota and Counter Strike:Global Offensive leading the pack, Halo has continuously beenin the forefront of this debate defending the console since 2001.Ignoring all the rumors that competitive Halo may switch to PC andfocusing only on Halo’s steady growth in recent months, couldHalo potentially save the competitive console scene?

Halo is a well known franchisethat pretty much everyone in the competitive scene has someknowledge about. Being one of the older franchises in the scene,Halo has undergone multiple adaptations to maintain its life andHalo 5 proved to be one of the more successful adaptations. Withmany people finding many positives about the game, competitive Halohas quickly grown in numbers and, although it is nowhere near thelevel of the top games, Halo is continuously showing signs ofgrowth. With Elecetronic Sports League and 343 Industries showingeven more dedication to the competitive scene each year, thisgrowth is predicted to maintain its steady pace for a while, but noone is certain if Halo will ever reach the heights of the topgames.

With Halo being the top loyalfranchise to Xbox, Microsoft is trying their best to provide thegame with as much support as possible but in order for Halo thetruly skyrocket, a team effort with everyone involved is necessary.When you look about LoL, Dota and CS:GO’s community, you seea lot more than just a bunch of fancy leagues with millions ofdollars to put out in tournaments. You see a hard working communitythat does its best to provide their community with quality content.From YouTubers to streamers and even community made organizationswho sacrifice so much to get to their position, you can quicklynotice the level of hard work that was put in to make thesecommunities massive.

Although Halo is starting torecognize this dilemma and some are taking action, the scene need alarger effort from the entire community to really get the ballrolling. Content creation in a large scale equals to significantgrowth. It is a proven method that has helped multiple games,including Call ofDuty, which isjust like Halo in the sense that they also were hungry for growth.With little support from their developers at the time, CoD’scommunity independently grew their scene through content creation.Pro player Matt“Nadeshot” Haag was in the forefront of thisrevolution by continuously providing his fans with competitivecontent that constantly promoted the game. As his fans grew, so didthe community. After a few years, CoD was near the ranks of the topcompetitive games. CoD’s journey is a perfect example of whata dedicated community can do to a franchise if some hard work isput in. Although things may not work out in the same fashion ifHalo were to show the same level of dedication, I can almost assureyou that with the rise of content creation, competitive Halo wouldbe much more attractive to the gamers outside of its community andit will most likely lure thousands of new faces into the scene.Every bit of content is a new form of promotion for Halo and ifthere is enough dedication from the community, Halo may have areal chance to skyrocket in growth and allow the competitiveconsole vs PC debate to actually be competitive onceagain.

What do you think about Halopossibly saving the competitive console scene? Let me know in thecomments section below.