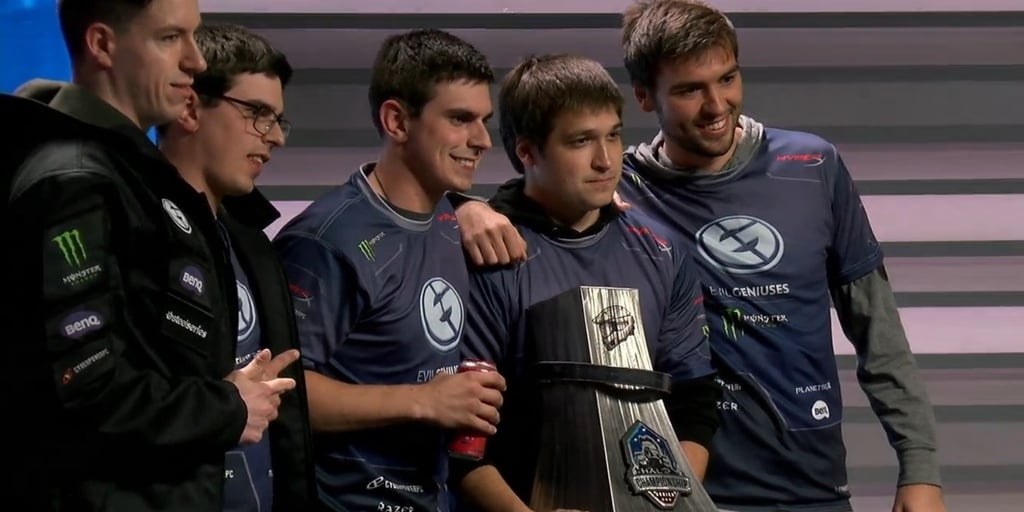 Throughout this past HCS season, I spent most of my time studying Evil Geniuses’ Halo team and watching how they perform against the other pro teams. I focused primarily on their communication and chemistry because I feel that those are the two reasons why they are so dominate. What I have noticed in Season 2 compared to Season 1 is that EG seems a little more vulnerable than in the past. This level of vulnerability is very small to me, but it is enough for them to lose games to teams that I think they should demolish.

I started to notice this when EG started scrimming this season. Many of the lower level teams began taking a game or two off them and I could tell that EG was getting frustrated. They didn’t really know what was causing them to lose these games and the last thing they wanted to do was play the blame game on each other. Personally I feel the main reason that they lose in these situations is because of their strong level of confidence and a new generation of talent forming in the pro scene that they aren’t familiar with.

In both Season 1 and Season 2 many of the pro players were relatively new. They were either players from the AGL days (Halo 4) or have just started to get high placings in the HCS. As we have seen from the past, when newer players enter the scene they bring in new strategies and techniques that can surprise even the best teams. This can lead to usually incredible players being turned off because they are so used to playing against the same teams over and over again. For example, in the second PGL 10K tourney of the year eXcellence Gaming won. They had to play against most of the top teams. They managed to beat Denial eSports, Evil Geniuses and Team Liquid. What caused them to win was not their overall talent, but their chemistry and very unique play style that caused their opponents to be very surprised.

Coming into this new game I think EG will continue to have this problem but the last thing they should do if they want to maintain their strong presence is let their frustration out. What they should do at this point is study the teams that are outside of top 4 and better understand how they play because what I have noticed is that in both online and LAN, EG struggles to close out on easily winnable matches against many of these teams. Now, I’m not saying that the other top 4 teams are no competition for EG, but when they lose games to these lower level teams it makes them aggravated and can affect their level of composure throughout the entire tournament.

EG has found so much success in Halo 2 Anniversary that they are at the point where the only thing they can do is keep on winning. The way you do that is by always staying one step ahead of your opponents, not just the ones that are top 4. There is so much talent in the HCS that even the teams outside of top of the standings can take out EG, as we have seen before. Its just up to EG to decide whether or not they want to focus more on these lower level teams. EG’s success is completely in their own control.

What do you think about EG? Do you think EG will continue their dominance in Halo 5? Let us know in the comments section below and remember to follow us here at eSports Guru for all your Halo and HCS content needs!