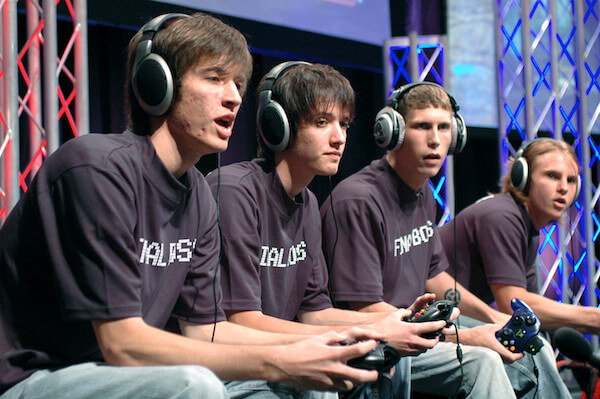 Throughout the years, competitive Halo has been through many changes. Some good, some bad, but all changes have had a major effect on the community. In the beginning ages of competitive Halo, Halo and its primary event hoster, MLG, were both relatively small in the eSports scene. In fact, it wasn’t until 2006 when MLG got their big break when they signed a contract with Spike TV that allowed them to broadcast their events on the Spike channel, attracting thousands of new players. Until that time, the Halo community and MLG were struggling to do every event and none of them would have been possible if it weren’t for the strong support from the Halo community. There was even a time at the beginning when you would need to bring in your own TV to compete in the event. There is no doubt that the first few years of competitive Halo were a struggle, but the communities bond and appreciation for MLG and their strong love for competitive Halo helped the community fight through this big hump in Halo history.

After MLG’s contract with Spike in 2006, several new doors opened for competitive Halo. Several big companies such as Dr Pepper came into the scene with interest in having a team represent them. The decided to chose a team by the name of Str8 Rippin, ran by their captain and veteran Halo player Tsquared. After their sponsorship, the team went on to win two major championships and place very well all the way into the end of Halo 3. As time went by, companies such as Ballpark, Red Barron Pizza, and Hot Pockets decided to sponsor MLG, which gave them tons of money to spend on their event and increase the prize pool for the players.

Everything was going very well until late 2010 when Halo: Reach was released. At this time, Call of Duty MW3 was also released and MLG decided to add the growing CoD team to their Pro Circuit. Halo was forced to compete against a massive CoD community for almost a year. The viewership for both games were extremely lopsided and MLG started to even lose money off of Halo. MLG was already very tight with money since they were running events that had Halo, CoD, Starcraft, and Smash all in one venue, so to keep a struggling game in this line-up was not an option. In mid-2012, MLG announced that they are going to drop Halo from their Pro Circuit. This was the first time in a decade that Halo was not going to be in an MLG event. It was very shocking for everyone in the community. Many were very angry at MLG but none could say what they did was bad. The fact was that Halo: Reach in the beginning was not liked by most of the community and the Halo community was nowhere near the size of the CoD community.

In late 2012, MLG gave Halo another chance with the launch of Halo 4. They picked up Halo in their MLG Dallas event, which also featured CoD: Black Ops 2. Almost instantly, you could tell that MLG was putting a lot more work into CoD than Halo. The venue for Halo didn’t even have seats and was much smaller than the CoD venue. This event was also going to decide which game was going to be put into the Pro Circuit, so after the event almost every Halo player knew that Halo was not going to get picked up. About a month later, MLG announced that CoD: Black Ops 2 was going to be their game for the Pro Circuit and most Halo players were not surprised.

For about a month after that, competitive Halo was silent until AGL, which was a small up and coming event hoster, announced their latest event which would be in Chicago. Many pro players didn’t think the small prize pool would make it worth going, but many still wanted to attend. Overall, the event was a success for AGL and convinced them to start a series of events for the coming months. These events brought into several new faces who you may now know as pro players. These players are DomeRocked, Spartan, Sucpector, Cratos and El Town.

Now that we are now under ESL, competitive Halo is a lot more stable than it was in the past, but that doesn’t guarantees that it will stay this way. What do you think? Let me know in the comments section below.