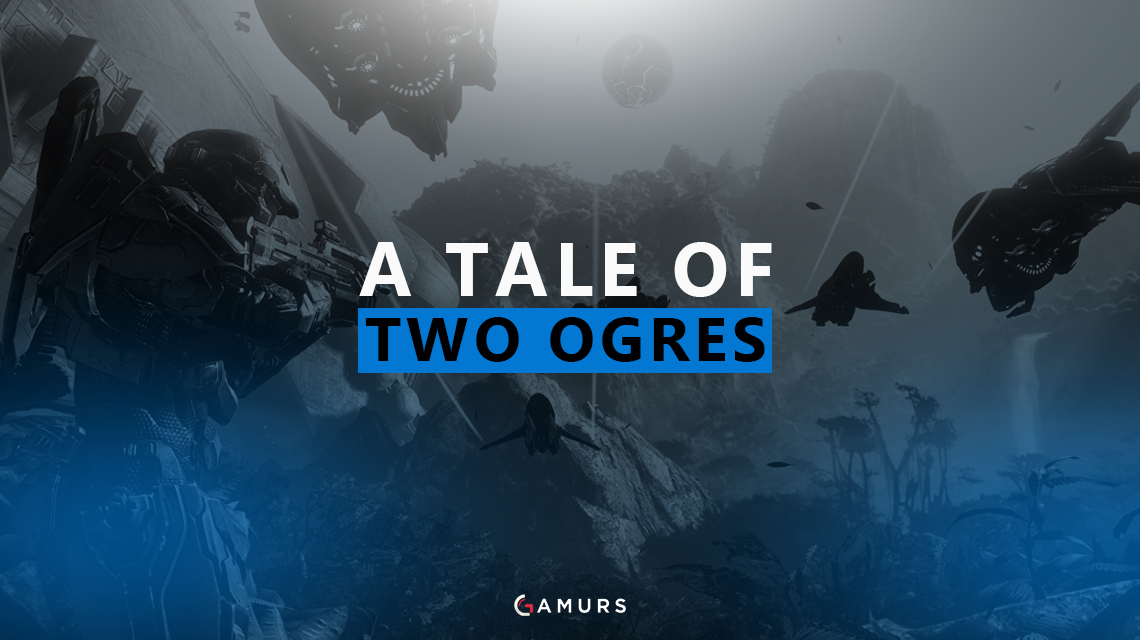 Throughout the history of competitive Halo, the strongest duoshave always been twins. Specifically one set of twins. That wouldbe Daniel and Tom Ryan, more

commonly known by their online pseudonyms, OGRE1 and OGRE2. Theyeven had their older brother, Marty, come in and coach them for atime.

Competing since 2003, these Ohionatives are among the greatest players in all of esports. But withthe recently announced retirement ofOGRE2, it seems likethat domination has come to an end.

Now that the dust has settled,what can be said for these two brother’s impact on the game?No one can object that their story is the story of competitive Haloitself, many even calling OGRE2 the greatest of alltime.

From the beginning, they weregood. Maybe too good. Playing under the name “Shoot ToKill,” they quickly rose to be some of the best. Althoughmissing the first ever MLG tournament, they soon made up for it.Between the years of 2004 and mid 2008, spanning 32 events, the twonever finished lower than second at an MLG event and along the waythey picked up countless other wins.

To understand what an incrediblefeat this was, one must recognize the state of Halo at this time.This was before the decline in Reach, back when tournaments wouldhave hundreds of teams in attendance. Some events were evenbroadcasted on national television.

During their period ofdominance, their success went beyond the typical MLG tournaments.Over the course of their careers, the OGRE twins won the WorldCyber Games, once considered to be the “olympics ofesports.” While the events never really lived up to theirname, it was one of the most interesting international events inthe entire history of esports.

Their teams had many names,Shoot to Kill, Domination, Team3D, Final Boss, but one common trendconnected them. They were always the best. The name “Final Boss” even becameso associated with MLG that the company still refuses to let anyoneelse use it and they even still sell merchandise with theteam’s branding.

But everything changed at MLGSan Diego 2008. For the first time ever, Final Boss waswounded. During thewinner’s bracket, in the third round, Final Boss did not onlyjust lose, they were 3-0’d by Believe the Hype. This markedthe earliest defeat of Final Boss in the entire history of Halo. Toadd insult to the injury, Believe the Hype was considered to benowhere close to Final Boss skill wise, they were the ninth seedand a team of young up-and-comers.

Most assumed that this was afluke, that Final Boss would have an incredible loser’sbracket run and still manage to come out on top. Only two roundsinto the loser’s bracket, they were beaten by Trigger’sDown. Final Bossfinished seventh, the lowest as a team and the first time that theOGRE twins had ever finished below top two in an MLGtournament.

The team never really recovered.After finishing fifth at the next event, MLG Orlando 2008, thetwins opted to drop Walshy from the Final Boss roster. At the time,Walshy was considered to be the best of the best, but Final Bossneeded to change. They could not continue with mediocrity, theirname was synonymous with success.

Picking up Neighbor from Str8Rippin, they would finish third at the next two events, Toronto andDallas. In the end, the team only managed to place fourth at theseason championship in Las Vegas, where they were eliminated fromthe tournament by Walshy’s new team, Instinct.

At the end of the 2008 season,when fans thought that Final Boss could not surprise them evenmore, the unimaginable occurred. The OGRES splitup. OGRE2 remained amember of Final Boss, picking up a completely new roster for theupcoming season. OGRE1, on the other hand, was swept aside to playfor a team known as “The Incredibles”. They played atonly one event, the 2009 opening. They finished 23rd.

After this, OGRE1 retired. Butit was not only his failures that led to his retirement. He quicklymoved on, found a girlfriend, had a child and even moved to theother side of the world. He continued to play Halo, now competingin Australian events. But, outside of a brief return with hisAustralian squad, Team Immunity, playing in the MLG FallChampionship in 2012, he was more or less finished. He was nolonger the hyper competitive OGRE1, instead he was now just DanielRyan.

OGRE2 trudged on with anuneventful season. This new Final Boss tried out a handful ofrosters, never placing higher than third. They had, however,reached a new low. Another first for the team, they had for thefirst time ever finished a tournament without winning any prizemoney. This was MLG Anaheim 2009, where they were narrowly beatenby Heaven and Earth to push them into ninth place.

Despite his brother losing hiscompetitive drive, OGRE2 could not accept this mediocrity. Enteringinto 2010, the last season of Halo 3, Final Boss debuted yetanother new roster. This was what the team needed. Final Boss hadfinally returned to form, this year not placing any lower thanthird, which was the first event of the season and one that theyplayed with Totz instead of eventual member,iGotUrPistola.

But most importantly, 2010 wasthe year that OGRE2 won another national championship. With a dryspell of three years, it was about time that he claimed his titleback.

The next season offered aturbulent transition. Entering a new game, one that useddrastically different mechanics such as bloom, no one was quitesure who would come out on top. Returning to Dallas for the seasonopener, the previous year’s national champions only placedtenth.

This marks the end of the realFinal Boss. Following this dramatic defeat, ORGE2 abandoned thename and moved to Instinct to form the true “Godsquad.” Sticking together for all of Reach, and even playingthe one Halo 4 MLG event,  this was truly the return of theOGRE2 that the scene remembered.

Winning four MLG events,including the 2011 national championship, things were beginning tolook up for him. But Reach was already seen as a subpar game, andno one was quite sure where the scene would be heading with 343itaking over development from Bungie.

Halo 4, as expected, broughtsignificant change. Some even went as far to say that it was noteven a Halo game anymore. These changes were seen as making it lesscompetitive, the game only lasted one event on the MLG circuit, thecompany now focusing on Call of Duty as its flagshiptitle.

While there were a handful oftournaments outside of MLG, namely AGL, OGRE2 decided that his timecould be spent more productively than playing Halo 4. So, hefollowed MLG and entered the Call of Duty scene.

Many assumed that his successfulcareer in Halo would carry over to Call of Duty. They could nothave been more wrong. He played here and there, entering a handfulof tournaments with the goal being to qualify for the WorldChampionship. He barely made it in the first year, and did not evenqualify the second. For some, they saw his CoD career as a joke, ablemish on his legacy. But something amazing came out of it. Hestarted teaming with Snakebite and Royal 2.

Both of these players had beenaround the Halo scene for quite some time, neither had theirbreakout until Halo 3 and neither saw legitimate success untilHalo: Reach. Much like OGRE2, they fled to CoD during the declineof Halo.

The fact that OGRE2 became friends with and started playingwith these two players is what allowed him to mount his return tocompetitive play with the release of Halo 2 Anniversary. Startingout by reviving the classic “Shoot to Kill” team name,they would go on to be picked up by one of the greatestorganizations Halo had ever seen: Counter Logic Gaming.

Throughout H2A, they wereconsistently a top two team. Seeing a decline in Halo 5, the teamneeded to improve to climb back to the top. Inevitably, OGRE2 wasdropped for Lethul, a change that would cement CLG as the best teamin the world. This was the first time that OGRE2 had ever beenlegitimately dropped from a team, cast off to play for Team EnVyUsand eventually finding himself playing for the Denial eSportsroster that he retired with.

Perhaps his recent departurefrom the competitive scene through his time with Denial was not thebest way for OGRE2 to finish his career. But at least he placed inthe top eight instead of finishing 23rd. Many could see this endcoming though. He had a long time girlfriend, recently purchased ahouse and is moving into what same may call “the realworld”.

No matter how they finished,Daniel and Tom Ryan will always be remembered as two of thegreatest, if not the greatest, players to touch the game of Halo.The scene owes them for defining how the game is played anddominating for years at a time.

Competitive Halo, and evenesports on consoles in general, often get brushed to the side byfans of PC gaming. The OGRE brothers stand as a testament as to whythis is wrong. The greats can be found anywhere.

How do you feel aboutOGRE2’s retirement and he and his brother’s career as awhole? Let us know in the comments below or tweet us @GAMURScom.
Patrick Cowley can becontacted through email at [email protected] or onTwitter, @PtrckCowley.