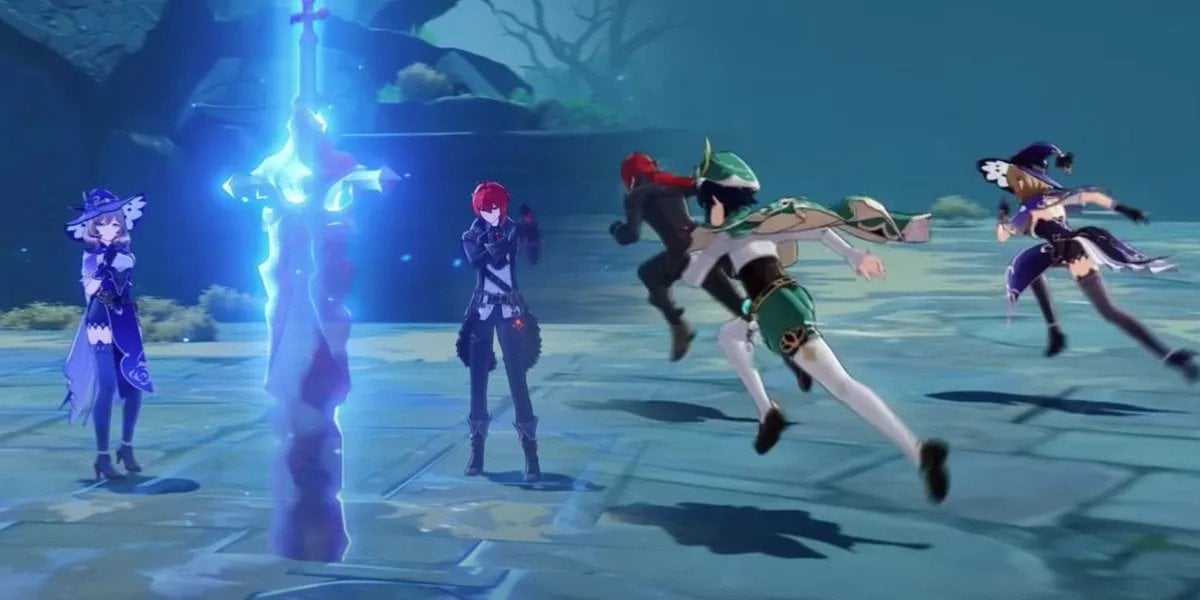 Genshin Impact was 2020’s biggest sleeper hit of the year. It is a gacha-style open-world RPG based in the fictional land of Teyvat. You play as a Traveller looking to free your captured sibling before getting embroiled in the overarching plot of the game. Sporting charming anime-style graphics and a staggering amount of Breath of the Wild comparisons, the game has something for everyone.

Genshin Impact was such a success that almost two years after launch, the game is still going strong with multiple updates and additions to character rosters and locations. With the introduction of update 3.0 and the addition of the new Sumeru region along with new additions in the form of the elusive Dendro users, this is the best time to start playing Genshin Impact if you don’t already.

With its massive open world filled with something to do at all times, the first question that comes to mind is whether you can share this experience with your friends. So is Genshin Impact a multiplayer game?

The good news here is that yes, Genshin Impact does have multiplayer features. Although these features are not instantly accessible to players starting out in the game, it does arrive fairly early.

Multiplayer features are unlocked as early as Adventure Rank 16 and it does take a while to get there for new players, but with the myriad of early-game quests and activities, you should be able to get there sooner than you think.

Completing the tutorial and playing through a few main quests and side quests should get you to Adventure Rank 16 in about 10 to12 hours, and that’s a generous estimate. If you adapt to the game’s mechanics faster, it should take you lesser time than that.

Explore the world at your leisure to speed up this process, because simple actions such as world traversal, puzzle solving, and opening chests give experience points towards leveling up your Adventure Rank.

How to unlock co-op in Genshin Impact

Beating most of Genshin Impact’s early game challenges should get you hardened enough to play with other players. These early challenges include daily quests, which get refreshed every day, along with a variety of expeditions to undertake and dungeons to explore. These features of the game should get you prepared for what comes later.

Once you finally level up to Adventure Rank 16, co-op should unlock automatically and its additional features can be found in the main menu. There are a variety of activities that you can do together with other players. One example would be the dungeons called Domains. This feature lets you find someone else that wants to play the same Domain and you can team up with them to finish it together.

How to play co-op in Genshin Impact

After multiplayer unlocks, you should be able to join other players’ worlds to do quests together. Similarly, they can join your world as well, unless you decide to impose certain restrictions. Regardless of how you join up with other players, there will always be one host of the multiplayer session.

Once you’re able to see other players, you are free to roam the world with them or do activities together. Communication between party members is pretty streamlined in the game, making for easy conversation and discussion regarding how to proceed.

Although, there is one major noticeable change that becomes apparent very quickly once someone joins your game or you join theirs. That change involves balancing the party out to accommodate other players.

By default, you are allowed to free-roam with four characters in your party at most. This changes when you join another player’s session or they join yours. Depending on how many people are present in the party, the number of available characters will vary.

This is specifically done to balance out the parties and it encourages teamwork between party members. You will have to find character and element combos that work to your advantage based on the activity you are planning to tackle. Coordination is key here and always discuss your plans with your teammates to ensure that the party functions smoothly.

Before getting to the restrictions, it is worth mentioning that Genshin Impact does have crossplay features. This allows players on PC to play with Android and iOS players together with cross saves included between these platforms as well.

Apart from this, there are further restrictions on what you can and cannot do during co-op. These are the activities you can do together:

These are the activities you cannot do together:

One major thing to note here is that restrictions only apply to party members. The host can still do all of these activities, which is fair because the game does not allow other party members to take away treasure and other rewards which belong to the host.

The final restriction here is that players are not allowed to use multiple of the same character in Domains. This does not apply to the open world, however, as the game lets you use four of the same characters when you go around traversing the world of Teyvat together.