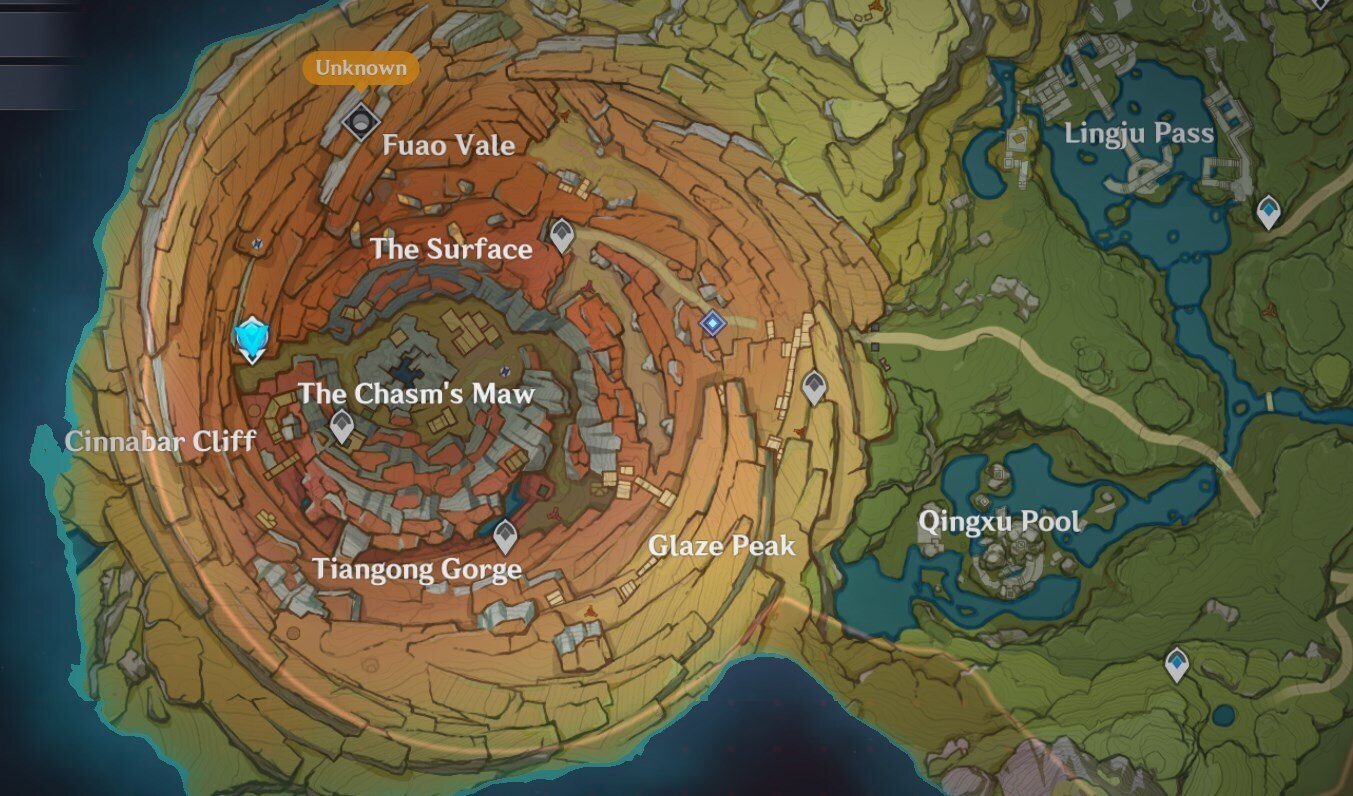 Genshin Impact has been touted for having one of the best open worlds of most modern games. Not only is it full of active content everywhere, but it also holds a lot of secrets that only the most observant of gamers would generally notice. One of the newest areas released in the 2.6 update in March was The Chasm and its Underground Mines.

Upon venturing down into The Chasm’s Underground Mines, players are free to explore the ruins. Eventually, they will run into a locked gate northwest of the Ad-Hoc Main Tunnel. This gate ends up impeding any further investigation until it is unlocked. The gate locks a good portion of the Underground Mines as well as a Hidden Exploration Objective involving the Orb of the Blue Depths.

Before we learn how to open the locked gate, we must first know where to find it.

Location of the Locked Gate

This location can be accessed by going straight north from the closest teleport waypoint. There will be a small path here that players can see on the minimap. Following this path all the way to the end will lead to players finding a glowing investigation spot. Interacting with this spot will provide players with the Miner’s Key.

This might be a little confusing because there are four other investigation spots along the way. For the best results, it is advised to check every spot to acquire all of the loot along with the key.

Once the key is acquired, head back to the locked gate in the Ad-Hoc Main Tunnel and use it on the gate. This will open the gate and upon entering it, players will run into a Skeld along with a Precious Chest.

Choosing to explore the rest of the room will lead to another gate at the edge of the room. This one does not need a special key, however, and can be opened normally. This area leads to the northern cave which provides more rewards including a Lumenspar and some more chests.

One last thing of note is that if players keep venturing north from here, they will find a path blocked by Exploding Barrels and a huge rock. Blowing up the barrels will destroy the rock and create a shortcut towards the Ad-Hoc Main Tunnel should players choose to explore further.