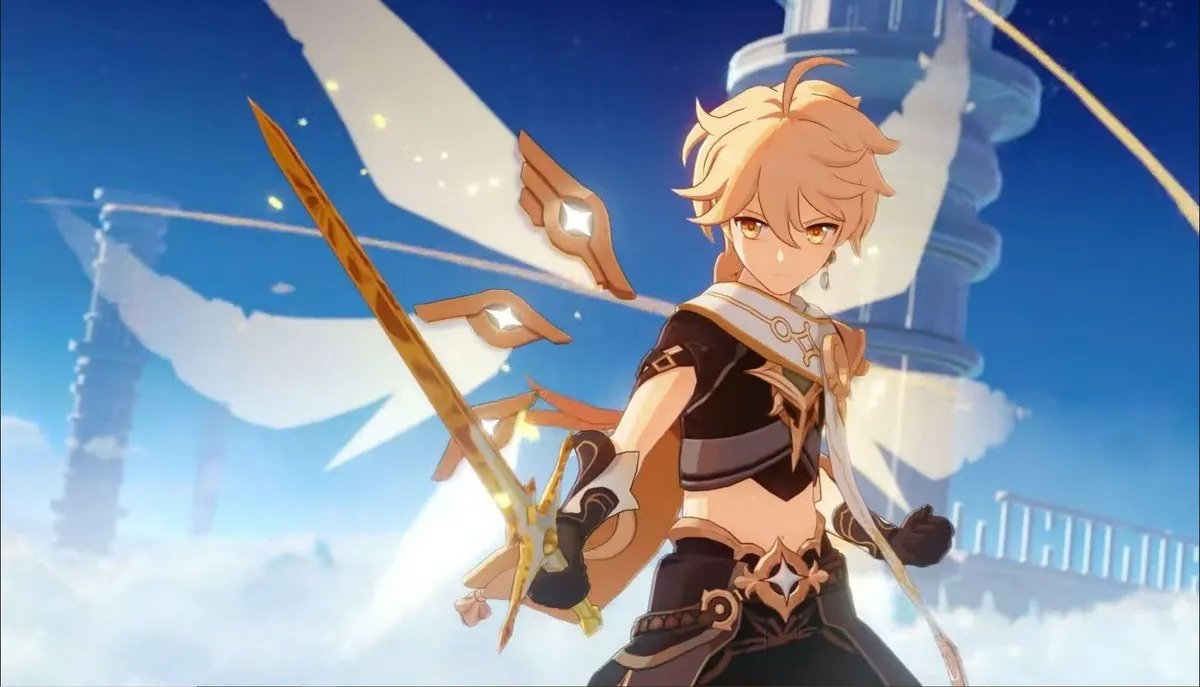 Genshin Impact is an open-world gacha-style game that takes place in the fantasy world of Teyvat. You play as the Traveller, either one of the two siblings that is separated from the other at the start of the game. From this point, you are left stranded on the beach with a creature named Paimon who will give you basic guidance regarding what to do next.

With the game being as massive as it is, some of its aspects can appear pretty daunting for new players. As such, we have put together a little guide that should make starting out easier by introducing you to the core concepts of the game.

While the game and all of its features seem overwhelming at first, most of them are introduced slowly to ease you into the game. Of these features, some of them can be ignored till later in the game, but there are a few basic things of note that you will need to learn before the rest.

This is the most important aspect of the game to know about first. The Adventure Rank determines the level of your account in general, with this aspect being tied to unlocking features later in the game. Every few level-ups of your Adventure Rank will bring in new features to the game with most of them being new modes while the others are a variety of bonuses.

Your Adventure Rank needs experience points, or exp, to level up. Fortunately, you can gain exp from doing just about any activity in the game, be it killing enemies or finishing quests and questlines. With every few levels, you can talk to the Adventurer’s Guild to gain additional rewards along with the new features you unlock in the game.

Here are some of the features you can unlock while your Adventure Rank increases.

While each of these modes has its own caveat attached to them, you will slowly be introduced to them via the game’s tutorial system. They will give you a variety of materials needed to upgrade your characters and weapons in some way, most of which will be covered in this guide.

Characters are what the world of Genshin Impact revolves around. With over 50 playable characters currently in the game and more released with every update, the world of Teyvat is populated by a variety of unique figures. Apart from playable characters, there are also others called Non-Playable Characters (NPC), which exist to give the world some depth while also being part of the story in some capacity.

Each playable character in the game has their own personality, movesets, weapons, talents, and elemental affinity. While the personalities are entirely story-based, their movesets, weapons, talents, and elements tie into their prowess in battle. A good balance of these three aspects of battle makes for a powerful fighting character capable in battle.

When it comes to movesets, every character has a few default moves tied to them.

To perform these moves, each character utilizes their own weapon. These weapons are divided into five categories.

Following this, we come to talents. Talents are skills that each character possesses. Most of them consist of a mix of normal attacks, elemental attacks, and passives. Every talent can be strengthened by using talent books that can be acquired as certain quest rewards. Certain characters’ talents work better with specific weapons, so it becomes important to choose the right ones.

And finally, elements. Elements are what fuel the magic source in the world of Teyvat. There are a total of seven elements in this game, each representing a force of nature.

Each character is born with a natural affinity towards an element and will specialize in it with their elemental attacks being tied to that element. Mastering an element is key to keeping up with damage bonuses later in the game. Every element has its own strength and weakness, and while most of them clash with each other in some way, they can also be combined to deal great damage.

Quests are the bread and butter of any RPG. These will be missions given to you by some NPC you encounter in the world or events that would currently be taking place in specific locations. Quests can range from simple surveying and exploration to battling monsters and other fighters while fulfilling requests from other characters in the story.

While in most games, quests are relegated as either main quests or side quests, it works differently in Genshin Impact. Quests in this game are divided into four categories.

Archon quests are what main quests would be in other games. By design, they are required to complete to progress the plot forward. In Genshin Impact, Archon quests specifically tie into the Traveler and their quest to find their sibling. Along the way, you will travel through different lands and unravel their stories as well, which branch out into the next category.

Story quests are a blend of main quests and side quests wherein you get to explore the background of a certain region by playing through a character’s questline. These quests are basically a deep dive into different characters where you learn what makes them the way they are and what they had to go through in their homelands.

World quests are this game’s version of side quests and they have much more flexibility when it comes to completion. Since they are not tied to the main story, completing them is optional, but always recommended. World quests are indicated by characters with blue exclamation marks on their heads. Most of these quests are one-time quests while others can extend to longer questlines as a whole.

Daily commissions are quests that refresh every day. You get about four of them every day, each with varying rewards and experience gain. These unlock after you hit reach Adventurer Rank level 12, so you get it quickly enough into the game. Experience points and Primogems are the main rewards you get for completing them, but talking to the Adventurer’s Guild after completing all four will net you bonus rewards.

The Wish system is how the gacha system in this game works. It allows you to get random weapons and characters from banners that the game provides. Each banner gives you different rewards and the more time (and currency) you spend on them, the better the rewards will be. While most banners are permanent, some are limited-time only and are tied to events and promotions that the game does with every major update.

Most of the characters that appear in a limited-time banner will only be available for the duration of the banner. But in some cases, the game does re-runs of older banners for players who have missed them, allowing newer players access to some of the older characters in the game. The currency used in these banners is either Fates or Primogems.

The final important aspect for beginners to note would be the World Level of the game. The World Level basically determines how much stronger or weaker your current enemies will be. As your Adventure Rank increases, so does the World Level, by default. There are a total of eight World Levels and enemies scale in difficulty based on which World Level you are on.

On the plus side, an increased World Level also translates to increased rewards. You will find those earlier enemies give updated rewards if you go back and defeat them upon increasing your World Level. Conversely, if you find the World Level too challenging, you are free to reduce it to make it less difficult.

These are the Adventure Rank levels you will have to be at to unlock certain World Levels.

That should be everything you need to know to jump headfirst into the world of Teyvat. If you are looking for more specific information regarding Genshin Impact, why not check out some of our other guides? As always, we will keep you updated with changes to the HoYoverse.