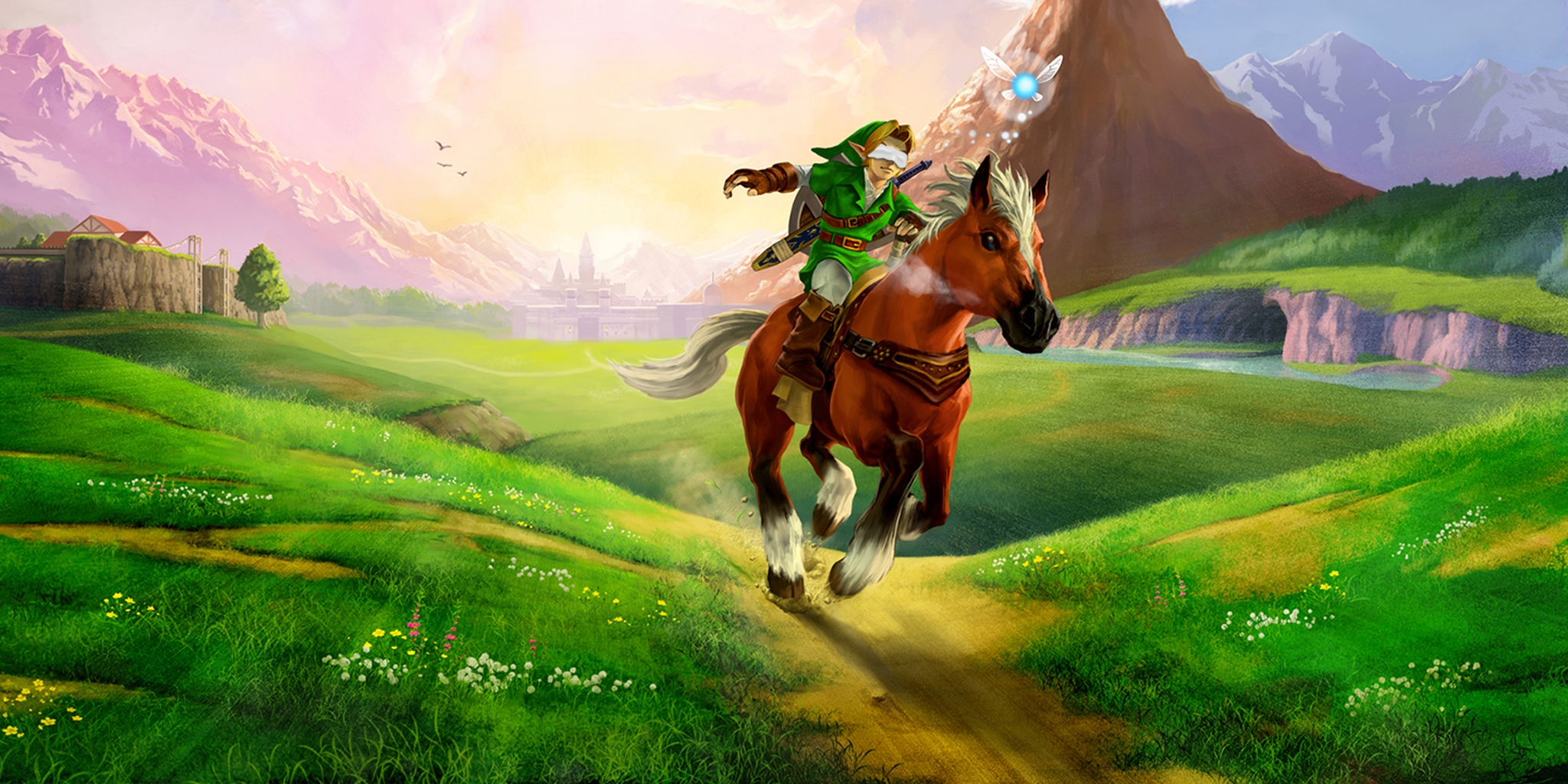 Earlier this month, Drew “Runnerguy2489” Wissler put together one of the most impressive video game feats of the year. At the Awesome Games Done Quick charity event—an event famous for its extraordinary feats of video game prowess—Wissler completed a set of dungeons in The Legend of Zelda: Ocarina of Time while wearing a blindfold.

(Sorry, this embed was not found.)Wissler got his start in speedrunning games after finding a tool-assisted speedrun (in which players are aided through the use of such techniques as advancing the game in super slow motion) of Super Mario Bros. 3. This eventually led him to the speedrunning community at Speed Demos Archive. But the game he was drawn to running was his childhood favorite, The Legend of Zelda: Ocarina of Time. And for Wissler, zipping through the game as quickly as possible just made sense.

“I’m a runner in real life so I always compare it with that. How fast can I go,” Wissler said.

But the inspiration to run the game blindfolded came from a very different source. Wissler saw a forum post by a blind player who was looking for help completing Ocarina of Time. The player had run into trouble given how massive the three-dimensional world within the game is and how tricky many of the puzzles and encounters can be. Wissler decided to see what he could to help.

His nerves were put to the test early on.

“It seemed a neat challenge and I thought I could help him out,” Wissler said.

Wissler’s attempt at sightlessly mapping out a path through the game caused him to view the title—which he had so thoroughly mastered—in a brand new way. He put to work his memory of the game and its various challenges, and learned to pick up on numerous audio cues he had never even noticed.

“It showed how detailed the game really was,” Wissler said. “I had done a lot of speedrunning and knew the game very well, but there’s a lot of audio things you overlook as a sighted person.”

Wissler would spend a few hours each week grinding his way through the game unsighted, learning and perfecting new techniques that would allow him to progress further. Eventually he was able to complete the game from start to finish blindfolded. And it was the sight of another runner taking on a similar challenge that again inspired him, this time to take his run to the biggest stage in all of speedrunning.

At the February 2014 Awesome Games Done Quick, a runner going by the name “Sinister1” defeated every opponent in the NES classic Mike Tyson’s Punch-Out!! while wearing a blindfold, save for the game’s titular final boss. The success of the run and the great reception it received convinced Wissler to take his project in front of what he knew would be a massive live audience.

But transitioning his blindfolded run of the game to this new venue added further complications. The strict time limits enforced by the charity event, which hosts runs by dozens of different players, required Wissler to come up with new strategies. His techniques would need to be safe, enough to keep the marathon event running, even without the benefit of seeing what he was doing.

Wissler believed his run would go over just as well as the Punch-Out blindfolded run had, but he was cautious to say as much.

Wissler would spend a few hours each week grinding his way through the game unsighted.

“I didn’t want to overhype it if it wasn’t going to get a great reaction, but I did think it had a really good chance of being well-received. A lot of people seemed interested in it,” Wissler said.

It’s difficult to overstate just how much bigger this stage was. While he’s accustomed to pull a few hundred viewers live on his Twitch channel, he’d now be playing in front of more than 150,000 people. Wissler said it was all he could to push the audience out of his mind, though even then he wasn’t able to keep himself entirely calm.

“My first trick in the run was difficult because my thumb was shaking on the joystick,” Wisser said.

His nerves were put to the test early on. His route included a trip to the bottom of the well in Ocarina of Time, which necessitated a glitchy trick that he failed to execute multiple times. And while Wissler had back-up strategies for most of his techniques should one fail during the live run, this was different.

“That situation was one where I was quite nervous because I didn’t have much of a back-up,” Wissler said. “I was starting to stress out that if I didn’t get it soon, it would look bad.”

But it didn’t come to that. Wissler executed the trick without even initially he had, though the expressions of exultation from the spectators behind him gave it away to the viewers.

A similar issue came up while exploring the Deku Tree dungeon, though for very different reasons. While his issues with the glitchy trick in the well were at least in part attributable to the difficulty of performing the trick itself, let alone doing so blindfolded, his Deku Tree progress was temporarily halted by a simple puzzle that required him to defeat a group of three enemies in a particular order.

Without being able to see which enemy he was focused on at any given time, this simple task became very complicated. But once again, Wissler persevered. And in the end, the run was a smashing success. There other feats of extraordinary speed and talent at Awesome Games Done Quick, however, and the charity event ultimately raised over $1.5 million for the Prevent Cancer Foundation.

“I’m a runner in real life so I always compare it with that.”

“It’s a little strange to think about having previously speedrun for fun and competition and now getting the chance to do something for the greater good,” Wissler said.

Wissler is open to bringing Ocarina of Time back for another blindfolded run, this time featuring different dungeons and challenges. He’s fully aware of the difficulty it would present, but not at all intimidated by it. This is, after all, what he does.

“It would be a lot of work, but it’s fun to look at the game from a different angle,” Wissler said.