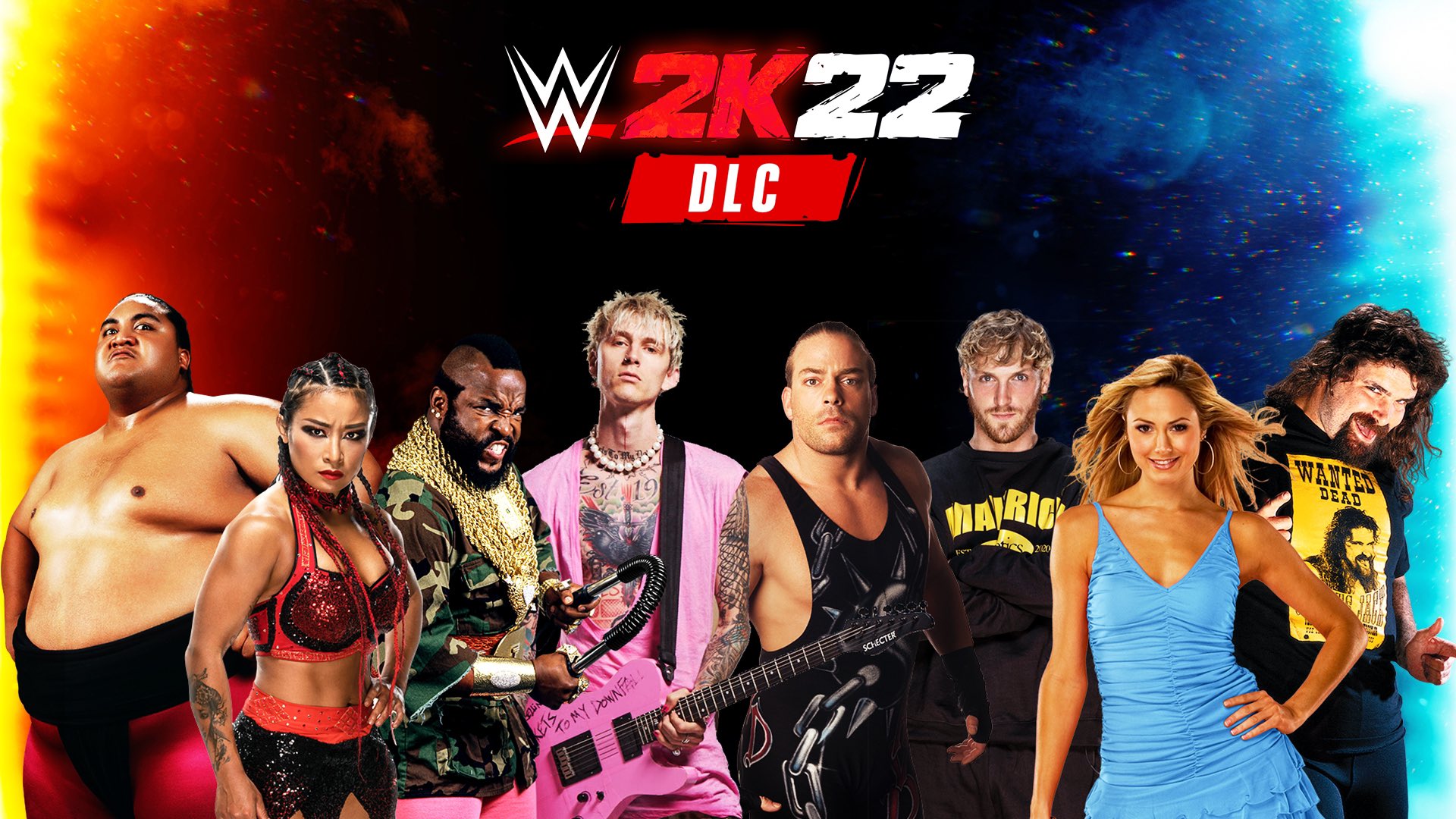 Ahead of WWE 2K22‘s March 11 launch, the 2K studio has announced its plans to add 28 additional playable wrestlers through five different DLC packs from the end of April through July.

These packs contain five to seven characters and may include old-school legends, celebrities, and current WWE superstars. The packs are purchasable individually but are also included in the Season Pass or the enhanced Deluxe or NWO Editions of the game.

A couple of notable celebrities will be added too in Machine Gun Kelly and Logan Paul, both of which will be part of the Rob Van Dam Pack that releases July 19. MGK is listed as an executive producer on the game’s soundtrack and is a long-time wrestling fan who has appeared on WWE programming, including a 2015 appearance in which he took a powerbomb off the stage from Kevin Owens.

Logan Paul was a special guest at last year’s WrestleMania event, taking a Stunner from none other than Kevin Owens again. He’s set to appear in a match at this year’s WrestleMania, teaming with The Miz to take on WWE 2K22 cover star Rey Mysterio and his son Dominik in a tag team match.

This year’s WWE 2K release is an important one for the franchise after a bug-ridden WWE 2K20 release forced the series to go on hiatus for a year.