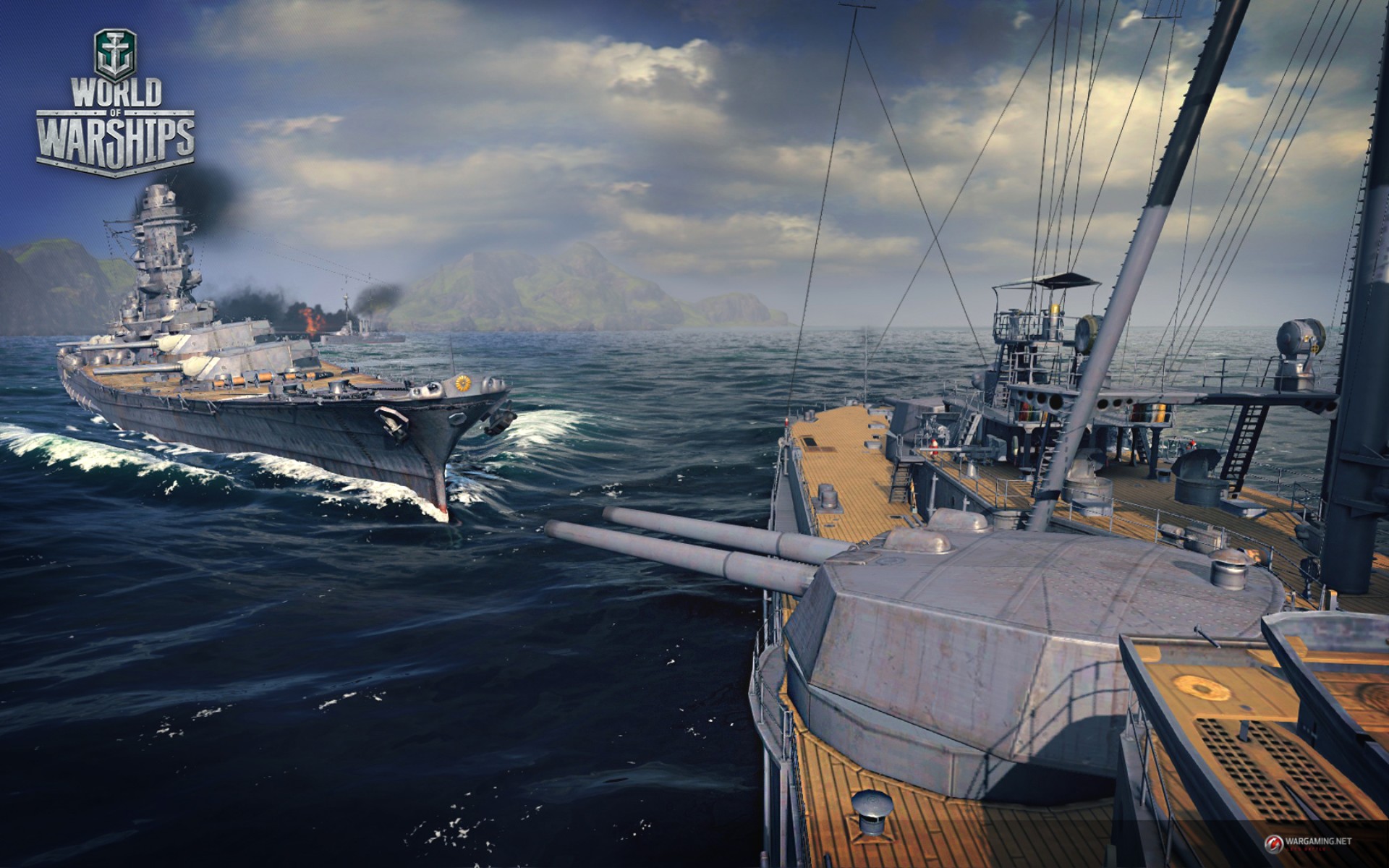 These three games are unique in the esports realm, ditching fantasy and science fiction themes for a realistic war setting in the early-to-mid 20th century. This dedication to realism, combined with a free-to-play business model, has seen Wargaming amass over 100 million registered accounts. The games are particularly popular among the Eastern European and Asian audiences. Wargaming even runs its own esports circuit, which culminates in Poland next month.

“I may or may not have stayed up until 4am.”

Now in closed beta, World of Warships promises to deliver Wargaming’s military realism to the high seas, and gamers are putting on their captain’s hats en masse. At least one of those gamers (and occasional Daily Dot contributor), Thomas Watts, is a huge naval buff, with a degree specializing in naval history from the University of Alabama under historians Dr. Beeler and Dr. Selesky.

Watts still holds onto picture books about battleships from his childhood. To put his excitement at getting access to the beta into perspective, his first words to me after receiving a key was “I may or may not have stayed up until 4am.” After a week with the game, I sat down with Watts to pick his brain.

World of Warships is multiplayer-only, just like others by Wargaming, and has two different modes—Normal and Domination. As Watts explains, Normal battles are “deathmatches where you win by either killing the entire enemy team, or capturing a defined base,” while Domination is a “capture-and-hold” match that requires securing bases around the map to accrue points.

Watts did identify some issues with matchmaking, such as when players in Tier 3 ships got matched against tougher Tier 6 ships, but that’s likely to be resolved once more people are allowed access to the game. Overall, however, his initial impression was that the game was “enthralling,” and he pointed out that it has intuitive controls and a good learning curve: “You learn very quickly that torpedoes hurt. If there is a destroyer anywhere near your ship, turn away, and unleash hell on them.”

World of Warships’ general gameplay is a careful mix between “monotony and excitement,” he says. Especially in some of the larger battleships, turning and positional adjustments can try a player’s patience, even if only when waiting to clear an island to unleash another volley on an opponent. However, this is carefully balanced with the game’s combat, which can quickly devolve into a chaotic murderfest.

“Each engagement is a whirl of activity as captains try to properly aim their guns to do maximum damage while simultaneously zig-zagging to make themselves tougher to hit, or close in for a kill with secondary weapons. On top of that, there are destroyers or aircraft making close runs that have to be accounted for.”

The game has “potential to be a lot like naval warfare,” Watts says, “but it requires coordination that testers haven’t yet developed. Going ‘lone wolf’ usually translates to ‘turn ship into swiss cheese.’”

As a student of naval history, Watts appreciates the attention to detail each warship has been given. “The ships are realistic and match up well with their real-world counterparts,” he says, “Each different class of ship has its own feel… I frequently found myself overcompensating on turns since I wasn’t used to how [smaller ships] played.”

Along that vein, his largest criticism is that the game might be too realistic:

“Some of the natural randomness that comes from gunnery could easily turn off players. I recently managed to plunge volley of shells straight into another ship’s critical areas from almost maximum range which resulted in a (virtual) one-shot on a battleship. While the realist in me loved it because that has happened in naval combat, the player in me knows that I’d be pretty irritated if I was on the receiving end.”

Overall, he has high hopes for the game, especially as more ships are added to round out each faction. “Seeing a full faction, and letting players start to min/max, or find whatever they like best, gives the game a solid chance to be a hit.”

He also see fairly significant esports potential, and is happy to report that each map within the game introduces many different strategic possibilities. However, he’s a bit skeptical that a spectator client could fully capture a warship battle, stating that it would take “excellent cameramen to keep spectators abreast of how a game is playing out.”Overall, World of Warships appears to be exactly what Wargaming intends it to be—a military-themed team-oriented real-time strategy game. By introducing new experiences for their dedicated fanbase, Wargaming can both prevent player burnout, while attracting new players. Combined with its stable esports league, Wargaming might just have another hit on its hands, especially if naval fanatics like Watts have their say.

In the meantime, he’ll keep diving in to unlock the next ship for his arsenal—and to put another target in his crosshairs.