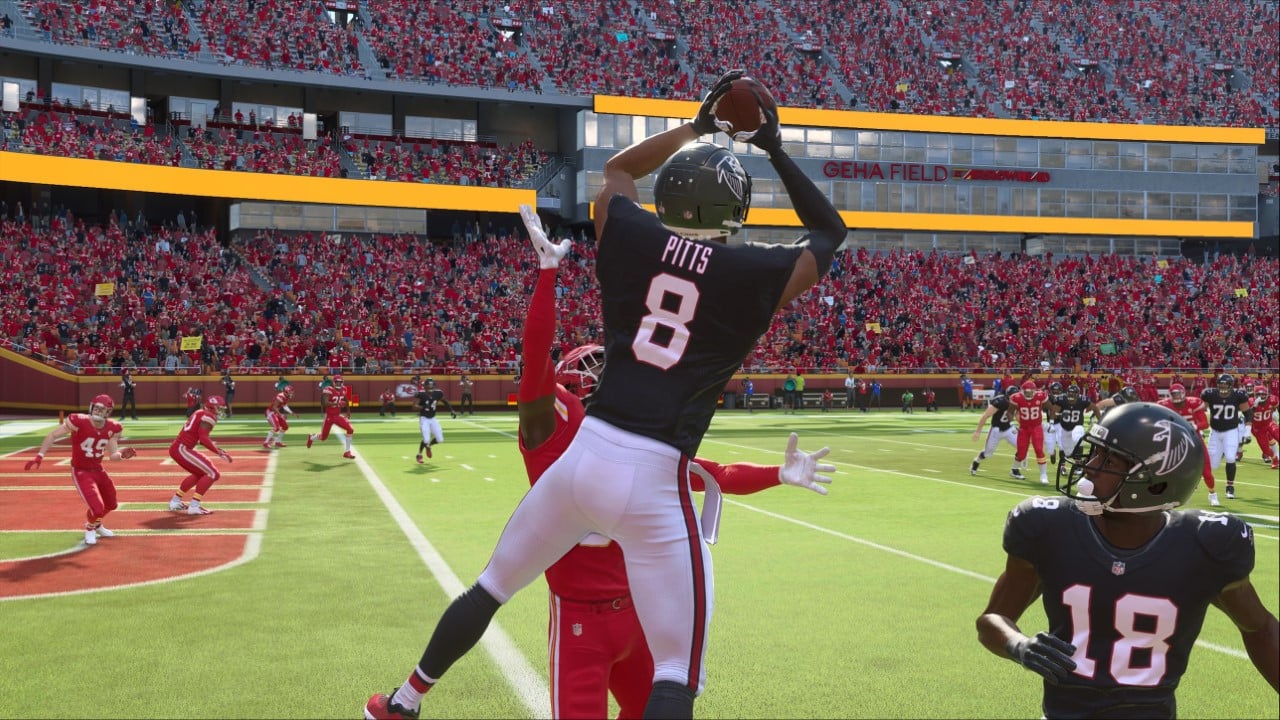 Every year, the NFL has an abundance of young talent stepping onto the field for the first time, and the class of 2021 NFL rookies is no exception. When it comes to Madden NFL 22, here are the top-rated rookies to help take your team to the next level.

Kyle Pitts became the first tight end picked in the top five of the NFL Draft since the Los Angeles Rams selected LSU’s Billy Cannon first overall in 1960, and for good reason. Pitts—who stands 6’6, 246 pounds and ran a blazing 4.44 40 yard dash at the 2021 NFL Combine—is not a traditional tight end, but more of a hybrid wide receiver with incredible athletic ability. When it comes to Pitts, think more Calvin Johnson and less Jason Witten.

Trevor Lawrence clinched his spot as the unanimous number one pick in the 2021 NFL Draft when he picked apart the Alabama Crimson Tide’s vaunted defense in the 2019 CFP National Championship game as a true freshman. Lawrence, the former number one high recruit, broke numerous records at Clemson in his three seasons with the Tigers. Pairing him with first-time NFL head coach Urban Meyer is an interesting choice, but the Jaguars have plenty of young talent to build around Lawrence in Madden NFL 22.

Jaylen Waddle is just another in a long line of elite Alabama wide receivers entering the NFL over the past few years. Pairing him with his former quarterback in Miami, Tua Tagovailoa, should help both young players develop. Waddle reportedly ran a 4.37 40 yard dash before ever stepping foot on a college campus. In Madden NFL 22, his speed is his best trait, and he sits third in the entire game with a speed rating of 97.

Patrick Surtain II, son of former NFL player Patrick Surtain, has all the key measurables when looking at an ideal NFL cornerback. He stands 6’2, runs a 4.42 40 yard dash, and has the collegiate awards and accolades—National Champion, SEC Defensive Player of the Year, unanimous All-American—to back it up. Surtain joins a talented defense and could become a cornerstone player for the Broncos in Madden NFL 22.