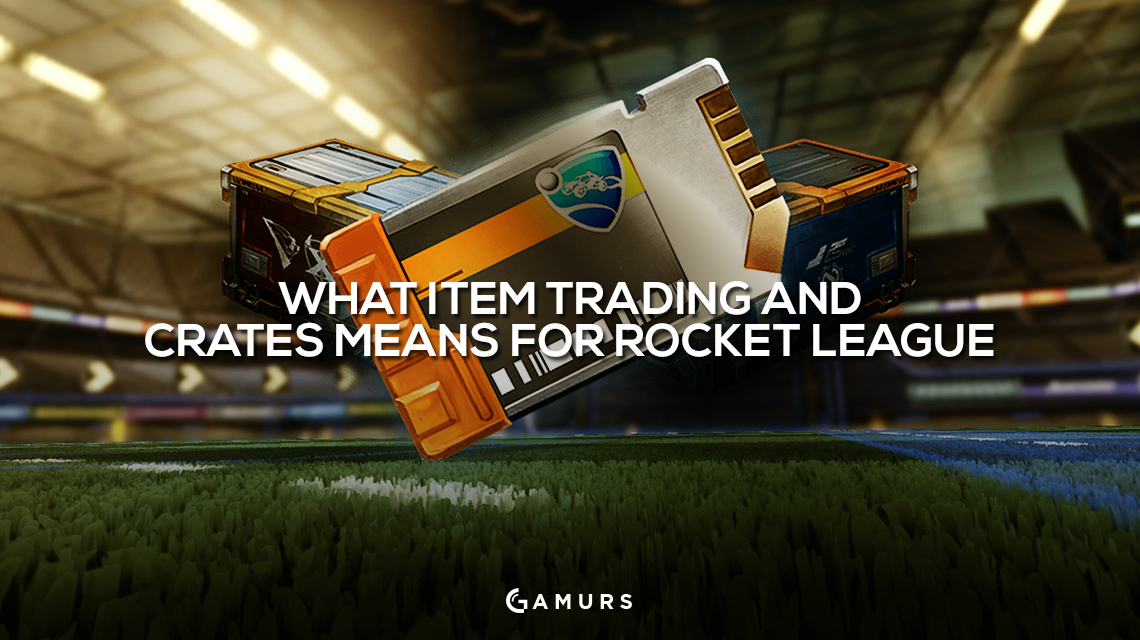 Stop me if you heard this one before:

A video game that is classified as an esport has a system whereyou can earn cosmetic pieces to your character via crates. Thesecrates could be earned in-game at random, but are unlocked witha key purchased in a microtransaction. The items in thesecrates vary in rarity, and can be traded with othergamers.

Psyonix released Rocket League’s version 1.22 patch onThursday, which introduced crates and keys, as well as peer-to-peertrading, to its game yesterday.

Containing items that can vary from “rare” to “blackmarket” in rarity, the crates can randomly appear as match rewards,however, it will require a key to unlock the crate. Keys will besold for $1.49 or your regional equivalent, and can be bought inbundles of five, ten, or 20 at $1 a key.

In the official description of the concept, put under the”Rumble” feature announcement, crates and keys were Psyonix way ofallowing additional funding for esport competitions. Specifically,Psyonix said, “as Rocket League’s competitive scene continuesto grow, our support for its players need to grow with it.”

Psyonix’s claim is true; Rocket League’s esport prize pool hasbeen abysmal compared to other esports. From Aug. 8, 2015 to Aug.7, 2016, all Rocket League competitions have given out under $100,000 in prize money, peresportsearnings.com, with almost half of that coming fromthe RLCS Season 1 championship. A lack of prize money meansfewer teams and players, which is detrimental to the growth ofthis esport, especially as it is in its early stages.

The popular RC car soccer game already sawmicrotransactions before this point, as players could buy cosmeticchanges to their vehicles in what are now called “premium”transactions. This put Rocket League in the same category as a gamesuch as Overwatch; Rocket League allowed you to pimp your ride, butdid not have an in-game barter economy.

That came until this week via patch version 1.22, whenpeer-to-peer item trading was put into the game.

While this is a fantastic way for the Rocket League community tointeract with each other, item trading most often brings anunwanted level to a game: the internet economy. Specifically,cosmetics-for-currency exchange websites, and of course,the legal gray area of cosmetic betting websites.

The gaming community has seen the CS:GO skin market’sbubble burst over this past year, mostly due to the massclosure of skin betting websites, such as CS:GO Lotto and Wild.These closures were mostly due to the increased awareness of thegeneral public to shady business techniques. Specifically, owners,including popular YouTubers and even pro teams, were not disclosingtheir partial ownership in betting websites, and also hadaccess to future results that, in some cases, were taken advantageof.

And before that, the iBuyPower match-fixing scandal did not helpthe cause of keeping these websites afloat.

With all those issues in mind, the legality of thosewebsites has yet to be settled in court, and these websiteswere only virtually shut down by CS:GO’s parent company Valve. Thismeans that there is no legal precedent set that would stop thiskind of business to emerge, except for a 2015 court case over Game of War. Even so,Game of War did not have the extra element of a real world currencyexchange.

In theory, Psyonix could bring the revival of the cosmeticbetting markets, which in turn can hang consumers out to drythrough unfair and possibly illegal business practices.

So in other words, look out next year when your favoriteYouTuber who bets on RocketLeagueLotto.com actually owns a stake inthe website.

What does Psyonix need to do then in order to make sure theirtrade market does not become the next breeding ground for predatorypractices?

While an opt-out system is a nice feature included in thispatch, it is definitely not an answer to diverting an out-of-gameeconomy. Sure, it is great to offer players the option to notreceive the notifications of new crates, but that does not removethem entirely. In fact, the crates still sit there, and a playercan still buy keys to participate in the economy.

Rather than an opt-out system, I can see three options forPsyonix: Thet can take a defensive approach, completely shutdown any third-parties on day one, or encourage andregulate the out-of-game economy.

The defensive attitude comprises of monitoring trades,but only banning accounts rather than taking any legal action.

This practice is currently seen in Electronic Arts games,specifically in their Ultimate Team modes across their sportstitles. After money-for-coins exchanges sprung up around theweb, EA started moderating trades in games such as FIFA, and banned players who used these practices.

While great in theory, this would require a good amount ofmanpower or an extremely sophisticated machine, to filter trades.Psyonix’s staff size is dwarfed by EA Sports, and machines can beprone to errors, such as lopsided trades being ignored or the wrongtrades being flagged, so this may not be the most preferredoption.

This brings us to the more severe option: Psyonix can putits foot down and stand against any transactions outside of in-gametrading and key buying.

With the CS:GO betting scandal on the back burner of mostgamers’ minds, a statement against this kind of practice, alongwith swift legal action from any violators, can divert individualsfrom trying to establish CS:GO Lotto 2.0. It would also makePsyonix, who did not have much fame before Rocket League outside ofcontract work, even more of an innovator in the gaming industry,and garner the respect from consumers and media outlets.

However, by completely closing off the outside economy, thiscould start an underground economy, and operate like the blackmarkets for drugs and other illegal items.

This brings me to put non-prescribed Adderall and Rocket Leaguein the same sentence, for the sole purposeof confusing those who have skipped the majority of thisarticle so far.

Not only could taking a strong stance breed illegal activity,but it could completely cause a devaluation, and disinterest, incrates and keys.

esportsbettingreport.com estimated that the CS:GObetting economy was projected to hit $7 billion in 2016 inskins betted alone. While there was a discrepancy in how much skinsdropped in price after the mass shutdown of these betting websites,as reported on PC Gamer, it still caused someeffect in the in-game economy.

It also may require the man or machine to moderate trades, whichthen requires even more money that has to be poured into consumerprotection.

The third option is to allow an out-of-game economy,including betting websites, but establish and enforce rules tokeep consumers safe.

Whereas Valve seemed to not take action against skin bettingwebsites at first, Psyonix has a chance within days of announcingthis feature to bring in their own regulations to this kind ofeconomy. By establishing certain guidelines and ceasingoperations of websites that practice cosmetic betting or buyingillegally, Psyonix would harbor a safe and thriving economy whilehaving more control over it.

This would stimulate the economy by more players buyingkeys to join in on these websites, as well as raise the price ofrarer cosmetic changes. It also gives leeway to legitimately shutdown a website that can undercut Psyonix for those interested inbuying keys outside of the game developer. And, for an even biggerstretch, this could even turn into Psyonix creating their ownwebsite to allow people to gamble cosmetics, all while earning morecommission or disallowing a real-world cashout.

Of course, these practices may get Psyonix shut downby every gaming commission in the world, and put the end tounregulated esports betting on a fast track, but that bridge can becrossed if it royally screws up.

While there has not been much discussion over whether this willbe an issue, Psyonix should ensure their fans that the relationshipbetween real-world money and their product is a one-way street withcrates and keys, or is a safer environment than that of thedefunct CS:GO betting wilderness.

But in short, I found a really cool website that I already wonthousands of dollars in Rocket League skins from. If you want thelink, here it is:

Do you think Psyonix could wind up being at thecenter of another cosmetic skin controversy? Let us know bycommenting below, or tweeting @GAMURScom.