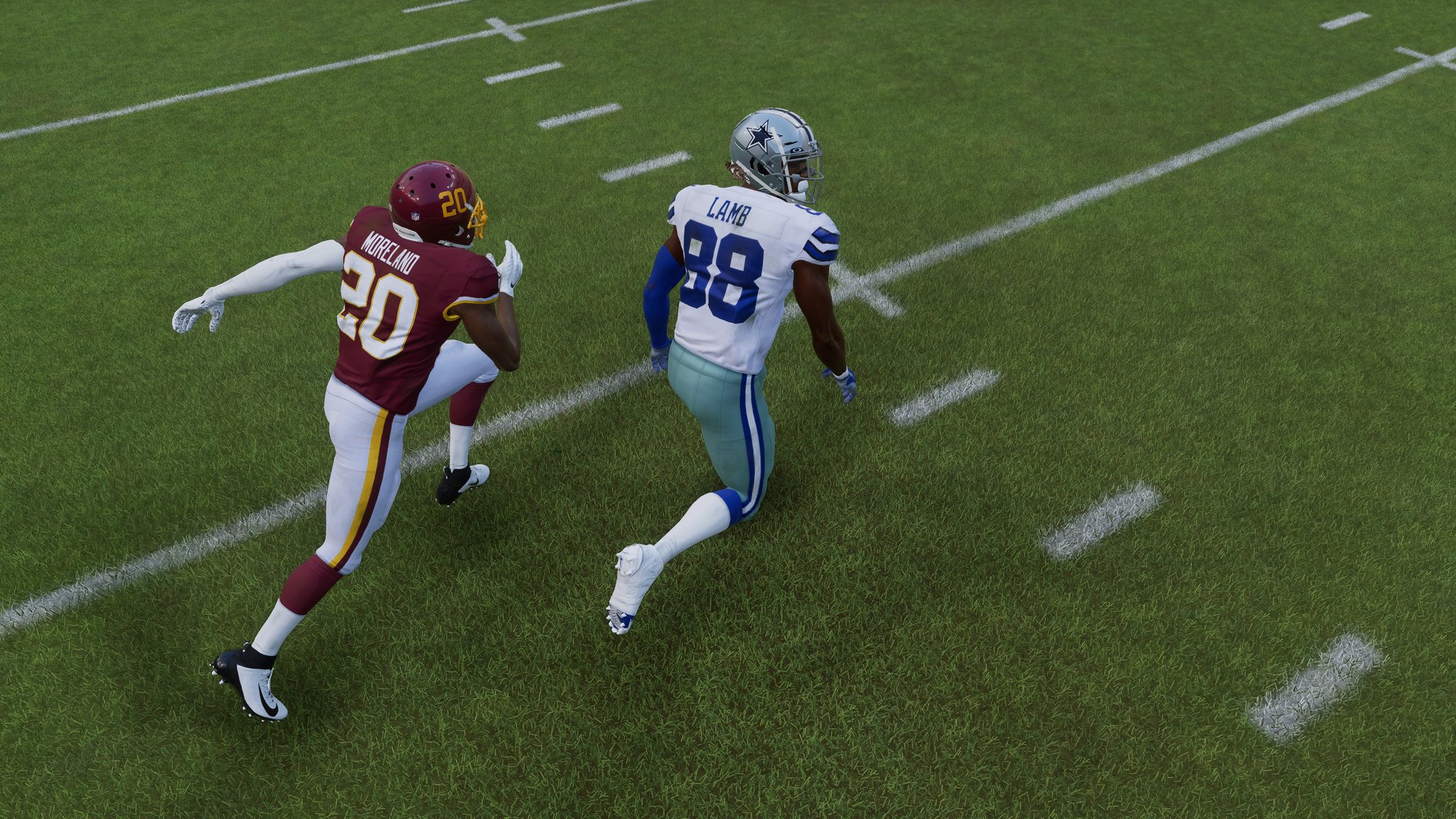 CeeDee Lamb is one of the most intriguing second-year players in the NFL. Coming off an impressive 2020 season, the former Oklahoma Sooner caught 75 balls for 935 yards, just 65 shy of 1,000 yards as a rookie, and five touchdowns. Most of this came without the Cowboys’ starting quarterback, Dak Prescott, throwing him the ball. With Prescott coming back from injury this season, though, Lamb could see his production increase mightily in his second year.

An explosive athlete, Lamb is a player who can take it the distance whenever he has the ball in the open field. In addition to his five receiving touchdowns, Lamb also scored on a 19-yard rush late in the season in a 37-17 win over the Philadelphia Eagles and returned an onside kick 47 yards for a touchdown in a 41-33 win over the San Francisco 49ers.

A 2020 first-round pick, Lamb has exceptional speed as evidenced by his 4.50 40-yard dash at the 2020 NFL Combine. While the Cowboys struggled in Prescott’s absence in 2020, with Lamb making the second-year leap, in addition to the myriad of weapons Dallas has at their disposal on offense, the Cowboys could find themselves in the playoffs for the first time since the 2018 season.

Here is Lamb’s ratings in Madden NFL 22 as of the ratings reveal week.