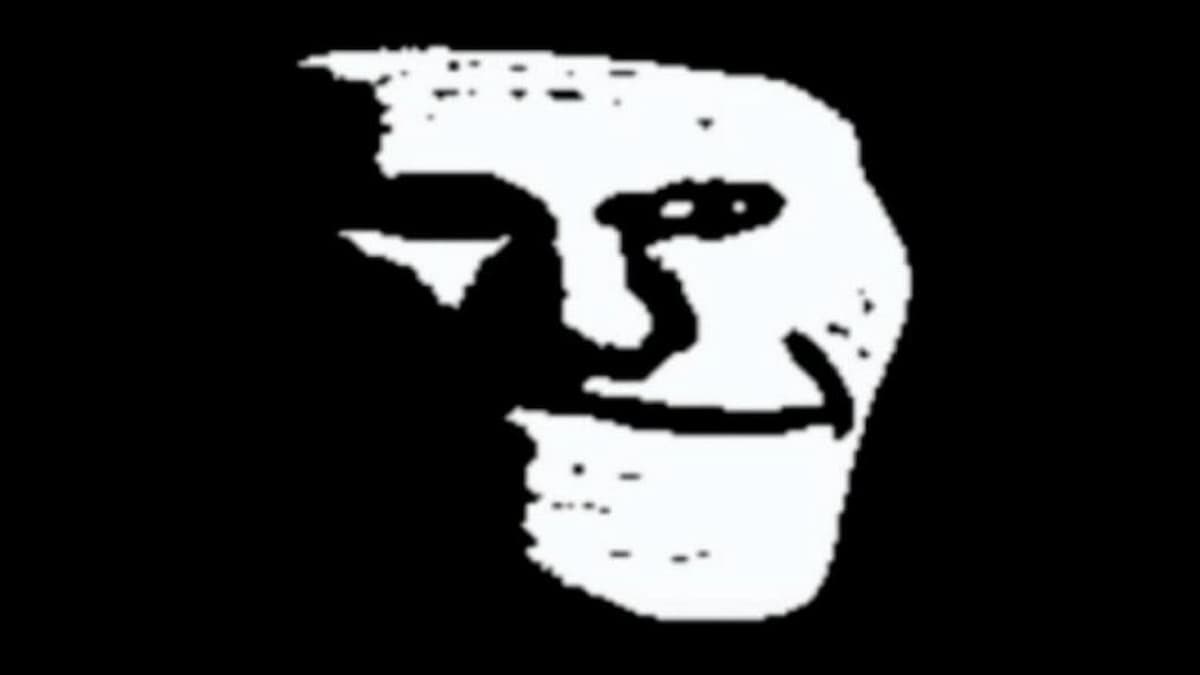 Troll Despair, also known as Trollge, is regularly used in Twitch chat and is a common meme to see when watching xQc, Moist Cr1TiKaL, or NICKMERCS. Troll Despair is a BetterTTV emote which has become more frequently used over time. Many meme sites use Troll Despair to replace whoever the subject is, where the Troll Despair face replaces the subject.

In Troll Despair, the troll’s face is only slightly grinning with its mouth closed.

It is obvious from the expression the smile is fake or forced, and then a shadow is placed on the side of the face. It looks like someone is lost in thought and has been thinking about a dramatic moment for quite some time. Anyone who sees the meme will understand the allusion to thinking about a traumatic experience.

What is the Despair Troll?

When you recall a sad, disappointing, traumatic, or less than favorable event, you are essentially experiencing ‘Troll Despair.’ As soon as a contestant was eliminated on Masterchef, xQc’s chat would spam Troll Despair and quote the dish that eliminated them. So, it would be as if the contestant remembered the disappointment or where the competition went wrong.

A contestant who set a chicken on fire using too much grease would cause the chat to be spammed with “The chicken incident (Despair Troll emote).” It’s usually a well-meaning emote, but the joke is at the expense of whoever the chat is referring to.

If you still need help, try to remember a painfully embarrassing situation you experienced as a child if you still need assistance. Imagine that someone brought it up in a group and they all laughed. Your face would be the Despair Troll.

Where did the Despair Troll come from?

Since Feb. 2021, this meme has gained a lot of popularity after being featured in a rage comic featuring Ninja, one of the most famous Fortnite players. Ninja attempted to set a world record using the floss emote from Fortnite in Oct. 2019. It became a meme on its own because of the awkwardness and hilarity of no one joining. You can clearly see what Despair Troll means when you see it in the rage comic below.

While this most likely is not the first use of the Despair Troll, it was through this incident the Despair Troll started gaining in popularity. The emote is not exclusive to Twitch, but xQc liked it so much he added it to his Twitch chat in Oct. 2021.