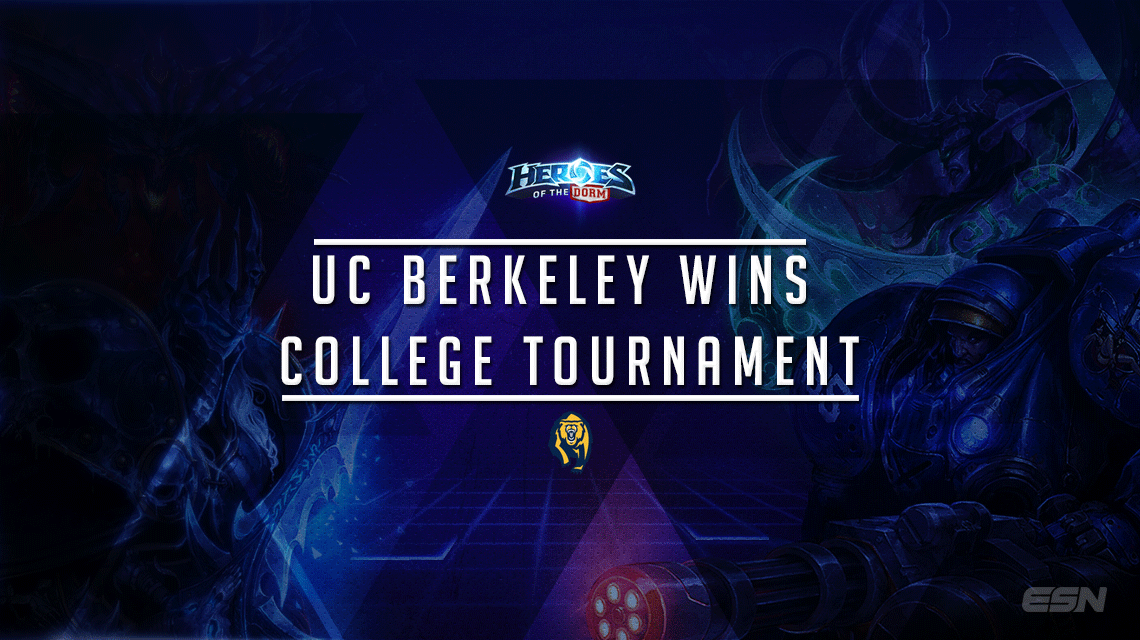 After an entire day of vigorous matches between the best college teams in the United States, the Golden Bears of the University of California at Berkeley were able to finish victorious, claiming the title over Arizona State University in the collegiate tournament. The only difference is, this wasn’t your average night of college basketball or American football, this was competitive gaming.

Blizzard Entertainment, a popular video game developer, sponsored the Heroes of the Dorm collegiate tournament, for their new Multiplayer Online Battle Arena or MOBA for short, video game, Heroes of the Storm. This four-team tournament, that had been narrowed down from a field over 800 was extremely intense, because the five-player teams weren’t just competing for the Heroes of the Dorm title, but full tuition scholarships for the rest of their college careers. Thanks to a partnership with Blizzard, the MOBA was able to grasp over two and a half hours of air time on national television, being broadcasted live on ESPN2. Off the start, UC Berkeley dismantled Illinois Urbana-Champaign in a flawless 2-0 victory, along with Arizona State University winning their series 2-1 against Boston College, earning both winning teams a spot in the grand finals. UC Berkeley was able to take the first match unshakably, going up 1-0 in the finals. ASU responded in tune, winning map two, tying the series 1-1. Game three proved to be quite intense, as both teams were in constant action. ASU almost pulled off an amazing attack on the opposing team’s core, but Berkeley held strong to the last minute, and turned the game into their favor. Now down 1-2 in the best-of-five series, ASU had the advantage from the start in game four, playing on one of their more favored maps, which lead to the series being tied at 2-2. This forced an ultimatum game five to win the championship. Going into game five, UC Berkeley picked the final map, Dragon Shire. However the story was different in game, ASU started off strong, winning vital team fights and acquiring the dragon twice. ASU was almost able to reach Berkeley’s core, but the Golden Bears held their ground and picked off two ASU players, forcing them to wait out a long respawn time. This allowed Berkeley to obtain dragon, rush a counterattack, and take ASU’s core with relative ease. UC Berkeley performed astoundingly to take the 2015 Heroes of the Dorm championship title, along with a full tuition ride, for the rest of college. The other three teams that competed in the collegiate tournament received custom PC’s and gaming equipment. What are your thoughts on collegiate eSports tournaments? Let us know in the comments below. Stay up-to-date with the latest news on competitive gaming over at our Twitter – @eSportsNation.