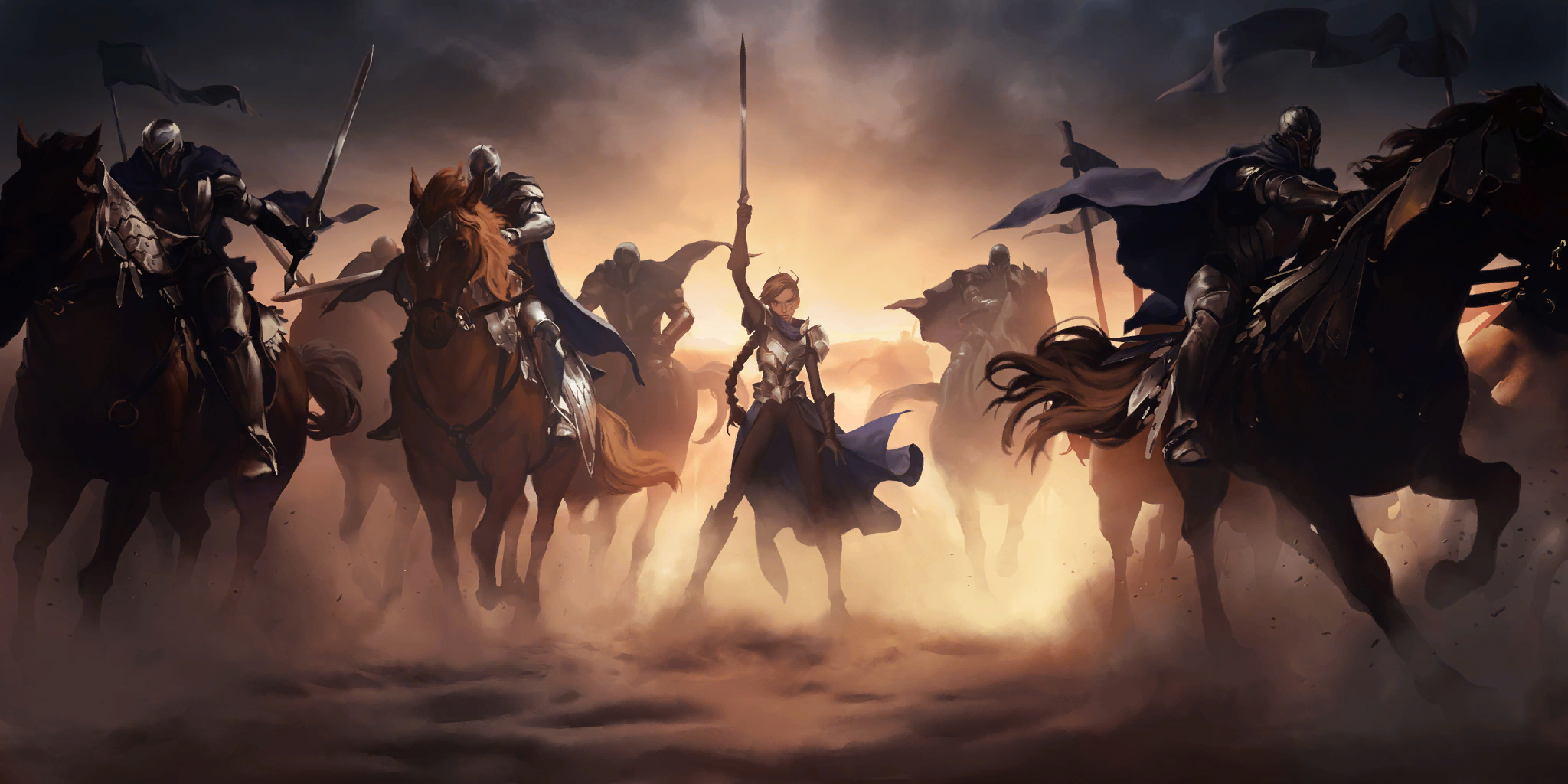 Digital and tabletop card games had a strong year in 2021.

While the pandemic shut down many in-person gaming opportunities, a setting in which card games excel, the prevalence of digital clients helped the genre continue to thrive. The three pillars—Pokémon, Yu-Gi-Oh, and Magic: The Gathering—maintained their status while newer games gained further ground in the scene.

Riot Games expanded its collectible card game Legends of Runeterra in 2021, making it one of the best games of its kind on the market. LoR had two major sets released over the year in Empires of the Ascended and Beyond the Bandlewood. Each set introduced new mechanics and heroes and Riot’s approach to game balance kept the title refreshing.

The biggest impact on LoR was the introduction of Path of Champions. The single-player mode expanded upon the successful Lab of Legends experiment by adding a world map, skill trees, and more champions to play as.

Inscryption will be found on a lot of year-end “best of” lists. The deckbuilding roguelike brings a unique horror aesthetic and puzzles to the genre. Deckbuilding games are a staple of tabletop card-game design. Games like Dominion are classics in the tabletop realm, and in recent years, the genre is growing in the digital space. Slay the Spire remains a top roguelike five years after its release. Inscryption looks to have the same lasting power and is an excellent single-player card game.

The longest-lasting trading card game in the world continued its recent string of strong years to close out the decade. Magic: The Gathering released five main sets that included the game’s best-selling winter and summer sets ever. Outside of the massive financial success Wizards of the Coast found in 2021, the game brought players great gameplay experiences all year.

Each of the year’s main sets was well received in Limited environments. Time Spiral Remastered and Modern Horizons 2 were also strong Limited sets. The Commander preconstructed decks that were released with the sets gave different archetypes new cards and legendary Creatures to lead them, like Artifacts, Auras, and politics.

The year wasn’t without its controversies, though. Professional Magic was cut, making 2021 the last full year with official support. Magic Arena’s economy came under more scrutiny with the release of the new format, Alchemy. Modern continues to struggle with balance after the release of some powerful cards in Modern Horizons 2.

All things considered, Magic had a strong year with no standout weak releases or catastrophic mistakes.

Gwent is a well-designed card game. First introduced as a side mission in The Witcher series, Gwent is a collectible card game with six regions and its own twist where positioning of units matters immensely. Gwent: The Witcher Card Game was released in 2017 and has maintained a solid base of support that continued in 2021. Its competitive ecosystem crowned a champion in December and outlined a 2022 roadmap to build off a solid year.

Legend Story Studios is slowly growing Flesh and Blood into a major player in the collectible card game space. While the tabletop-focused game struggled with its initial sets coming out during the pandemic, 2021 saw Flesh and Blood find its stride. Monarch and Tales of Aria introduced new mechanics and heroes to the game. The first world champion was established at The Calling Vegas in September.

As Flesh and Blood has expanded, it’s become a complex card game with great entry-level products and room for growth.