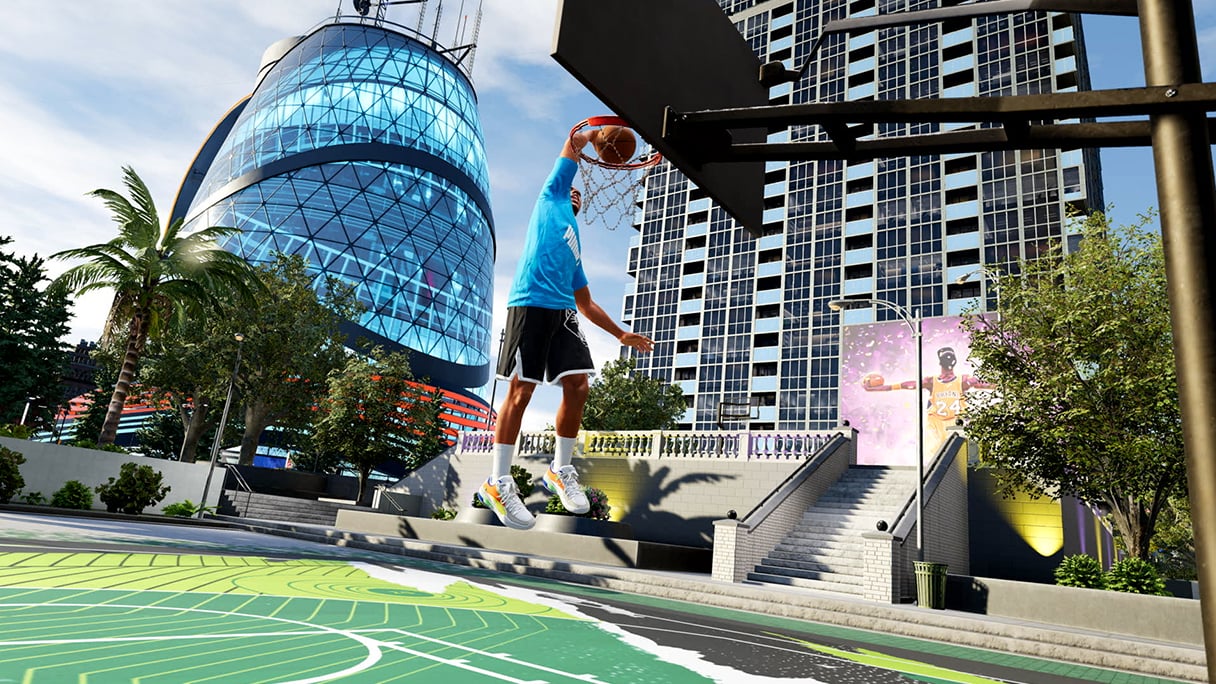 NBA 2K22 has finally launched, and countless gamers are making the switch from last year’s title. When a new NBA 2K title gets released, players embark on a new journey on game modes like MyCareer and MyPark.

Even if you achieved great success in NBA 2K21, you’ll need to start from scratch in NBA 2K22. While starting from square one may sound a bit discouraging at first, odds are you’ll warm up to the journey as you slowly start your adventure again. With each new title, the NBA 2K series grows in terms of features and mechanics. NBA 2K22, for example, features more Badges compared to last year’s title, meaning players will have more options to choose from.

Badges serve as perks, and they’re used to buff a player’s abilities. Badges are also divided into subcategories ranging from Bronze to Hall of Fame. Though all Badges will have their moment to shine, some all-rounders can be used in all kinds of situations.

Here are the best Playmaking Badges in NBA 2K22.

Carrying the ball forward in the court is important while you’re on the offensive side. The Quick Chain Badge makes it easier to perform back-to-back dribble moves.

Combining the Quick Chain Badge with others that provide stamina benefits often yields the best results since your player will need the extra juice.

Losing the ball during a crucial moment can lead to letting your opponent score with close to no effort. Stealing was slightly buffed in NBA 2K22, and strips happen more often compared to NBA 2K21.

If you’re looking to run an isolation strategy or anything similar, you’ll want to use the Unpluckable Badge so you reduce the chance of defense players stripping the ball away from you.

Playmakers will try to pass the ball to their teammates in open positions to take clear shots. Once you pass the ball, it’ll be up to the receiving player’s talents to score.

With the Dimer Badge, playmakers get to boost the shot percentage of open shooters. Once you equip the Dimer Badge on a Playmaker, your passes from the half-court will increase the odds of an open shooter to score, increasing your assist rate in the process.

Losing defenders will be a prime objective for most Playmakers. You’ll need to get rid of the defenders on your tail to make decent passes, and dribbling will be the key to doing it.

The Quick First Step Badge lets ball handlers make quicker launches after size-ups or triple threats. This Badge will be essential if you’re looking to be more flexible on the offense.

Even if you’re the best dribbler in the world, you’ll need to pass the ball to your teammates as a Playmaker. The quality of your pass will depend on its speed and accuracy. If you try to pass the ball to the other end of the court, it may end up being too slow and cause you to lose precious seconds while you’re on the attack.

The Bullet Passer Badge increases a pass’ velocity and enhances its execution, and that’ll make it harder for the enemy team to intercept and increase your chances of scoring.

There will be occasions when you’ll find your Playmaker pinned down by two players, or you’ll dribble into a position with no openings for a pass. Passing the ball after jump shots or layups often decreases the pass’  success rate, but you can make up for that with the Bail Out Badge, which will increase a Playmaker’s passes’ success rate when they pass the ball during a jump shot or a layup.

A Playmaker’s ability to perform consistently will depend on their stamina. Although you can perform a couple of flashy moves, they may not mean much if a Playmaker loses their breath after doing so.

Handles for Days is one of the classic Playmaker badges since it helps with stamina. Players with the Badge will use less stamina while performing dribbling moves.

Ankle Breaker continues to stay as the favorite Badge of Kuroko no Basket fans. Once you equip the Ankle Breaker on a Playmaker, defenders who go up against them will have a higher chance of falling.

Once you make an opponent fall, the attack will quickly turn into a four-vs-five situation, and you should have an easier time scoring.

A Playmaker’s main goal can be to find openings and let their teammates score, but sometimes, you’ll find your Playmaker is the only player who can take a clear shot. Considering most Playmakers rely on passing and dribbling Badges, they can suffer from lower shoot-to-score ratios.

If you’re planning to take shots with your Playmaker, the Stop & Go Badge can be an ideal pick. This Badge improves a player’s ability to stop and start with the ball. Stopping fast and suddenly is one of the keys to making successful shots since you’ll have no trouble finding your balance.

Some badges may look like clear winners compared to other alternatives, but your playstyle will be the ultimate deciding point when choosing the best Badge for your Playmaker. If you favor dribbling more than passing, then your Badge choices should also be based on that.

Most players try to create a decent balance while picking out their Badges, but picking a style and choosing complimenting badges can help you to be more successful in the long run.