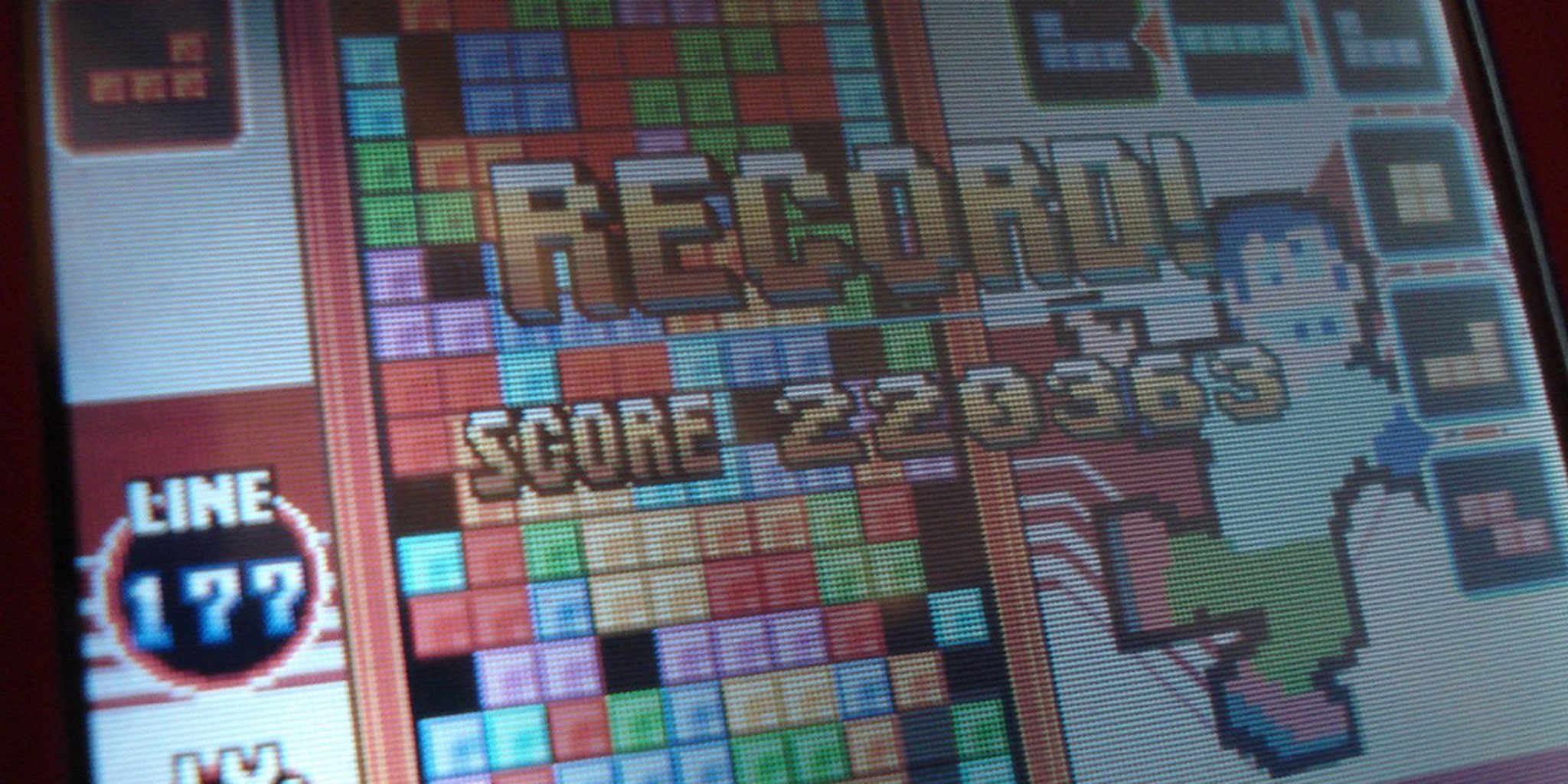 I watch an almost unhealthy amount of esports and video games. I have a witnessed a thousand extraordinary feats of gaming, seen players navigate infinitely complex and incomprehensibly nuanced situations with superhuman ease.

Last night in Herndon, Virginia, a group of gaming enthusiasts gathered for the third night of Awesome Games Done Quick, an annual charity event held by a sector of the gaming community known as speedrunners. These are players who specialize in making short work of video games both young and old, finding glitches, routes, and tricks to get from A to B faster than anyone else in the world.

Traditionally, the gathering is reserved for games like Super Mario 64, Mega Man, and Yoshi’s Island. But last night, a different game graced the stage: Tetris: The GrandMaster 3. While most games played by the speedrunning community have a traditional beginning and end, Tetris does not—unless you’re really, really, really good.

In a little under eight minutes, Birrell turns the most punishing Tetris title to date into a playground, achieving the highest possible rank for a single run.

If you’re in a place where you can watch the video with sound, Birrell and his pals discuss many of the punishing mechanics this version of the game brings to bear. If you sneaked a viewing in under your desk at the office, allow me to explain what just happened.

The GrandMaster 3 is known for its ranking system, which sees players progress through a Mount Everest of ranks before finally reaching the summit: GrandMaster.

Birrell is the only U.S. player to flirt with GrandMaster. Others in the West have yet to breach five ranks below the title.

Master Mode is the proving ground for players who hope to attain the lofty title, and it carries more than a few tricks to separate the pros from the pretenders. Chief among them is something called the “COOL/REGRET” system, where players must reach level 70 in each, hundred-level segment within a demanding time constraint. If you do it on time, you get a “COOL” flashed at the bottom of the screen.

But that’s not all. Upon achieving a COOL, the time constraint for the next segment’s COOL grows even tighter, forcing players to clear faster as the game becomes more difficult. Ultimately, the player’s goal is to reach level 999 while obtaining every COOL along the way.

That’s when things get crazy.

As the credits role, the pieces become invisible. You can see them fall, but not once they’re placed on the board. However, even clearing the invisible credits does not guarantee master status. You’ve got to do it with enough skill, achieving regular tetrises, to prove that they are worthy of the game’s highest rank

With all of these things in mind, you can imagine why Birrell is elated when his rank is displayed at the end of the test: MasterM.

“But wait,” you’re undoubtedly saying to yourself, “he didn’t achieve GrandMaster! What gives?”

Simply put, players do not reach GrandMaster by simply playing through one single, miraculous performance. This game not only requires that players achieve MasterM rank first, you’ve then got to keep those performances up, consistently proving yourself worthy of the GrandMAster title. At that point, hopefuls are presented with the “GrandMaster Exam,” and required to put together a GrandMaster performance on the spot. If they do so, they are minted with the game’s highest honor. If not, they are doomed to begin the climb anew.

Ultimately, Birrell’s rank of MasterM is the highest achievable for a brand-new account, and any technicality can little take away from the mind-numbing spectacle.