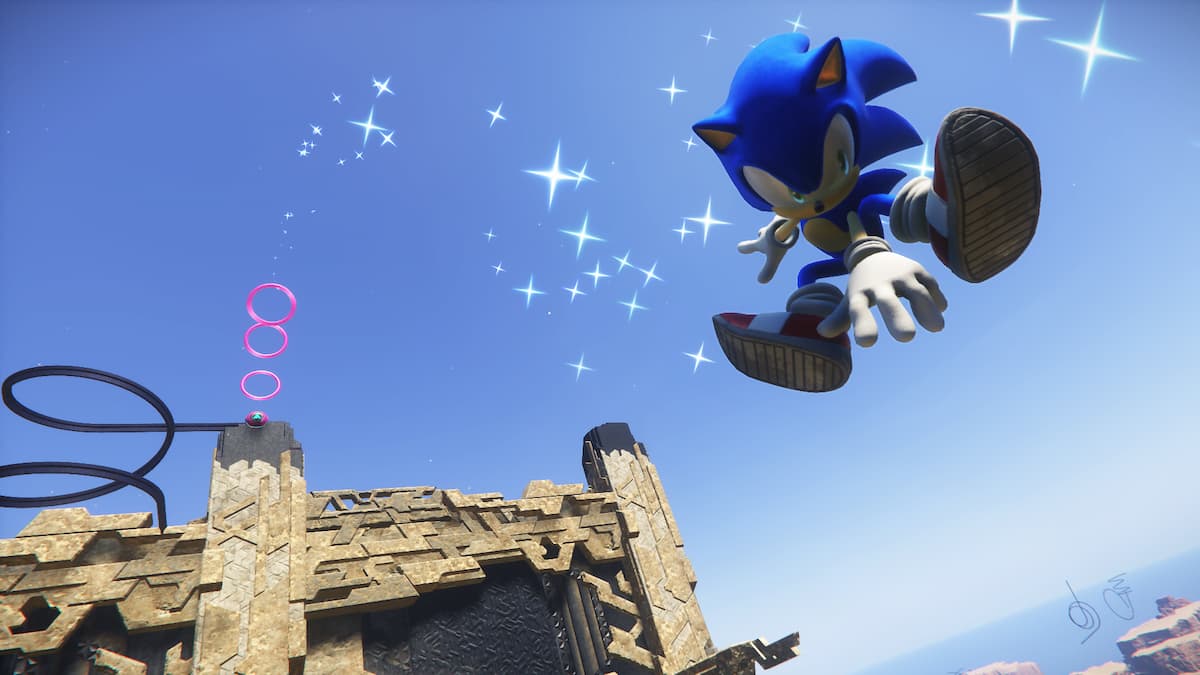 There are some games that are forever stuck at the forefront of any franchise no matter how much time passes, and the Sonic Adventure series might be the biggest example of that fan-driven longevity.

And it isn’t just the fans that love Sonic Adventure either, as the director of both Sonic Adventure and Sonic Adventure 2 also wants to bring the series back—though he thinks the opportunity may have slipped by due to expectations and how much support the project would need from Sega.

Takashi Iizuka has been working at Sega for over three decades, dating back to Golden Axe III and Sonic 3 in the early 1990s. He is now the vice president of overall product development for the Sonic the Hedgehog series and the head of Sonic Team, working as a producer or supervisor on basically every Sonic game since Sonic Rivals in 2006.

His history and role within Sega and with Sonic run deep, and it perhaps hits its thickest ties in the lead-up to 1998’s Sonic Adventure, a game that he directed and worked on within character and level designs. He would also do the same for Sonic Adventure 2 and has long been looking for a chance to jump back in even 20 years later to continue the Adventure series.

While talking with Dot Esports about Sonic Team’s development on Sonic Frontiers, a game that he is producing, Iizuka reflected on what he would want to do if he had free reign to add anything he wanted to a Sonic game. But instead of listing a feature or concept, Iizuka noted that he would instead like a chance to go back to the Adventure concept.

This is something Iizuka has mentioned in the past, which some fans took as confirmation that a new Sonic Adventure game was being developed—though that is not the case even though the game “is there as an idea that at some point it would be cool to maybe explore.”

Despite that enthusiasm to revisit what is one of the most beloved series and request sequels in gaming history, Iizuka is also skeptical that it is feasible in the current gaming landscape, both because of the heavy expectations a title like Sonic Adventure 3 would bring and the resources Sega would need to commit to get it made.

“When you look at all the games that are out there now and knowing the kind of expectations for the next Sonic Adventure game would be, it would take a whole of investment from the company, a lot of development time, and a lot of game volume to really bring something to market,” Iizuka said. “But that is what I would use the golden keys for.”

The concept of a “timeline” of sorts needing to be met for a sequel is brought up often by fans when discussing critically acclaimed or highly anticipated franchises.

The biggest example of this would be Valve’s game catalog, as Half-Life 3 and Portal 3 are games that fans around the world are always joking about or asking for. But there are some fans that think if Valve was to try and make those sequels this long after the previous entries and with there being even a slight chance at missing the mark, it is better off not happening at all.

And that doesn’t even take into account the resources that would be needed to go back and bring those games into the modern era, like Iizuka mentioned, which likely makes a lot of those revival project talks a nonstarter.

So in the end, this is Iizuka saying that he would go back to Sonic Adventure in the future if given the opportunity, but there are no plans at the moment to do that.