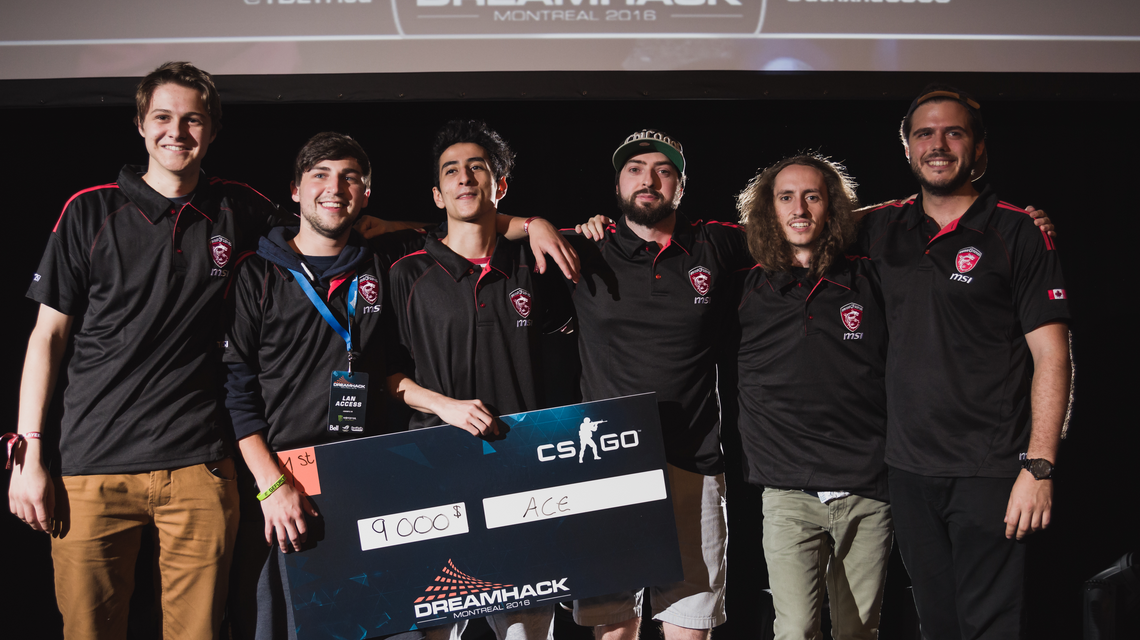 I spoke with Keven “PL1” Champagne yesterday about his ESEA Premier team called the French Canadians. PL1 is the captain of the Québécois team, and the new home of former Counter Logic Gaming player, Yassine “Subroza” Taoufik.

The team has been together for the better part of two years, playing for ACE Gaming and EnVision Esports in that time. The roster currently consists of:

Subroza was an original member of the team, but ultimately left to join professional team Counter Logic Gaming in August. When CLG announced that Subroza would be stepping down from their roster earlier this month, Subroza re-joined his former ACE teammates. He replaced Alex “Devil” Drago, who the other players had experienced communication and personality issues with in-game. Since Subroza’s return to in-game leader, French Canadians has not lost a match in Premier, extending their pre-existing two-game win streak into six.

These players were a part of EnVision Esports until this week, when the team decided to leave the organization after EnVision management stopped responding to the players’ messages. This silence effectively ended the two parties’ relationship. Although PL1 could not divulge on what organizations they are currently speaking with, he did say that they were talking to some and that they’re looking for an organization that trusts them and can help financially so they can put in more hours to improve.

At the halfway point of the ESEA Premier season, French Canadians is currently 6-2, putting them in sixth place. The top-eight teams at the end of the season will move on to the playoffs and attempt to fight their way into the ESL Pro League, something that Subroza is used to by now, but not his teammates. PL1 said that once Subroza returned to the team, it was obvious his skills and knowledge improved, something that gives the team a major advantage on a lot of the other teams in the league. He said that Subroza is more confident in his ability now, and is trying to teach as much as he can to his teammates.

When asked who he thought the team to beat was this season, PL1 didn’t hesitate in saying Denial Esports. He said that their professional experience is a huge advantage over the entire league and something that proves extremely dangerous when playing them. Denial’s professional experience is certainly daunting with players like Todd “anger” Williams and David “Xp3” Garrido leading the way.

Although Denial and other teams are dangerous, PL1 and French Canadians’ confidence has not wavered. They believe that they will prevail in ESEA Premier and move up to the ESL Pro League, with PL1 ending our conversation with a confident statement. “We’re a team with strong firepower and young talent,” PL1 said. “Our potential is through the roof, and once we have a home that can allow us to dedicate even more time to this game, we will be unstoppable.”