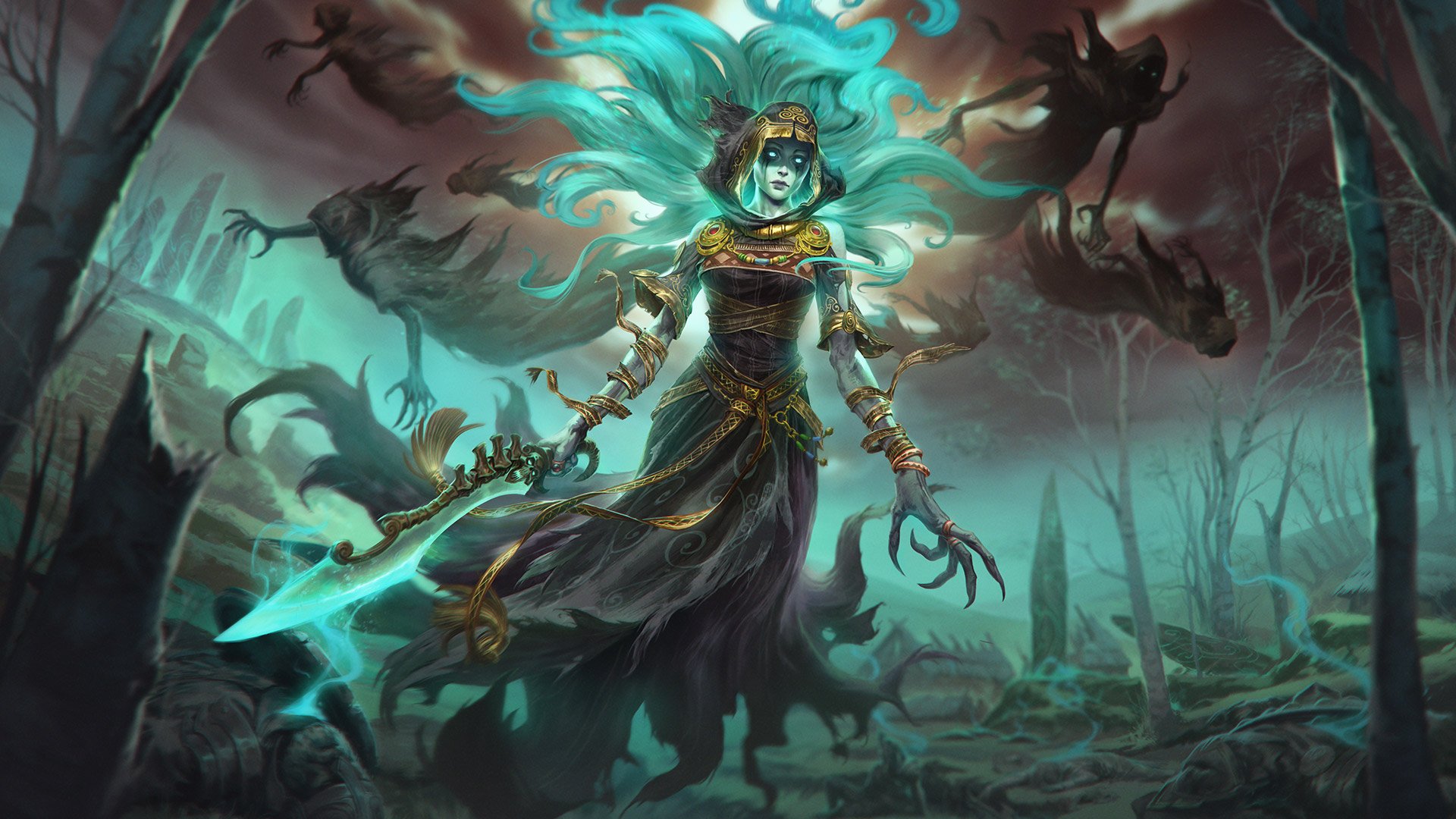 A new assassin is on her way to Smite.

Divine deities, prepare to face Cliodhna, queen of the banshees.

Cliodhna (pronounced Cleena) is the queen of the banshees. Cliodhna comes to us from Celtic mythology where she’s said to rule as queen over the fairies in South Munster, as well as the banshees. Odds are you’re familiar with the banshee if you’ve played enough paranormal-themed video games.

Banshees are powerful spirits whose loud cries are said to foretell death. In Celtic mythology, hearing a banshee’s cry meant you or someone close to you were in grave danger. Though we haven’t seen her moves in action, the Smite team has given fans some insight into what to expect from the banshee queen’s abilities.

Cliodhna’s passive will allow her to walk into walls and maintain full movement control while within them, something the devs are touting as a first in Smite. The passive ability will be accompanied by a specific series of “rules, checks, balances, and unique visuals,” according to the devs. Cliodhna’s passive will go hand in hand with her other abilities, three of which will have alternative effects if used within a wall.

Based on what we know about Cliodhna thus far, it looks like she could be a force to be reckoned with in Smite. Though we don’t have an exact date at the moment, you can expect the update containing Cliodhna to go live sometime during October.