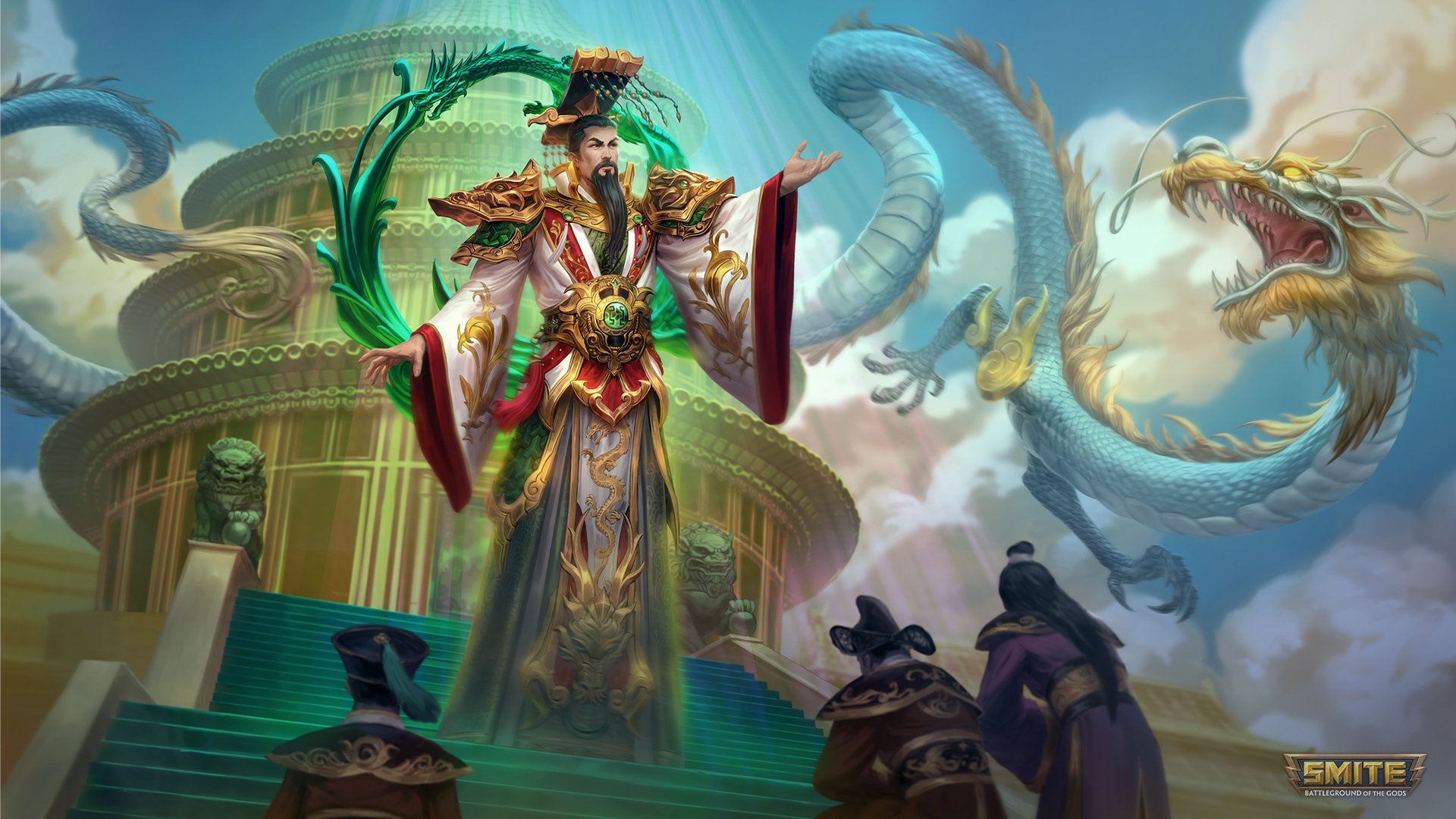 The team over at Titan Forge Games is nearly ready to release Smite’s next god. Fans of the Chinese pantheon will likely be eager to play Yu Huang, the Jade Emperor.

Shown below in his standard recolor skin, Yu Huang is said to live in a heavenly palace. Known as the Supreme Sovereign of Daoism, Yu Huang’s real-life inspiration plays an important role in Daoist theology. Fittingly, many of Yu Haung’s abilities in Smite take inspiration from Daoist theology with regard to their names and flavor.

Yu Huang was said to have defeated a powerful demon that no gods or immortals could vanquish. After Yu Huang defeated it, he was dubbed the Supreme Sovereign over all things. Even in the modern-day, Yu Huang is still viewed as a symbol that represents the triumph of good over evil.

At launch, Yu Huang will have three skins: Rising Dao Yu Huang (his recolor shown above), the Yu Huang Mastery line, and Ascended Yu Huang, which will be attached to the 2022 Season Pass. Luckily for those who want to take Yu Huang for a spin, you won’t have to wait long.