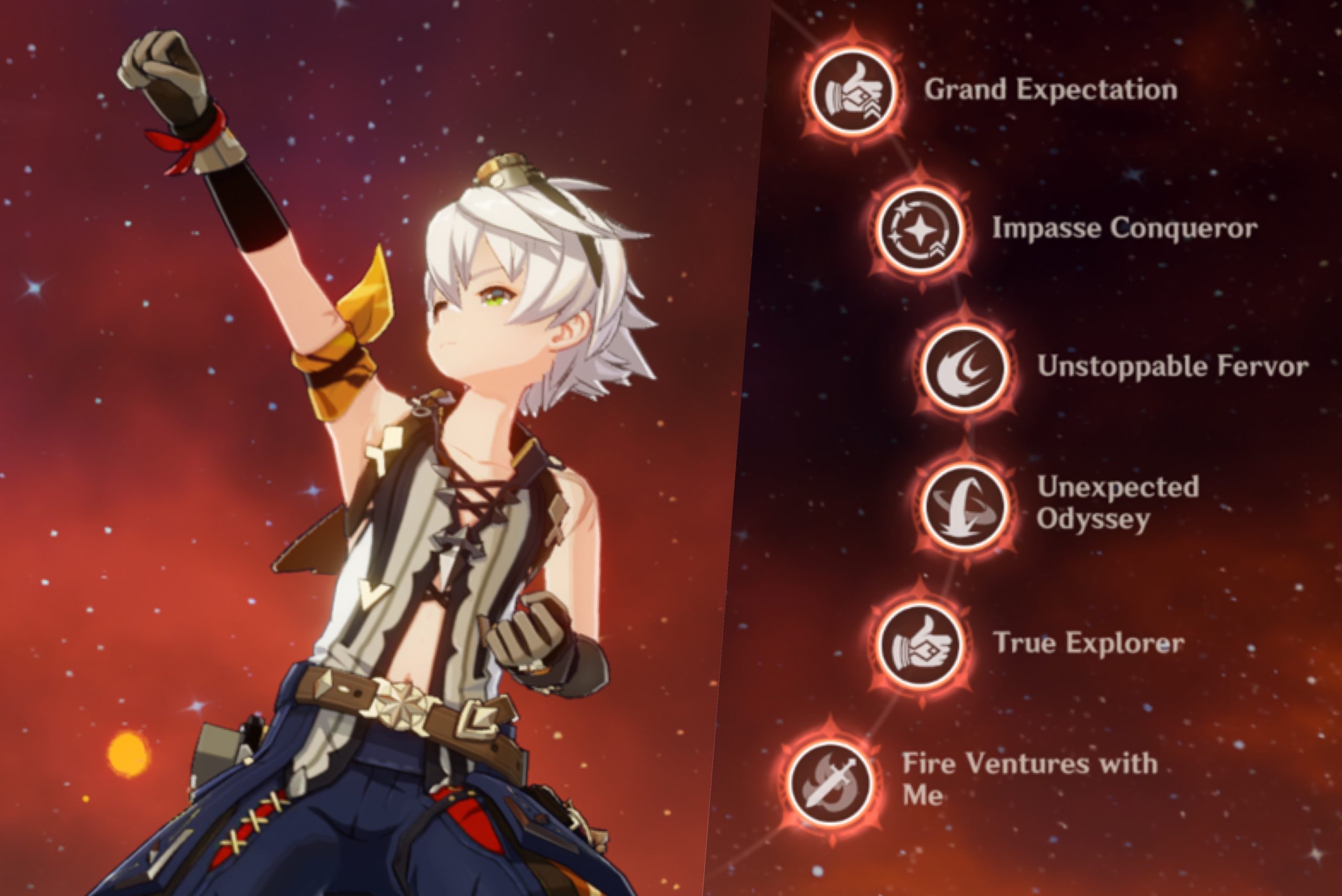 The process of unlocking characters’ full potential in Genshin Impact is a lengthy one that requires time, patience, and luck. One such aspect that can drastically improve any character’s performance but requires massive luck to fully attain is Constellations.

Constellations are obtained when you roll a duplicate of a character you have already previously gotten while wishing. Because the chance of rolling characters in Genshin Impact is relatively low, it is usually difficult to fully unlock any character’s Constellations.

But four-star characters are decently common and though there are many four-stars, it is possible to roll the same one enough times to unlock at least a few Constellations for them. Most Genshin Impact characters who regularly play likely have at least a few duplicates.

Players can also spend their Stargliiter to purchase duplicates to then unlock Constellations when the character they are hoping to upgrade is featured in the Starglitter exchange. But this is a pricey process and Starglitter isn’t easy to attain, so it is important to know if unlocking a character’s Constellations is even worth it.

Bennett is widely regarded in the Genshin community as one of the best support characters available in the game. But the character also draws much controversy when it comes to his C6.

The Pyro Sword character’s sixth Constellation grants a 15 percent Pyro damage bonus to Sword, Claymore, and Polearm characters who are within range of his Elemental Burst, “Fantastic Voyage.” This Constellation also infuses the character’s weapons with Pyro. Those in the Genshin community generally view Bennett’s C6 as a bit of a nerf of both of Bennett’s abilities as well as those of his team members.

While this buff can be good for teams that have more than one Pyro character, it can be terrible for certain characters of other elements because it overrides their own abilities. The truth of whether you should get Bennett’s C6 is that it just depends on whether you want it and how it might affect the rest of your team.

Most characters, including those like Ganyu, Mona, Venti, Klee, and Aloy among many others, will be completely fine alongside this buff since it will simply not affect them. Those who will greatly benefit from Bennett’s C6 include Diluc, Yoimiya, Hu Tao, Xiangling, and Thoma. Those who will suffer because of it include Eula, Kamisato Ayaka, Keqing, Razor, and Chongyun.

Overall, while the decision is ultimately going to depend on each individual player, Bennett’s C6 is usually not worth it and should be avoided if possible. This is because his strong suit is as a support character who heals and buffs his team, and attaining his C6 ultimately restricts his abilities as well as those of his entire party.

Characters that are released in Genshin Impact’s future could also be affected by Bennett’s sixth Constellation, which makes it something to be even more mindful of if Bennett is a primary member on any of your teams. Thus, unless you specifically want to build Bennett for that Pyro boost on a Pyro-centric team, you probably don’t want to attain or activate Bennett’s C6.

Luckily, Bennett’s other five Constellations are much simpler and very helpful. Players can at least obtain the other five and feel good about the choice to do so as the rest of the Constellations all provide helpful boosts and buffs that increase his overall function as an excellent support character.

If you do not want Bennett’s C6, remember that even if you obtain it, you can choose not to activate it. There will, of course, always be a red exclamation point on Bennett’s character reminding you to activate it, but this does not mean you have to. If you prefer his abilities without this Constellation, simply steer clear of his C6 and enjoy his otherwise solid skill set.