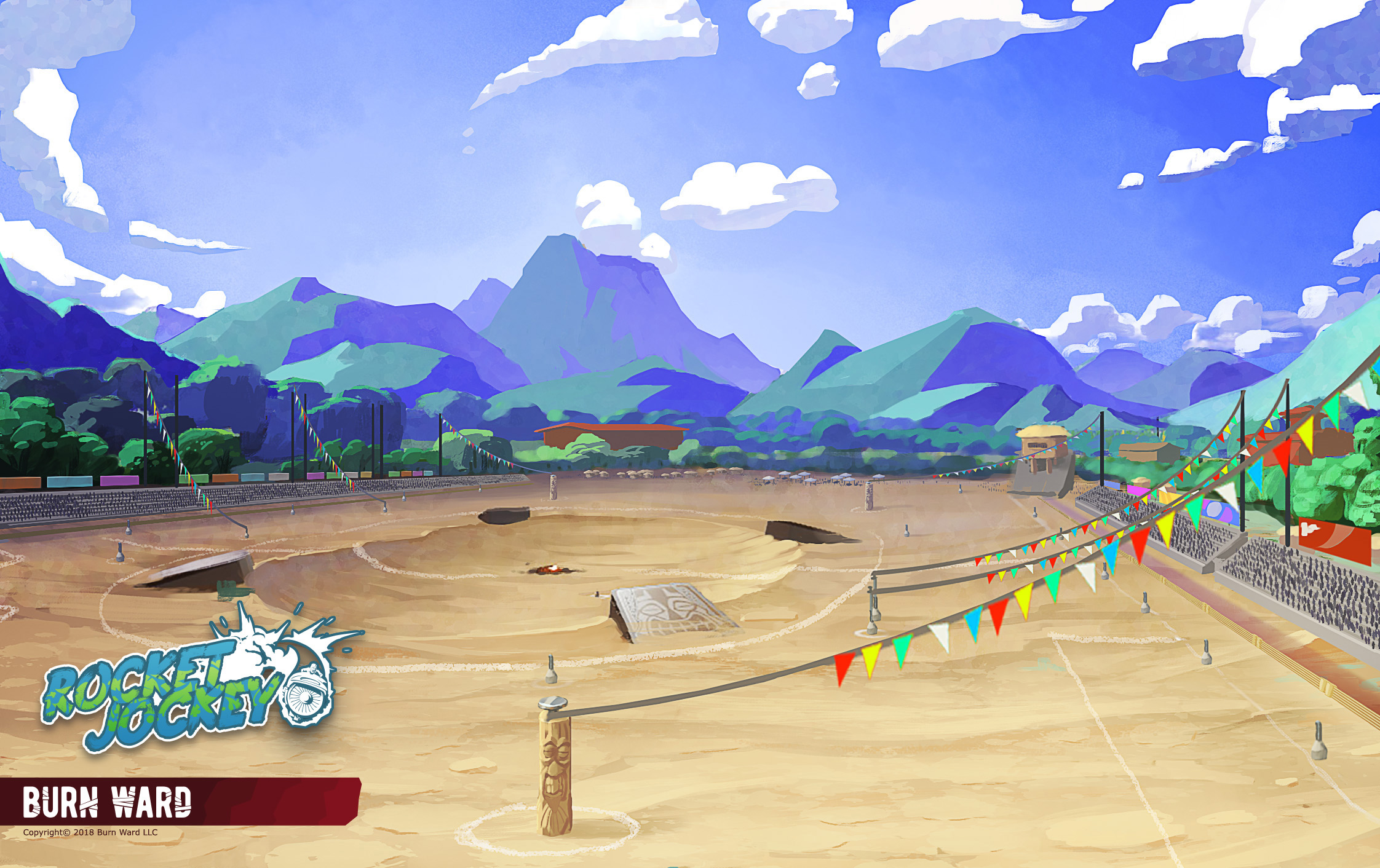 The cult classic rocket-riding 1996 PC title Rocket Jockey is being brought back to life with a whole new team and a whole new look.

Burn Ward Games is bringing Rocket Jockey to the masses with new “rockets” (jet engines with classic car chassis, to be exact) with grappling hooks so you can do some fancy maneuvers on the play field. You can do tricks, sling your rocket around the pillars provided for you to make your way around, and knock others off their rockets all in a bid to do some real damage to your enemies.

The new vision of rocket-based carnage will feature online and local multiplayer, customizable rockets, three game modes including Deathmatch, regular Racing, and Jockey Toss (though those names aren’t finalized yet) and a soundtrack rife with indie surf guitar bands including Dick Dale. “Misirlou,” here we come—hopefully.

The game looks a lot more colorful than its predecessor, using what looks like some sort of cel shading, but all of the footage we’ve seen so far is in the pre-alpha state.

Burn Ward Games’ treatment of the game is not affiliated in any way with the original team that created the first game, Rocket Science Games. Instead, Burn Ward has used its own code and assets, built from scratch with the Unreal Engine to bring this project to life.

It’s been in development for about two years, so hopefully more information is coming soon. Until then, you might want to bust out your old copy of the original and get some practice in.