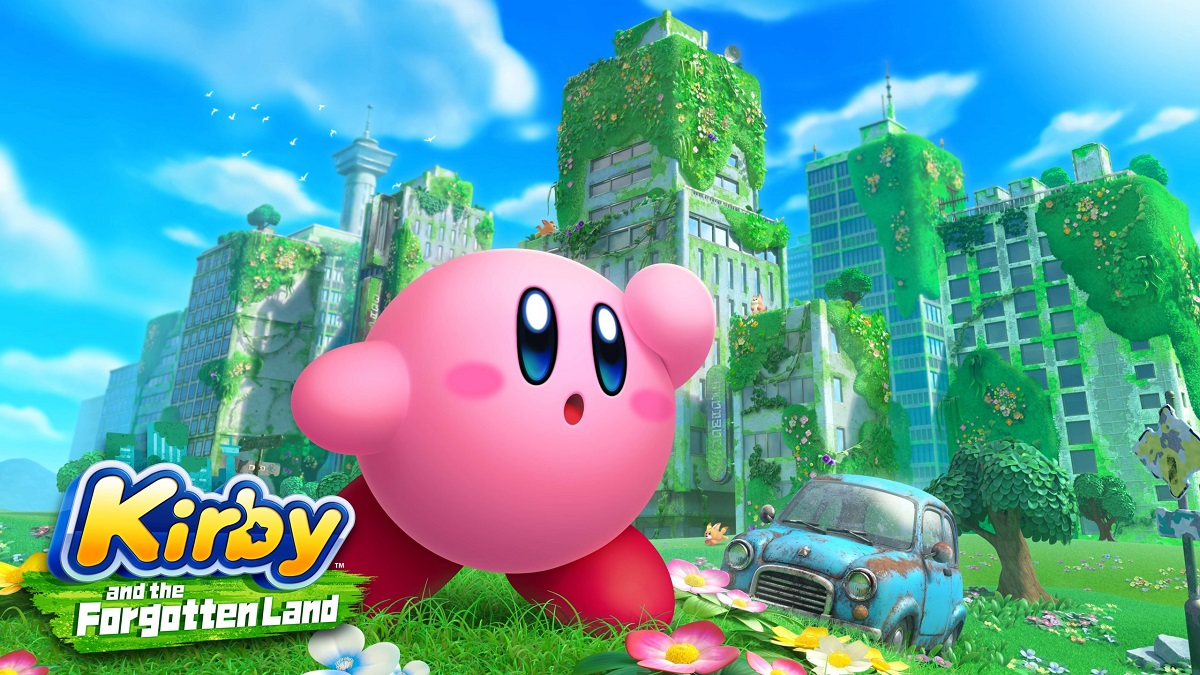 Kirby is back in the franchise’s newest installment, Kirby and The Forgotten Land, and it promises to be bigger and better than ever before. Kirby games up until this point have always been in a 2D space, even when the visuals themselves were 3D. The character would walk from left to right akin to a Mario game until a level was completed and the player moved on to the next. There was never a sense of freedom or an evolution of the formula really for over 20 years—until now.

With the launch of Kirby and the Forgotten Land, Kirby finally enters his new era in his first 3D outing—and it might just be one of his best adventures yet.

Fun for all the family

When loading into the game for the first time, players will be given an option of two distinct modes to choose from: Wild Mode, which is your typical Kirby adventure, and Spring-Breeze Mode, the game’s easier mode targeted at kids and families looking to enjoy the game at a slower pace.

Both modes offer the same game and all content will be available no matter what you choose. But the difference in choice offers varying ways to play the game depending on your skill level, age, or how you enjoy playing these games.

This isn’t to say the game isn’t challenging, however. Far from it. Wild Mode can have some difficult moments and boss fights the further you go into the game. While the first few levels might seem simple to beat and most of the objectives are manageable, as soon as you enter World 2 onwards, prepare yourself for more confusing quests, harder fights, and near-impossible mini-games that won’t be as easily beatable.

Even with this level of difficulty though, the game doesn’t have a life system. Instead, you will lose a number of coins should you perish at any level and restart at the beginning of the area you recently entered, albeit without any of the collectibles you might have found during your run. Losing coins doesn’t seem bad at first either until you realize how many you need to unlock some features near the end, so try to stay alive as much as you can and collect every coin you see.

Couple these modes with Forbidden City’s co-op feature, which allows a second player to join in on the fun and help Kirby out, and Nintendo has basically provided a way for parents and their kids to play together in this epic quest. When in co-op mode, the camera and second player always follow Kirby, so a parent could easily take charge of Kirby to lead their child through the game, or provide a platform for two players to help each other find all the secrets throughout each world.

While this might feel perfect for kids and parents, anyone else might not fully enjoy co-op mode as it is. Since the first person has full control over the camera and where the players go, the second player is dragged along for the ride with no way to take the lead or enjoy the game at their own pace. The co-op mode also does not have online play and is restricted to local play only.

An escape from the norm

Once difficulty tweaks are settled, though, and you finally get into the game, you’ll begin to see just how different Forgotten Land is to previous mainline Kirby games. The 3D world breaks any Kirby convention so far and makes you question where to go and what you need to do to find every small thing on offer.

Don’t expect this to be Kirby’s Super Mario Odyssey adventure, like many initially thought in the trailer. The game still has distinct worlds and level structures you need to follow with each world having its own collectibles and missions to complete. Instead, think of Forgotten Land like Kirby’s own version of Super Mario 3D World:

The game is designed around one big overarching area with smaller levels inside of it, all with their own themes and aesthetics that are completely different from the last. Each world has a boss you need to beat at the end to progress through the game.

Don’t let that discourage you if you were hoping for something grander. These worlds have a ton of secrets that even we have yet to find. When you load into a world at the start you’ll be given a series of missions to complete to unlock Waddle Dees, the game’s version of 3D Land’s Green Stars that unlock worlds and bosses later on. Some of these missions offer no hints or tips at all, and you’ll constantly be replaying worlds again and again when you unlock new Copy Abilities to get Waddle Dees or missions you might have missed the first time.

If you’re the type that likes to fully collect everything the first time in a level before moving on to the next, you might want to temper your expectations and play the game casually before coming back later after unlocking features to finally find everything throughout the entire game.

It wouldn’t be a Kirby game without copy abilities. Forbidden Land brings back a large number of fan-favorites while also adding some new ones into the mix, alongside the new Mouthful Mode powerup, which allows Kirby to take over items such as a car, traffic cone, and more to progress throughout the level and unlock secrets that would otherwise be unreachable.

Mouthful Mode basically acts as the selling point for this Kirby game akin to the robots in Kirby: Planet Robobot. And while some levels can be completed without ever having to use them, completionists will need to master them all to get everything on offer.

As for the usual copy abilities the series is known for, Forgotten Land shakes up the formula slightly by allowing you to level up these abilities to unlock new attacks and looks for Kirby as he progresses through the game. Most of these unlocks are hidden behind progression, so players will need to race to 100-percent completion to see all the game has to offer.

We have yet to mention the game’s numerous optional features, such as the various mini-games scattered across the map that unlocks over time, which is required to beat to get the materials needed to level up your copy abilities. There is also the Waddle Dee Town, which slowly develops as you save more Waddle Dees and complete objectives to give you more options. There is just simply a lot to do. Far more than potentially any Kirby game before it that just makes the game a delight from start to finish.

Forgotten City is a remarkable Kirby game. It somehow keeps the same formula the main series is known for from its Copy Abilities to its gorgeous visuals while also adding new elements such as 3D worlds and new features to make a nice package.

While going back to some worlds might seem a bit repetitive to some, the game offers a distinct challenge for those seeking it while also remaining accessible to families looking to play a cute and colorful game together. Kirby’s jump to 3D has been stellar but we can’t help but wonder what will be next for the pink puffball when we see his next mainline game in the future.

While some of us will be hoping to see Kirby venture into the space of open-world games, Kirby has always excelled at doing what it does best. Forgotten Land proves that not every main series needs to be an open-world game to offer stellar amounts of fun, humor, and originality and can keep inventing itself and adding new features for its audience, young and old, to enjoy years for to come.

Disclaimer: A code for the game was provided to us courtesy of Nintendo.