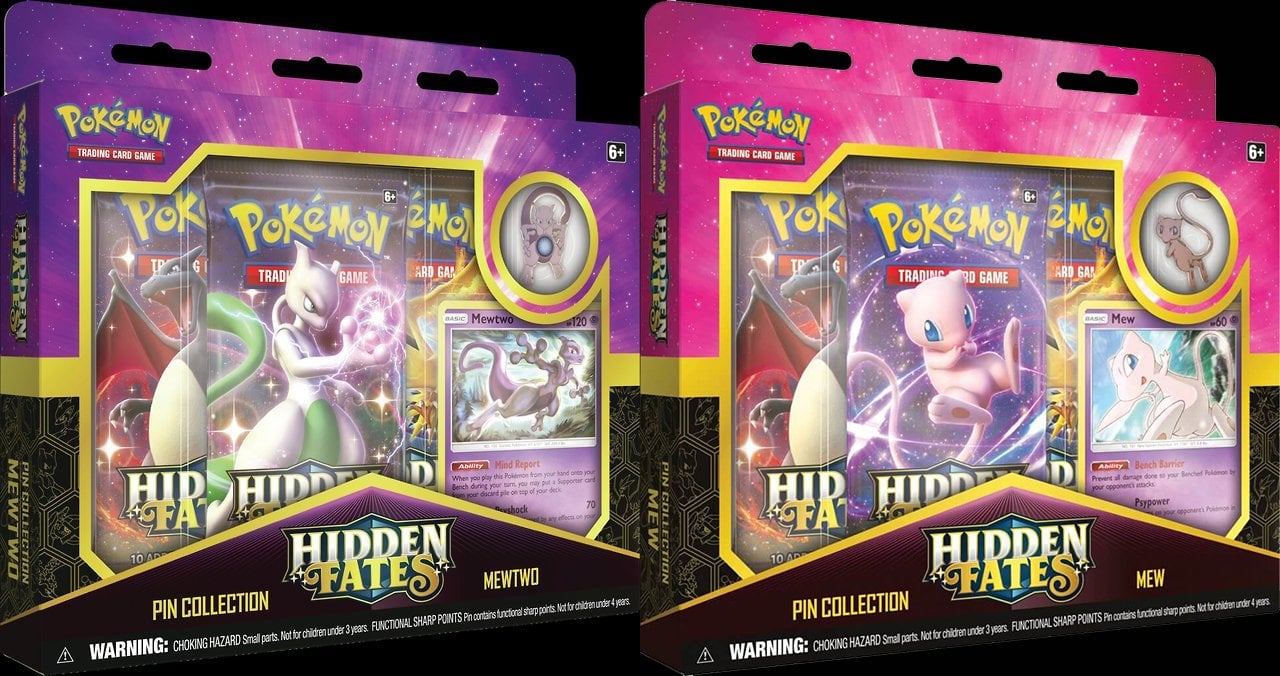 The Pokémon TCG is getting a new promo release as a Hidden Fates Pin Collection featuring foil cards of both Mew and Mewtwo. It’s hitting store shelves on Aug. 23, 2019.

The duo of Legendary Pokémon are available in the two new collector boxes that will give players a pin featuring either Mew or Mewtwo depending on the box.

Along with the foil promo and pin, players will also get three Pokémon TCG: Hidden Fates booster packs and a code to unlock all of the physical items for the Pokémon Trading Card Game Online. This will let players build out both their physical and online card collections with cards from the newest expansion that will release on the same date.

Of course, all of these cards will be tournament legal for TCG events and will add a new dimension to the post-North American International Championships meta. This set could bring several new variations on old decks and completely original ideas to the Pokémon World Championships from Aug. 15 to 18 in Washington D.C.

The entire set, including booster packs and the Hidden Fates Pin Collection for both Mew and Mewtwo will be available for purchase Aug. 23, 2019.