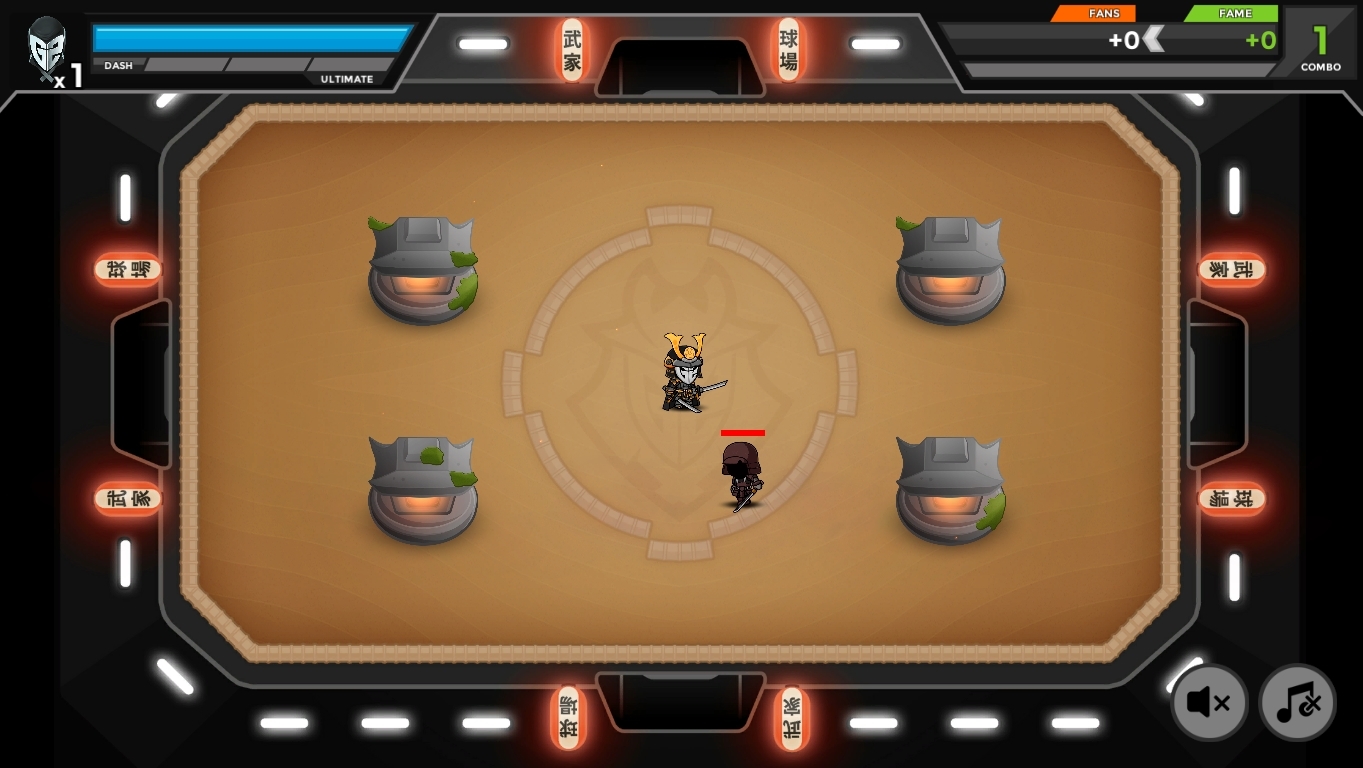 Titled G2 Esports Samurai Arena, the game features five sections, each with three levels and a boss battle at the end. Samurai Arena has players control a miniature samurai with a G2 mask, as they fight off waves of enemies. These enemies range from samurai, to archers, and even sumo wrestlers.

As the players take down enemies, their energy bar charges up. Once the bar is filled up, the player can unleash an ultimate attack, which does area-of-effect damage.

Spliced between each section are condensed descriptions, divided up by year, of G2’s history as an organization, with a focus on its League of Legends team. The story begins with Carlos “ocelote” Rodríguez Santiago, G2’s founder, creating the organization, and continues until present day.

Between levels and as drops from enemies, players can receive health pickups and extra lives. While the extra life item is a tiny G2 mask icon, the health pickups are blue gems imprinted with the logo of Logitech, one of G2’s sponsors.

Included in Samurai Arena is a leaderboard for players to save and compare their scores with others. To gain access to the leaderboard, players must authenticate themselves through their Twitch account. Players who either don’t have a Twitch account, or simply don’t want to sign in, have the option to skip the authentication process, though their scores won’t be saved.

In celebration of Samurai Arena’s launch, G2 and Logitech will be rewarding the top three players in the leaderboard by Sept. 24, at 5pm CEST (10am CT) with various prizes. Fans have four days left before the contest ends.