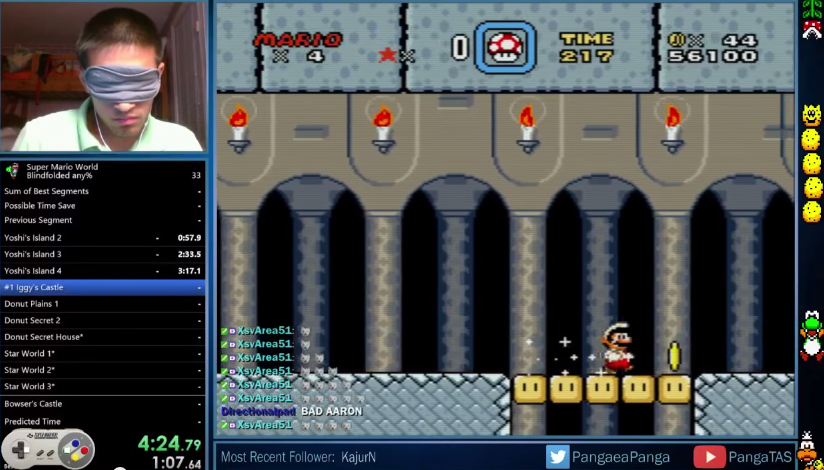 Remember all those hours as a kid you spent battling your way out of Yoshi’s Island? Now a Super Mario World speedrunner, Twitch user pangaeapanga, is here to remind you how excruciating some of those levels were—by successfully completing the entire game while blindfolded.

Panga, who speedruns in real life as a cross country athlete, took it slow for his latest feat. Masked runs have become popular recently, perhaps because they prove that once you’ve played a level a zillion times, your hands remember what to do even if your sight is hidden. Despite dying three times and getting lost once, Panga still managed to complete the whole thing in just 23 minutes, as a stream of astonished Twitch viewers looked on.

But the real kicker is that he only started practicing blindfolded runs a mere seven days before he was able to complete the run.

Panga’s run has been seen by 300,000 viewers on YouTube in two days. He’s apparently been drawing the notice of league players as well, judging by his latest tweet:

Just to clear some things up, I am NOT interested in joining any gaming leagues/clans/teams at the moment. Lol.

Do you feel accomplished yet?