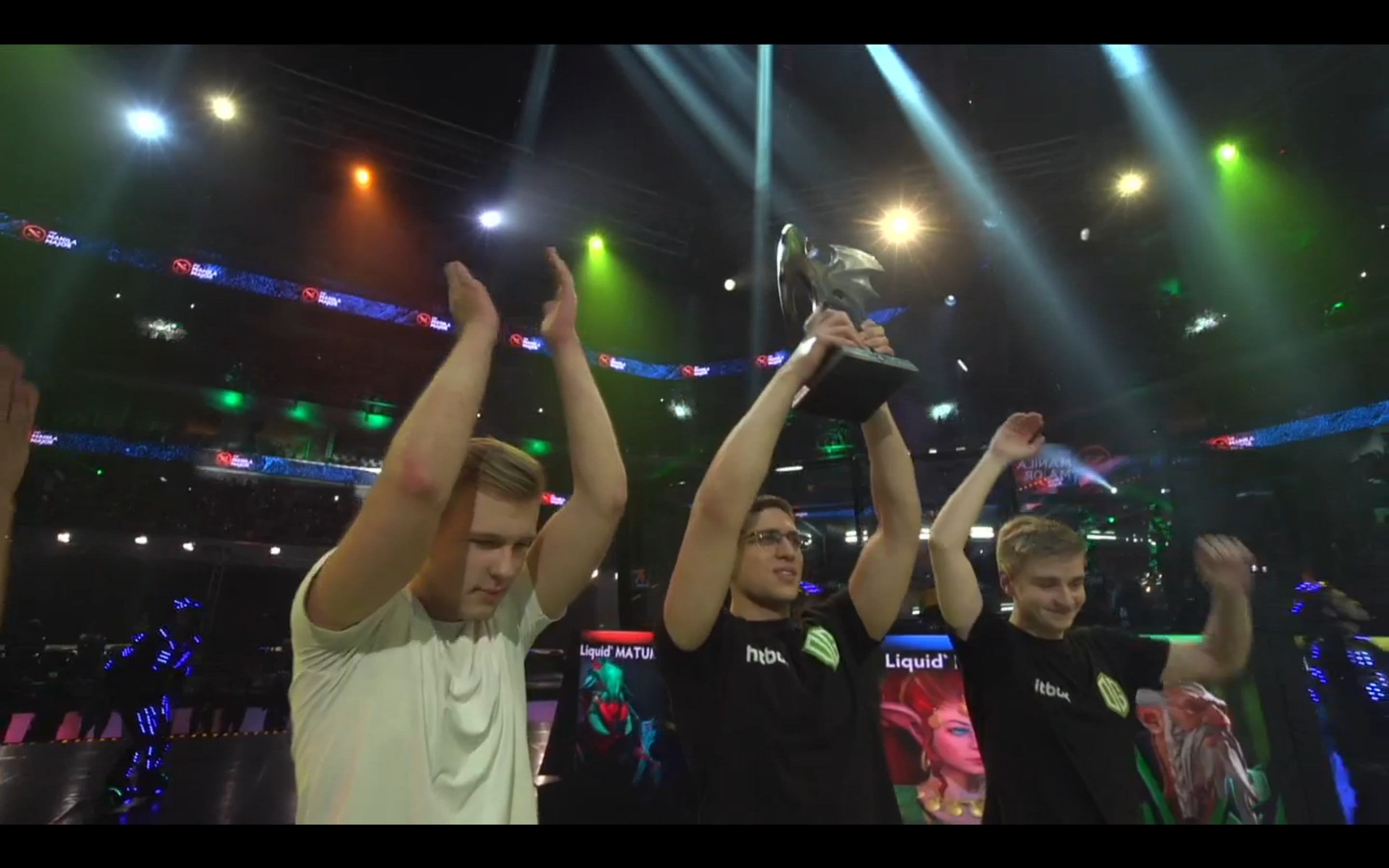 After four gruelling games, OG has secured their title as the Manila Major champions. This also means that, following their surprising run at the Frankfurt Major, they’ve become the first team to ever win two Valve-sponsored events.

Like their series against Newbee yesterday, the European team started out on the backfoot. Losing the opening game of the series to Team Liquid. This turned out to be a momentary lapse, however, as OG came back roaring. Winning the three remaining games of the series.

OG’s run through the playoffs was an emphatic statement. Losing only two games throughout their entire campaign, beating Na`Vi, MVP.Phoenix, Newbee, and finally Team Liquid in order to secure their second victory at a Valve major.

This also marks Team Liquid’s second consecutive appearance in a major final, a repeat of their run at the Shanghai Major earlier this year where the European squad lost with an identical 3-1 scoreline to eventual victors Team Secret.

OG’s historic achievement aside, the Manila Major will also be remembered as the tournament where South East Asia continued to show their consistency on the international stage. Whilst the region was previously known for only fielding one strong team at a time, the two past majors have seen South Korean MVP.Phoenix and the Malaysian Fnatic teams place within the top six. Proving the region’s ability to produce teams that can consistently vie for top spots at international events.

On the opposite end, this major spelled disaster for tournament favorites Evil Geniuses and Team Secret. The latter of which, who looked like they had one of the most individually talented rosters to ever be assembled in Dota 2, exited the event without winning a single series. Whilst Evil Geniuses’ performance saw them win one series in the group stage, they also ended their tournament run with a last place finish, prompting an immediate roster change which saw Evil Geniuses offlaner leave the team for the aforementioned Secret.

All-in-all the Manila Major showed us that the field in Dota 2 has never been more even, and with all eyes set on the International 6 this August it’s safe to say that competitive Dota looks to be in the best state it’s been in for a long time.