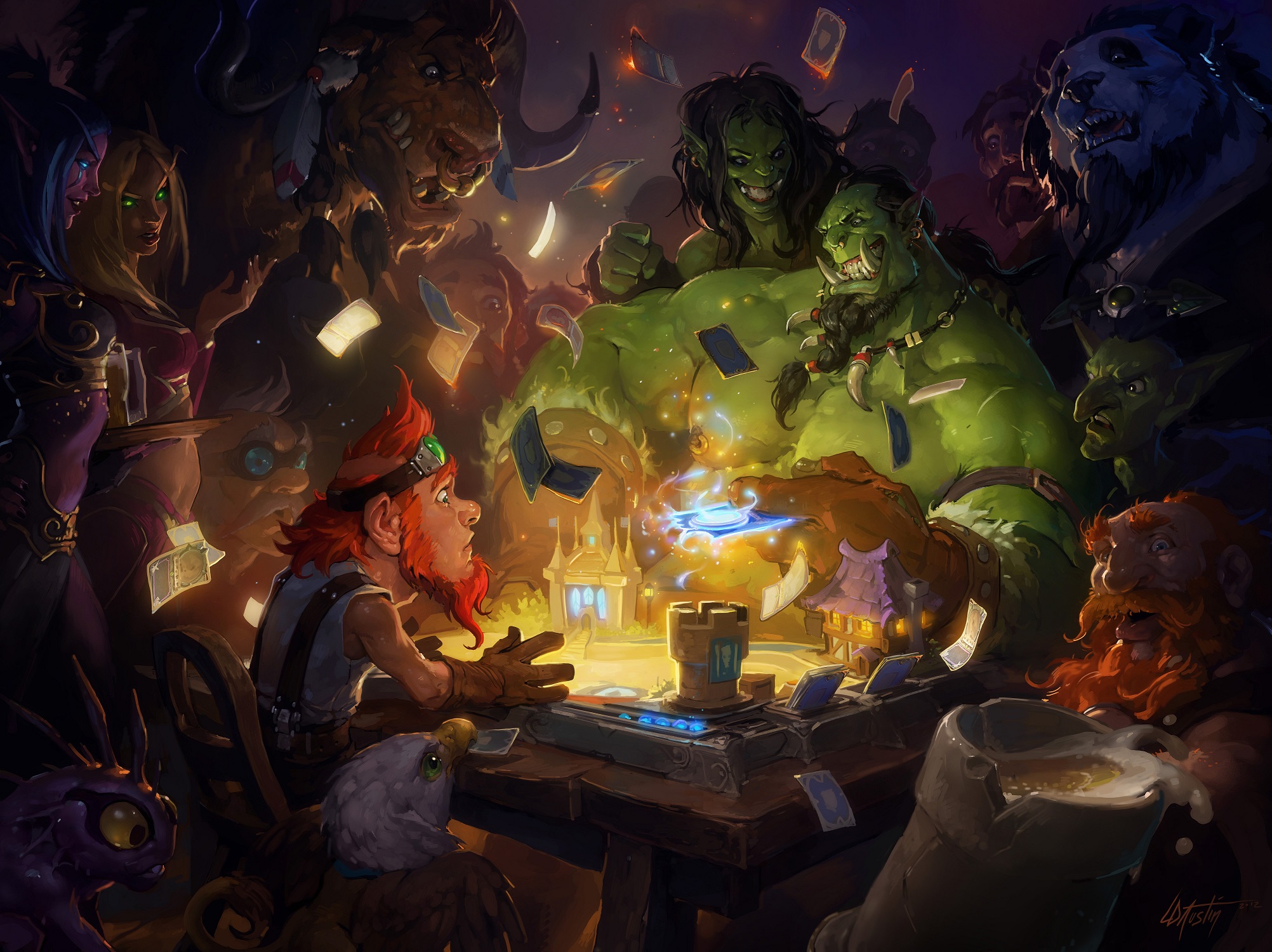 With $25,000 and 230 World Championship points up for grabs, the NVIDIA Hearthstone Pro-am tournament was announced to some fanfare last month. Now after weeks of complaints about both the pro broadcast and the amateur league logistics, the tournament is taking a bashing in the community.

With over 15,000 players in the amateur division, the tournament was an ambitious attempt at a completely open tournament with the prize pool of a major event. Unfortunately infrastructure and support failings have left players feeling disillusioned and turned off. Rather than play in a bracket, the 15,000 players are thrown into one single pool with eight rounds of games. This format is known as swiss, and is popular in other card games like Magic: the Gathering.

With thousands of players competing for 16 spots in the next round, it was inevitable that players would fail to show up for matches. Despite such a large field, each player only plays eight matches with the best 16 advancing. This means that even a perfect 8-0 record is not enough to guarantee qualification. These no-shows may count as wins on a player’s record, but do not add anything to their overall game score—the score that will be used as a tiebreaker at the end. Essentially, any player who had any of their eight opponents fail to turn up for a game would likely be eliminated from the tournament no matter what.

Because of this, a number of the top players taking part in the open bracket have decided to give up on it. SK Gaming’s Filip “Numberguy” Samuelson said that the tournament was “not worth it”, while Nihilum captain Jakub “Lothar” Szygulski said he had “stopped caring” after two byes had all but eliminated him from the tournament.

These players might not be eliminated after all, however—though they don’t know that yet. NVIDIA told the Daily Dot that it had plans for an “amateur playoff” for, at a minimum, all players who go undefeated. This is the first time this playoff has been mentioned, and this information has not been given to players.

An NVIDIA spokesperson said the amateur playoff would “take place before the global finals bracket.”

The spokesperson added: “We regret any confusion about the amateur player playoffs, but we need to complete the group stage before we determine the amateur playoff size. More details will be forthcoming shortly.”

This will come as no comfort to players who were not aware of the playoff, and subsequently decided to forfeit their remaining games.

The opening day of the amateur side of the tournament saw a complete website meltdown, with players unable to log in and see their match ups, log scores, or contact their opponents. Players who were unable to play their matches flooded the tournament’s TeamSpeak help server, and admins were unable to cope with the volume of requests. The first week matches were eventually delayed by two weeks, but players took to reddit to complain that their opponents were uncontactable. Unable to set a match time with those opponents, players could not then request a forfeit win either.

Other players reported that that opponents were falsely claiming forfeit victories. Both reddit and the NVIDIA forums have filled up with complaints from disgruntled players, with little to no response from the organizers.

Away from the chaos of the open bracket, the pro tournament had its own problems. With NVIDIA’s rigid streaming schedule for sponsored players, the first week’s broadcast had no tolerance for overrun. With a match between Andrey “Reynad” Yanyuk and Sebastian “Xixo” Bentert still in progress, the stream abruptly cut to Cloud9‘s Spencer “Hiko” Martin streaming his CounterStrike games. The players and casters were not informed that the switch was taking place.

Other players complained about the countries that NVIDIA barred from entering the amateur tournament, which is more restrictive than the list used by Blizzard for its World Championships. Included in that list is Romania, even though Romania’s Dima “Rdu” Radu was invited to the pro division.

Perhaps as a result of the ill will created among the community, the stream has struggled for viewers. Competing with the rival Kinguin Pro League on Thursdays, the NVIDIA stream has consistently struggled to break into five figures. By comparison, Kinguin has attracted 15-20,000 as a minimum each week. NVIDIA announced last week that the broadcast would move to Wednesdays, likely in the hopes of attracting a better audience.

NVIDIA told the Daily Dot, however, that it was “pleased” with the reception and that it would “work hard to continue to deliver the best experience possible.”

Blizzard did not respond to a request for a comment on its process for sanctioning points giving tournaments.

Disclaimer: The author of this article is a commentator for the Kinguin Pro League.