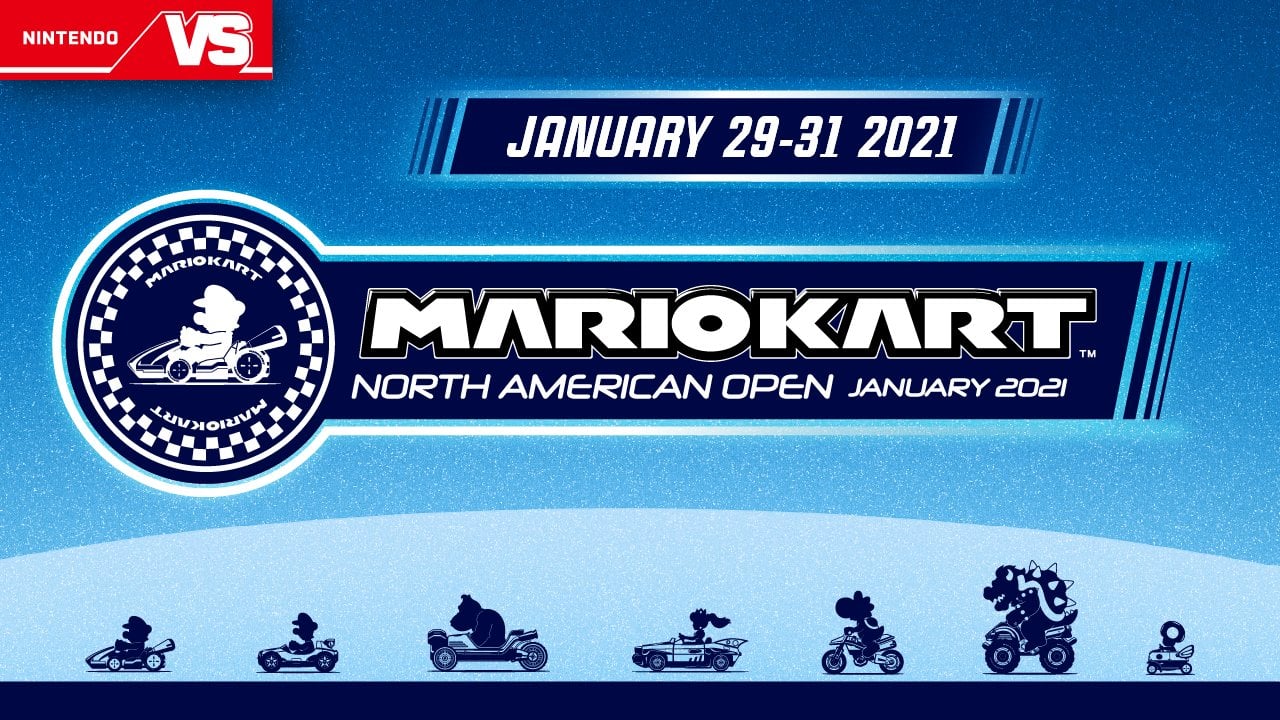 Nintendo is ready to let loose with its next North America Open event, this time featuring Mario Kart 8 Deluxe.

To compete, players must be at least 13 years old, 18 or older in Mexico, have access to a Nintendo Switch console, Mario Kart 8 Deluxe, a Switch Online membership, and “high-speed” internet. There’s no purchase necessary for anyone who decides they want to enter.

To register, players simply need to join the specified Online Play Tournament in the Mario Kart 8 Deluxe online menus and compete in matches during the scheduled times each day, 2pm to 8pm CT. There will be codes listed for each day, which players will need to enter in the “Search by Code” area of the Tournaments page.

Here are all three codes for the event:

There will be eight winners named each day, 24 in total for the event. Each will be rewarded with 2,500 My Nintendo Gold Points, worth about $25, to use in the Nintendo eShop.

The rules have also been released, limiting players to 24 races per tournament day. Any ties will simply be decided by defaulting to the player who got to that specific placement first.

There’s no information yet on if the event will be broadcast with commentary on any of the official Nintendo channels. But considering that the Splatoon 2 NA Open wasn’t streamed because of protests surrounding Super Smash Bros. Melee, it’s unlikely to get any stream time.

You can learn more about the event on the official Nintendo website or view the rules on the event’s page.