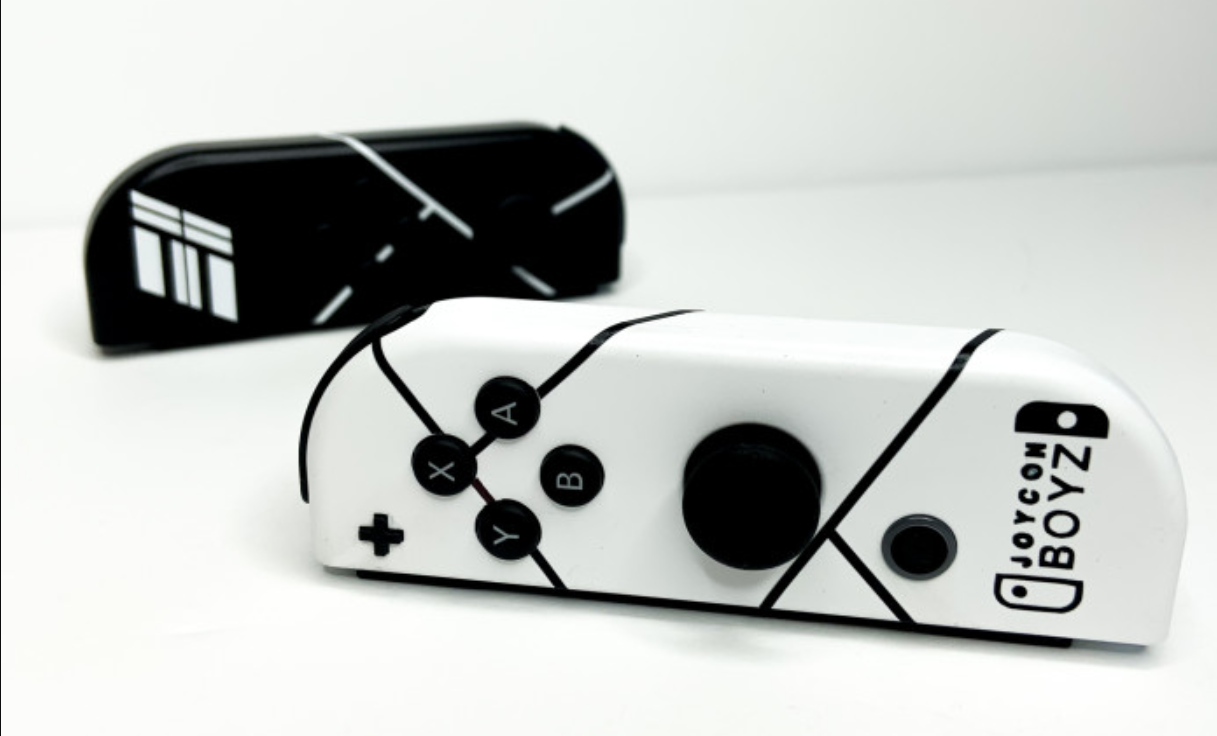 As multiple parts of the Nintendo community continue to deal with the company shutting down competitive events, another cease and desist from the company was recently picked up on—though the order was actually from a few months ago.

This time, the notice came in the form of Nintendo demanding that custom hardware designer CptnAlex cease the production and sales of a set of Joy-Con controllers made in honor of content creator Desmond “Etika” Amofah.

Etika, who died in June 2019, was a massive fan of Nintendo and its IP and was often referred to as a “hype-man” when it came to the company’s many Nintendo Direct livestreams. These controllers, dubbed Etikons, were designed not only to honor Etika, but also to raise money for the JED Foundation, a charity that protects emotional health and prevents suicide for teens and young adults.

The custom design, featuring Etika’s logo and the logo for his community, the JoyConBoyz, was crowdfunded on Indiegogo on its second run, having failed to reach its goal of $65,000 on its first attempt.

CptnAlex successfully completed production on the Joy-Cons and sent them out to backers of the project and proceeded to list the remaining shells he had leftover on his Etsy store. But as of September, he was forced to stop any further production, sales, and distribution of the remaining Etikon shells because Nintendo sent him a cease and desist.

This cease and desist wasn’t just sent for the Etikon shells. When asked about the situation today, CptnAlex said it involved multiple of his designs since he sold other modified controllers and shells on his various storefronts.

“Nintendo didn’t shut down my business completely,” CptnAlex said. “They just had me remove some designs and I’m modifying most of them. Controller modification isn’t the issue, use of copyright is.”

The main reason the Etikons were specifically targeted by Nintendo, according to CptnAlex, was that the word JoyCon appears on the shell, despite the official spelling being Joy-Con. This is because Nintendo legally owns the word Joy-Con, as they have it copyrighted along with other titles like Pokémon, Nintendo Switch, and more.

Essentially, because Alex was producing, marketing, and selling products that featured Nintendo’s intellectual properties he was put on notice that continuing doing so could result in legal action. The company demanded that he cease marketing, production, sales, and distribution of any products that were listed in the initial cease and desist, including the Etikons.

The only way to work around this would be to make another design that removes the JoyConBoyz portion of the design, though that would also take away the homage to Etika.

As fans become more aware and watch Nintendo’s actions more closely following the events of the past two months, it is likely that more situations like this will be more publicly discussed on social media.