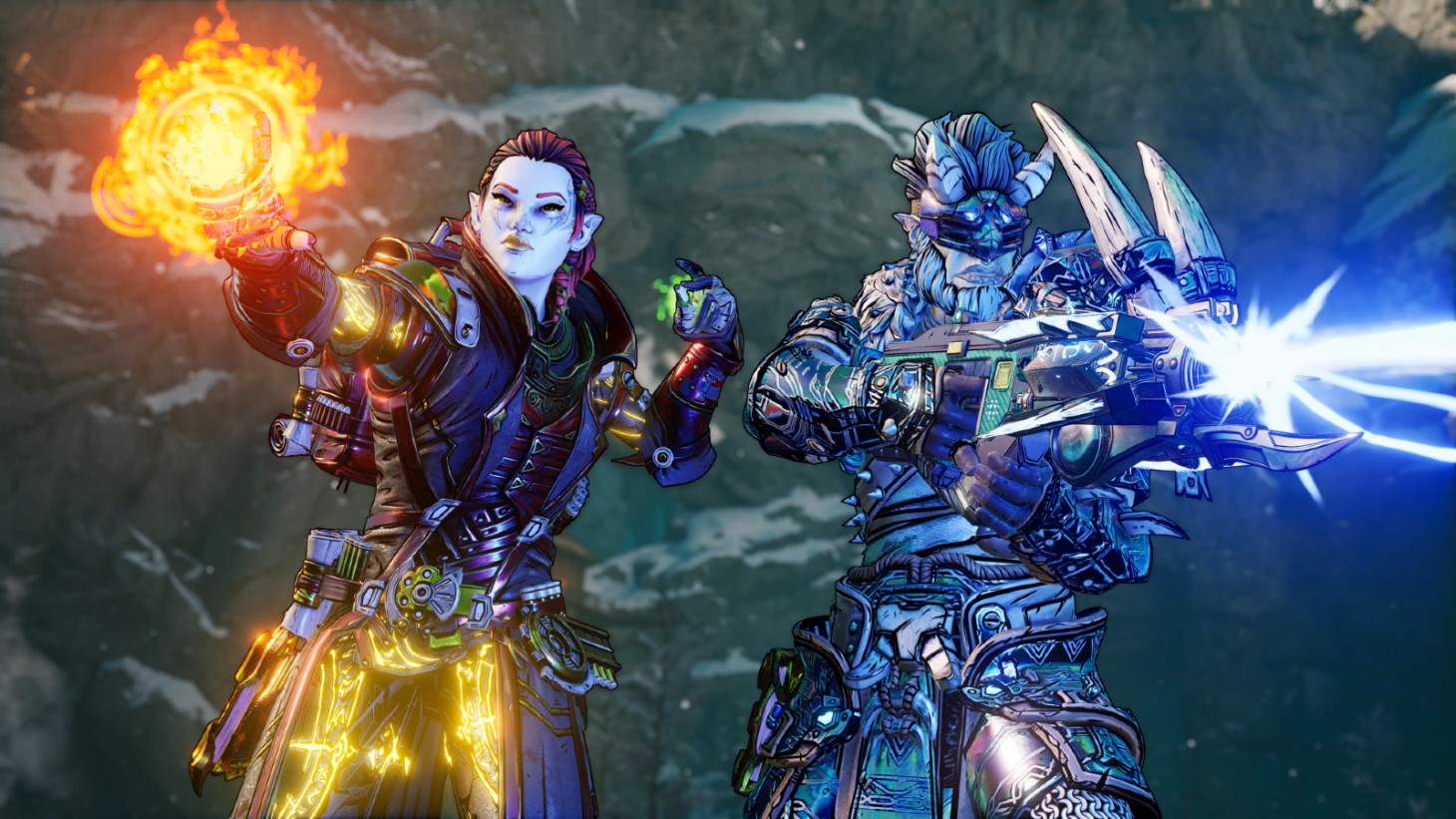 The latest trailer for Tiny Tina’s Wonderlands, which will be released on March 25, has introduced two new classes, a multiclass system, and two new locations.

Over the past few months, the developers at Gearbox Software have been feeding fans new details about the game’s classes. It started back in October when the Stabbomancer and Brr-Zerker classes were first revealed. A couple of months later, in December, the Spellshot and Clawbringer classes were revealed.

And now, the final two classes—Spore Warden and Graveborn—have been unveiled in a new trailer.

The Graveborn class is made up of “death-touched acolytes who sacrifice health to unleash devastating Dark Magic attacks and become the phantasmal Reaper of Bones,” according to the Gearbox press release. Graveborn use “their Demi-Lich Companion and sacrificial Action Skills” to fight against enemies, which sometimes costs them their own health.

The other revealed class, Spore Warden, is characterized by their ability to summon tornadoes and fire arcane arrows at their enemies. Spore Warden are Gun and Companion Specialists “that can significantly boost the abilities of their companions and allies while laying down withering firepower and slowing advancing enemies with Frost tornadoes.”

Gearbox also revealed a new multiclass system for the game that will allow players to take advantage of two classes simultaneously. When players start the game, they’ll be able to choose one of the following classes:

As players progress in the game, they’ll gain access to the announced multiclass system, which will open up a secondary slot for an additional class.

“Each class is defined by a permanent Class Feat, two iconic Action Skills to choose between, and a skill tree loaded with passive abilities,” according to Gearbox.

The latest press release also revealed more details on the game’s locations, unveiling two new areas. Crackmast Cove will be the home of naval enemies such as pirates, while Drowned Abyss is described as a “nightmarish expanse” that’s located under the ocean.

Players will also be able to encounter a new character called Bones Three-Woods. Bones Three-Woods will have “a long, intricate, and sad backstory,” according to Gearbox. Having sailed in dangerous waters, Gearbox revealed that this new character always found victory but no longer has a crew. “Now, he spends his days guarding the southern gate of the Briny Shelf,” Gearbox said. “He sings songs to remind him of better days, when loot, love, and life seemed to last forever.”