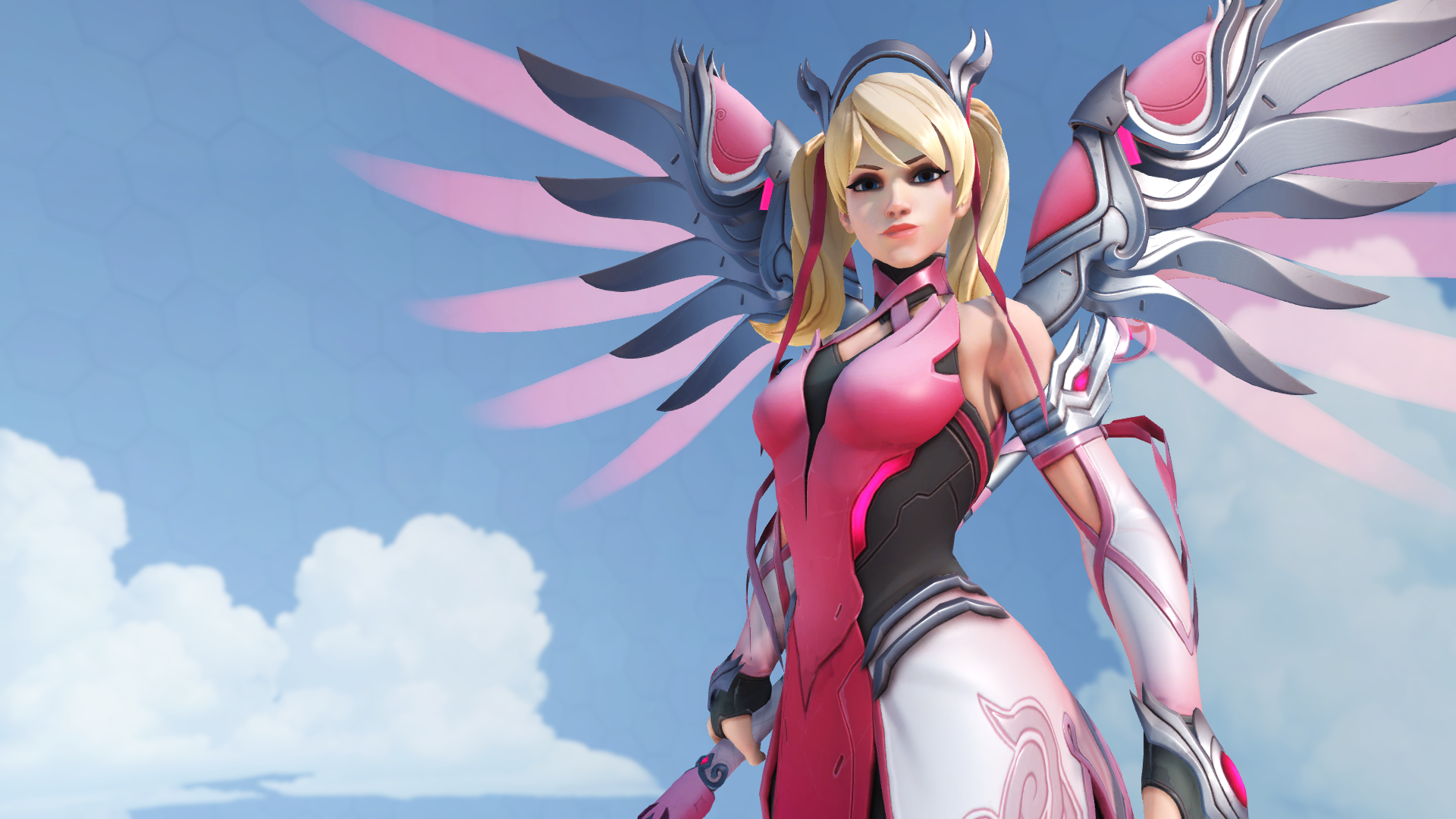 Overwatch has a new kind of skin in the game—a charity skin.

Blizzard just launched an Overwatch update that introduces a brand new all-pink Mercy skin. Players can purchase the skin in-game, and 100 percent of the money earned will go to the Breast Cancer Research Foundation. The Pink Mercy skin is available until May 21, and will cost $15.

“Breast cancer is the most common cancer that affects women,” Overwatch game director Jeff Kaplan said in a Developer Update posted to YouTube. “Many of us on the Overwatch team have friends have family that have been personally affected by this devastating disease.”

Mercy is a natural choice for the first medical research charity skin. In-game, Mercy is a Swiss field medic and doctor known as a “peerless healer” and a technologically advanced scientist. She’s a symbol of helping and healing, Kaplan added.

The BCRF is the leading private funder of breast cancer research, Kaplan added. “We know how motivated and inspirational the gaming community can be, and we would love to see you join us in this effort.”

The new Pink Mercy skin gives the Overwatch healer pink and silver metal wings and long, blonde pigtails. Wearing a pink bodysuit and a metallic crown, Mercy looks like she could have been tossed right out of a magical girl anime show.

A pink T-shirt will also be available on the Blizzard Gear store. Blizzard will also run charity streams with additional ways to unlock new sprays and more.

Blizzard will share how much money it’s raised once the campaign is over.