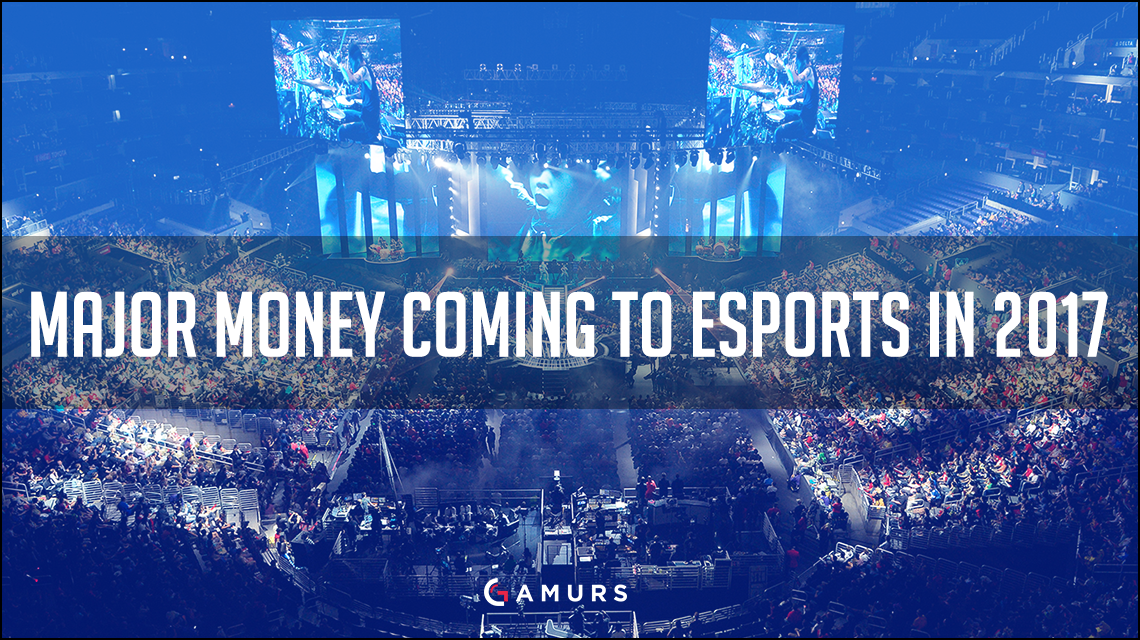 We are only a few weeks into the new year and we’ve already had some very exciting news in the world of esports. Misfits has partnered with the Miami Heat, Immortals teamed up with Lionsgate Films, and not to mention other NBA players who already have their stake in esports.

Activity like this really helps out these esports organizations, due to the fact that these players and companies know a lot more about marketing than the average gamer does, thus providing the opportunity to really capitalize on the money aspect of esports. Sponsorship and funding plays a huge role in esports. Nothing comes for free; team passes for events, flights, hotels, food, jerseys, and many other expenses come to mind when thinking of just the basics of how a team operates. Owners will also want their players using the best equipment on the market in order to compete at the top level. Sports and entertainment personalities and companies know this all too well.

NBA players go through a lot more than just playing the game of basketball on a day-to-day basis. They have to work side-by-side with their managers to secure endorsements and do interviews, or other activities of that nature. This is something that I feel esports athletes should also learn. Given that, on average, most of these competitors are so young, you would have to agree that you expect a certain level of “professionalism” to be carried by these players. These NBA partnerships will really be able to bring in the sponsors and fan base that a lot of these new and emerging esports players need.

Let’s think about this from a financial standpoint. A lot of these organizations pay high dollar fees to have their teams compete in some of these major leagues around the world. No normal person alone can fund all of this out of their own pocket, especially with the fact lingering that the team may or may not be successful. Therefore, securing these essential sponsors and partnerships is a pivotal part of running an esports organization. Esports have been on the rise over the past few years, even getting events added to the X Games and some major technology conventions, and they are drawing the attention of a lot of big money investors and companies.

As stated earlier, take a look at Misfits. A brand new organization that has only been around a bit over a year is already drawing the attention of a very successful NBA franchise. This, in itself, shows that doing well at events will get you the recognition needed to continue to improve and grow in esports. The Miami Heat have been around for awhile now and have major experience in getting sponsors. They can now share this knowledge with head members of Misfits and get them the same kind of money as an NBA franchise.

Big name investors, such as Michael Milken, are starting to dabble into the business as well. Milken himself has a net worth of $3.5 billion. With most of this coming from investments, Milken is a self-made billionaire. He made the right choices in his life investing in things he saw to be lucrative. It truly means a lot for someone as big as Milken to put his own hard-earned money into esports. And, soon enough, many other investors that either look up to him or respect his views will want to follow in his footsteps. Many more organizations will get the investments that they may have never dreamed of acquiring.

With this kind of money coming into esports, just imagine all of the new possibilities for players. This will open up opportunities, such as better health coverage, counseling to reduce the stress of competing, physical therapy to ensure the players maintain a healthy lifestyle, and many other things that the best of the best athletes in other major sports already get. Imagine the productivity of a player who has a sleep and meal schedule planned out for them by a professional. Players’ living conditions will improve due to the fact more organizations can provide common living quarters for the teams to take advantage of. All of these things will really help, in terms of the performance of these players, and it will also improve team chemistry.

If everything continues to improve this year, as it has within this first month, then I definitely see a lot of changes coming for the future of esports. There will be a lot more money involved, which will definitely separate the top from the bottom. The top tier teams with the most support will be able to take care of their players in the best ways possible, while the up-and-coming teams will be working towards getting the same possible tools for their players. 2017 definitely seems like a promising year for esports.

Do you agree with these teams taking all these high dollar investments? Comment below or tweet your answer to us @GAMURScom.