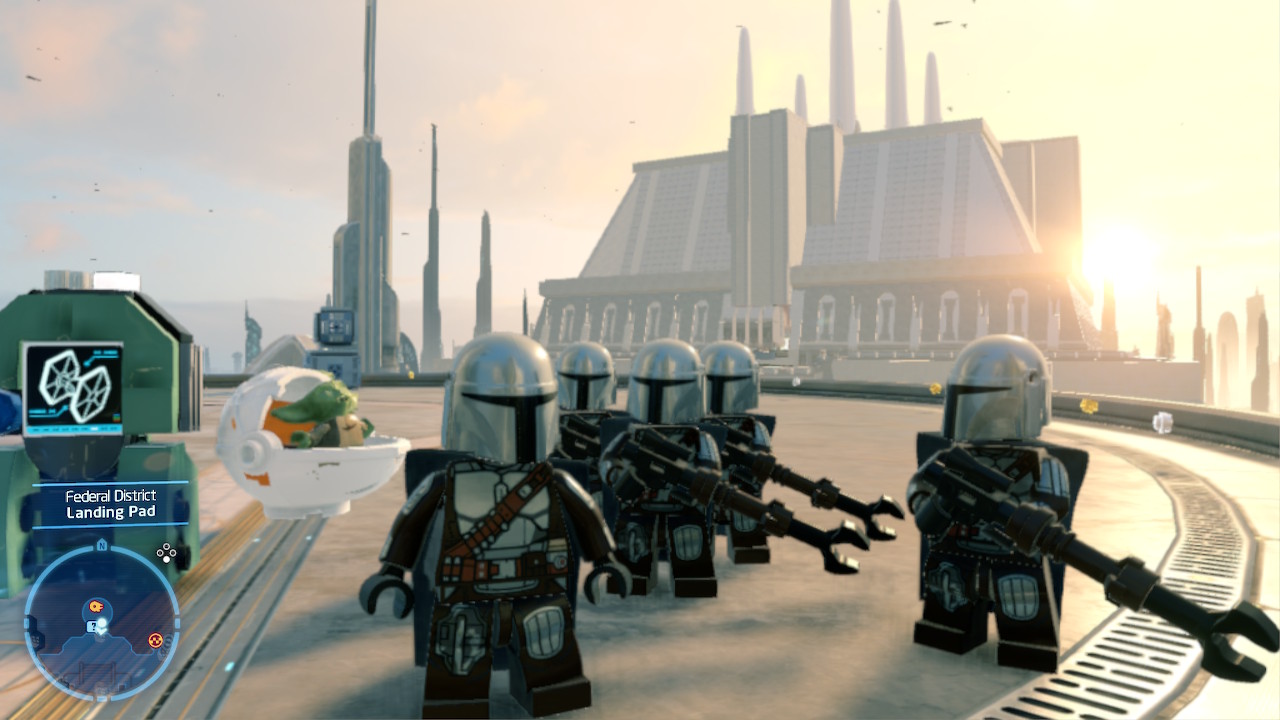 Lego Star Wars: The Skywalker Saga players have uncovered a glitch that allows them to create an army of characters beyond the two-party members cap the game has in place.

All players who purchased The Mandalorian season one pack through the deluxe edition, the Character Collection Season Pass, or individually gain access to the Mandalorian with a non-playable Grogu at his side and can try this glitch themselves.

Players of Lego Star Wars: The Skywalker Saga are already calling for the glitch to become a permanent feature in the game because they like having more party members and being able to recreate iconic groups from the Star Wars universe. Fans are finding many different creative ways to utilize this glitch.

YouTuber Bombastic showcased this glitch in a video where he demonstrates how far you can take the cloning glitch with a massive Mandalorian army. Bombastic was able to spawn in 31 Mandalorians–plus a few stray Grogus–before the game stopped him.

Another fan took to Reddit to showcase their love for the glitch. They shared a post highlighting a party they created using the glitch featuring the main characters from the original trilogy together in a region of Tatooine.

Another Reddit user utilized this glitch to recreate Order 66 from the Star Wars universe with a swarm of formidable clones following dark-side Anakin Skywalker.

How to do the Lego Star Wars duplication glitch

Players hoping to replicate this glitch can do so by following these steps.

After you’ve done this for however many members you want, you can replace the Mandalorian with any other character to create the army of your dreams. Sadly, since this is a glitch, the extra characters are unstable and seem to slowly despawn over time.

While this is a fun glitch to mess around with, players should be careful how far they take this; the more members they add to their party with this glitch the worse their framerate will become. Taking this Lego Star Wars: The Skywalker Saga glitch too far also raises the likelihood of your game crashing, so be sure to only try this out when you have no new progress to lose.