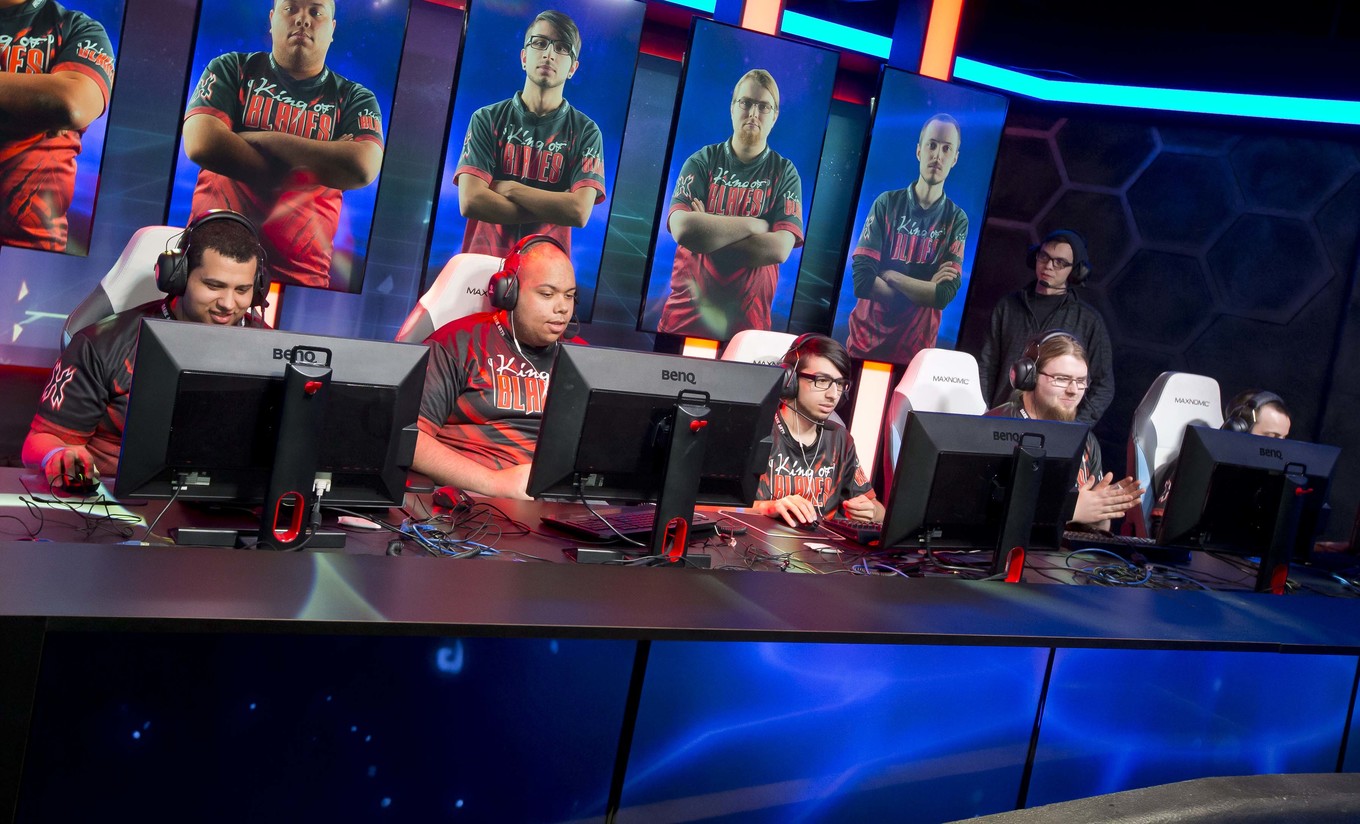 A Heroes of the Storm team have found themselves in a bizarre legal situation as their former owner has threatened to sue them for damages.

The five players left the organization, called King of Blades, earlier this month because of what they described as an abusive atmosphere in training and matches.

King of Blades owner, Ryan Diliello, also allegedly failed to reimburse them for travel expenses and asked them to sign what they saw as dubious contracts that would pay them an illegally low wage and almost nothing of their tournament winnings. Diliello—who’s no stranger to allegations of misconduct in esports—in turn claims that the players are trying to start a new team with his assets and plans to sue them for “larceny and extortion.”

The team’s problems date to November last year, but only came to light yesterday when support player Chris “Darkchimaera” Beery posted on Reddit. According to Beery, Diliello told them he was going to call the police on them for “larceny and extortion.”

Beery was the first of the current members to join the organization after seeing an ad for the team on a website around September. After competing under a different name, and multiple roster changes, King of Blades was founded on Nov. 1. The team as it stands now was finalized by mid-December.

Each of the team members—flex player Damian “FrozenX” Nagel, tank Jerome “KilluZiioN” Tanguay, carry Kevin “TalkingTrees” Marco, and 17-year-old bruiser Thomas “Tomster” Maguire— were made to sign nondisclosure agreements (NDA) by Diliello. Crucially, however, they did not sign traditional player contracts with the team. It’s not even clear, in fact, if King of Blades is a legally recognized business. Beery, for instance, signed a “doing business as” agreement, or DBA, with Diliello. According to the players’ lawyer Ryan Morrison, however, that type of agreement allows you to operate under a trade name in your state, but does not form a legally recognized corporation or business.

King of Blades saw early success in the competitive scene, qualifying for the Heroes Rising tournament on Dec. 19. But things quickly went south, with the players feeling bullied.

“Diliello would sit in our scrims and games, and harass and demean us over what felt like half of our choices,” Beery said in the Reddit post. “Right after a loss, where we are trying to regroup and win the next one, he would just start screaming at us.”

It was, without question, the happiest day of my life. But that happiness faded fast as the trip was filled with constant harassment.

The team ran into problems over money when organizing the trip to Santa Ana, Calif. for the tournament on Jan. 9. Diliello sent Beery $2,000 to help cover the initial expenses, but after extra fees and transportation expenses, the players were forced to pay hundreds of dollars themselves. They agreed the trip would be a loss financially but “invaluable in being recognized within the scene and growing the [King of Blades] brand.” The players say Diliello never reimbursed them for these extra costs.

After the tournament, Diliello asked the players to sign contracts, which they say laid out their salary at $900 a year, four percent of tournament winnings, and five percent of streaming revenue and donations. Only one player signed.

The team qualified for the Heroes of the Storm North American Spring Regional on Feb. 14. It was the first step on the road to the first Heroes world championship of the year: the Spring World Championships in Seoul, Korea, which will be held from April 1 to 3.

“It was, without question, the happiest day of my life,” Beery says the Reddit post. “But that happiness faded fast as the trip was filled with constant harassment, endless texts and calls, all from Diliello.”

After the tournament in late February, the players decided to leave King of Blades, forming a new team called Gust or Bust on March 2. That’s when the legal issues started.

Diliello claims that because Beery signed the DBA he was a full partner in the King of Blades organization.

Diliello tells the Daily Dot that he plans to go to his local sheriff’s office today and file a suit against Beery and the team. The suit will allege that they left the organization to start their own brand with his assets and preemptively planned to steal the tournament winnings from the spring qualifiers.  He also wants a cut of the tournament money the team won, and to be reimbursed for the travel expenses for Heroes Rising.

“What I don’t appreciate is that now they’re going to put a stain on the Heroes of the Storm community,” Diliello says about the Reddit post. “So many young adolescents don’t understand the business of esports, they think they can post whatever on social media. I’m now going to be in a better position because of the civil implications for my brand.”

All this suing and threats honestly have me spooked.

This isn’t the first time Diliello’s faced allegations of mismanagement in esports. Many comments on the Reddit post point to Diliello’s past, saying that he tried to do a similar thing in the StarCraft 2 scene, overworked members of his team without compensation, and has been to jail so shouldn’t be trusted. Diliello himself tells the Daily Dot that he got addicted to drugs at a young age, spent a few years in prison—including 288 days in solitary confinement—but that he changed his life for the better after being released.

Meanwhile the team claims in the Reddit post that Diliello has harassed them non-stop through threatening calls and voicemails to comply with him “or else.” He also warned that he would call the police on them.

“All this suing and threats honestly have me spooked,” Beery tells the Daily Dot. This is one of the reasons he decided to post a condensed version of the story on Reddit (it was originally 17 pages long).

After reaching out to Diliello for comment on Twitter, a number of people contacted the Daily Dot and described their own negative experiences working with King of Blades and Diliello. Some claimed they’d witnessed him verbally abuse members of the Heroes community.

The team has had no contact from Diliello yet today, and he didn’t say what time he planned to go to the sheriff’s office.

They’ve probably ruined their esports careers with this.

“I feel terrible that they’ve probably ruined their esports careers with this,” Diliello says. “They were like my kids. I’m not going to hate on these guys, they just don’t understand what they’ve done at this point.”

The players’ lawyer, Morrison, is confident his players have nothing to worry about. If Diliello wants to “concoct some legal action and bring them to court, that’s his right,” Morrison says. “But he has no legitimate claims.”