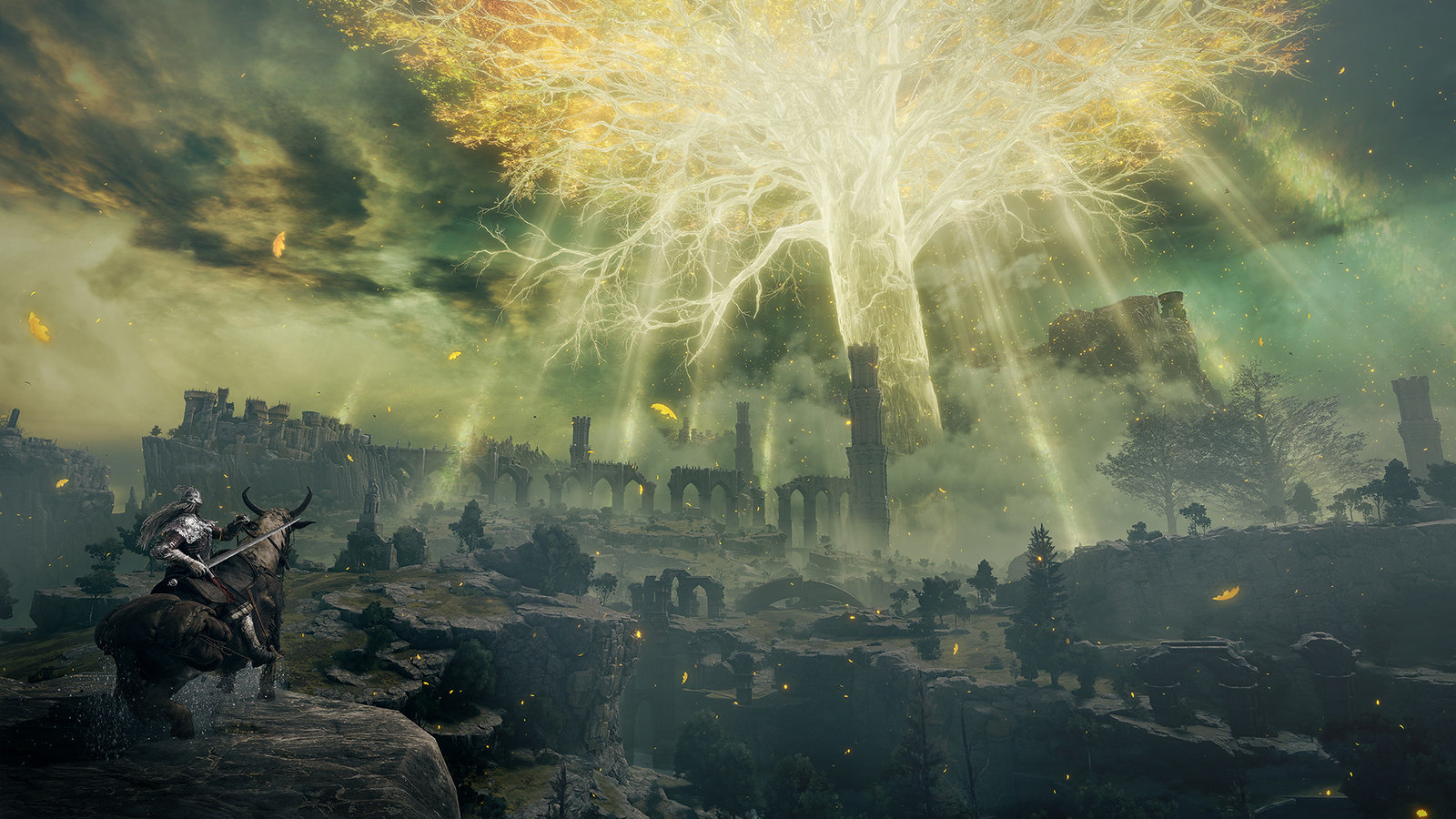 Elden Ring is significantly bigger in scale than its Souls-like counterparts.

Co-created by Hidetaka Miyazaki and George R. R. Martin, the new FromSoftware game is set in the Lands Between, which basks in the shining light of the Erdtree, an immense, glowing tree that fills the skyline of the realm.

Unlike Demon Souls, Dark Souls, Bloodborne, and Sekiro: Shadows Die Twice, Elden Ring is a vast and sprawling open world. This means players can explore the Lands Between and approach the game freely. This added element allows for creativity, giving players much more of a say when it comes to completing the game.

In Dark Souls, players are often forced to face and defeat an enemy before they can continue the game. This creates a barrier between one objective and another. In Elden Ring, players have the freedom to explore at their own pace.

In an interview in January 2022, Miyazaki said he wants players to “enjoy the game in their own way” and “feel liberated in this new open world.”

This direction wasn’t without its challenges, according to Miyazaki. “Elden Ring has a vast world with an open overworld, so we were faced with the ordeal of how we maintain our gameplay style while offering a renewed sense of openness,” he said. This included “balancing the player’s exploration alongside boss fights, the order of progression that players go through the game, and the progression of the events themselves throughout the map.”