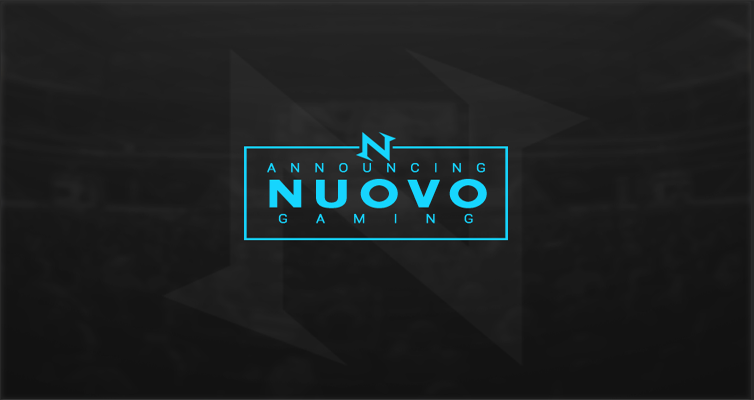 In recent times, the Oceanic region’s eSports scene has been struggling to create a professional environment. Today I sat down to interview Jordan O’Hara, Chief Operating Officer (COO) of an emerging Oceanic eSports organization by the name of Nuovo Gaming. With an ambitious and hard working team at the helm, Nuovo Gaming is optimistically pushing ahead to create a better future for players in the region.

What can you tell us about your background in eSports? My personal background in eSports has been very “home grown”. I started out like anyone who wants to be a professional gamer, but quickly realized that I didn’t have the time or ability to make that happen. The thing about life is, once you find out what you want to do, you have to do it. I moved from trying to compete in eSports to various other small projects ranging from creating gaming content on YouTube and Twitch, to being the lead esports journalist on a gaming website, to running my own gaming website and still nothing really clicked. Eventually I founded my own organization, Colossus eSports, and realized that a career running large scale projects in the gaming industry was what I wanted to do. What do you do for Nuovo as the Chief Operating Officer? At this point in time, as it is so soon after Nuovo’s launch, I do a little bit of everything. I manage our social media accounts, help scout for fresh talent in the Australian eSports scene, and do a lot of research into the Oceanic region as a whole. A lot of my work as we continue growing will involve setting up strategic partnerships with companies already in or looking to enter the eSports industry as well as assisting the CEO in keeping the multitude of other internal operations running smoothly. What is the mission Nuovo hopes to accomplish in the Oceanic region? Nuovo Gaming will be focused on establishing ourselves and helping grow the Oceanic esports scene. It has been showcased many times at international events that these players have what it takes to compete at the highest level, pitted against their overseas rivals in North America, South America, Europe, and Asia. Although these players have what it takes to compete at the highest level, the region lacks the organization support, sponsor support, and infrastructure to allow these players to make this a viable career like their overseas counterparts. Our goal is to make this not only a dream, but a reality for these players. Which players have you picked up so far? Nuovo has signed two professional eSports athletes for our launch. Our first acquisition, Ethan ‘IAguz’ Zugai, has represented the Oceanic Region for the past several years in countless international tournaments. Ethan will be making his first event appearance under the Nuovo banner when he attends Dreamhack Austin from May 6th – May 8th. He will be entering the event as one of the eight pre-seeded players from online qualification, at the event he will compete for a chance at $50,000 USD and 5,000 WCS Points. Our second acquisition, Tom ‘TomFLR’ Finlayson, is a professional Hearthstone player. Tom will be playing in ESL’s ANZ Championship Online Qualifiers which is Australia’s first professional Hearthstone circuit. With the circuit being open only to Australian and New Zealand residents – things are strongly looking in Tom’s favor to dominate the standings. Any plans to expand into other major titles in the near future? We do have plans for expansion, the most immediate games that we are looking to acquire teams for are League of Legends, Counter Strike, Smite, and HoTS. League of Legends in particular is something we are looking at very closely right now. In fact, we are already in talks regarding an OCS spot. You mentioned before that you were in talks regarding the acquisition of a spot in the Oceanic Pro League for League of Legends. Can you tell us anything about that? Unfortunately I can’t reveal anything further as negotiations are still underway, just know that we are hard at work for you all to add a professional League of Legends roster to Nuovo! Despite having a solid infrastructure with a thriving amateur scene across multiple games, the Oceanic region still struggles to compete with major regions. What do you think is holding the region back as a whole and what can eSports organizations such as yourself do to fix these issues? The Oceanic eSports infrastructure is fairly solid as you say, but I think we can all agree that it still has some growing to do before it reaches the size of the North American or European scene. I personally believe that one of the root causes is the smaller Oceanic viewership. A smaller number of viewers means less lucrative sponsorship deals which in turns mean less support that the organizations can provide their players. This is something that can begin to be remedied by finding ways to encourage the members of other eSports regions to watch and participate in the Oceanic scene. It’ll be a long road, but growing the eSports industry in Oceania is something we’re all passionate about. Looking to the future, where do you see Nuovo heading in the next year in relation to the Australian eSports scene? In the next 3 years? In a year, I see Nuovo easily sitting within the top 5 or so Oceanic eSports organizations with at least five competitive eSports teams and multiple strategic partnerships / sponsorships. In three years, I don’t picture Nuovo being anywhere but the top. Follow Nuovo Gaming website and social media below: Emil Isaakov is a writer and editor for eSports Guru, follow him on Twitter for the latest coverage of League of Legends and general eSports news!