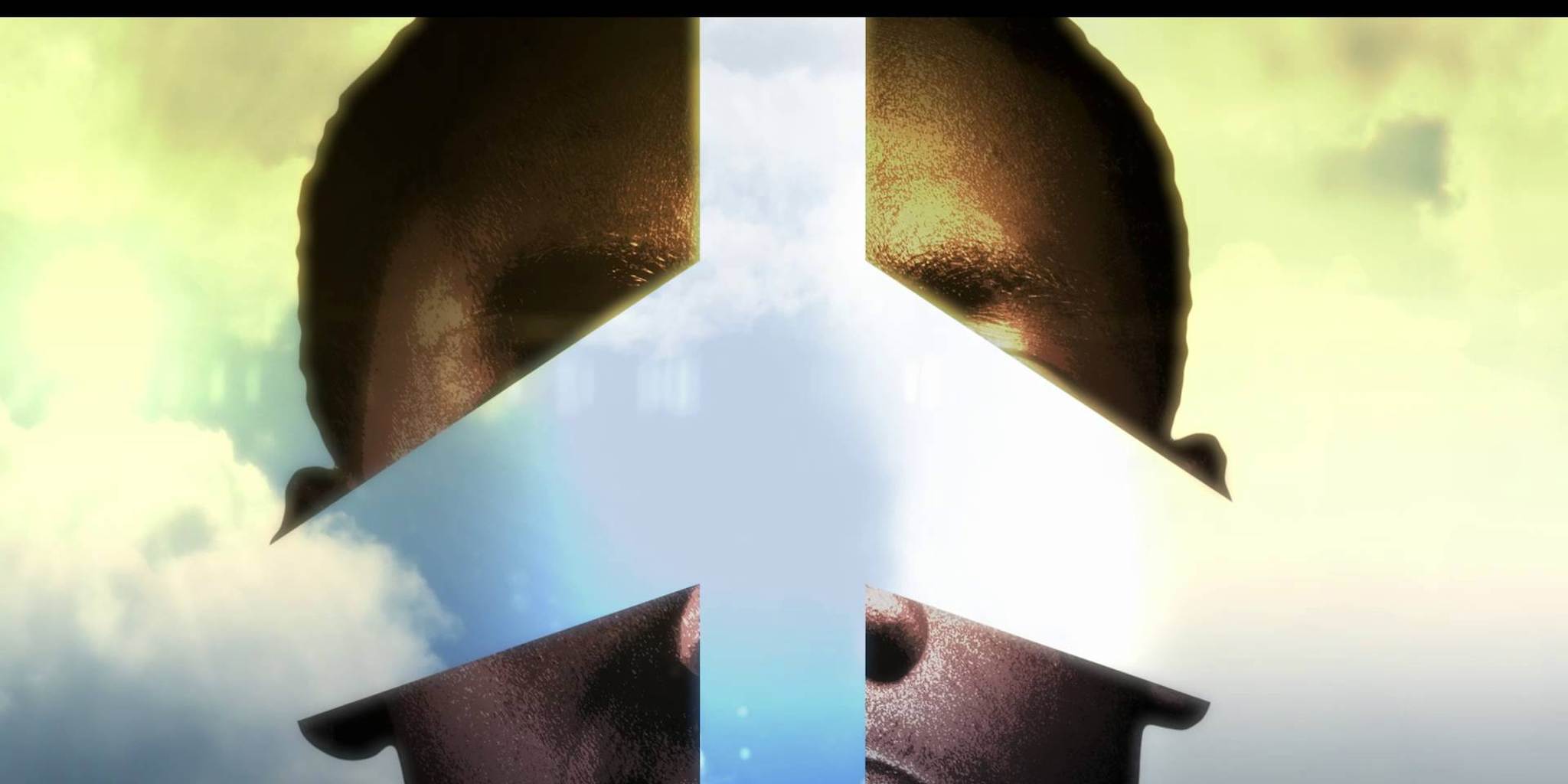 Matt “Impaler” Taylor’s North American League Championship Series debut was the first game of League of Legends he had played that day. In fact, it was the first match he had played with is team since qualifying for the LCS in December. With visa problems and holiday travel, Team Coast didn’t have an opportunity to practice together prior to their first match.

Following Coast’s heartbreaking loss against Dignitas in their first game of the season, Taylor sat down with the Daily Dot to discuss his fatal mistake at Baron, his predictions for the split and what he thinks about coaches.

Tell me about your preparation for the game.

We hadn’t actually played a single game together with each other since expansion so we just tried to beat [Dignitas] by raw outplay and it was all going well up until a point and we just fuckin’ lost.

Were you nervous at all?

“I think the best coaches are like a sixth player of the team.”

No, I was just trolling around. Having fun, really. Some players on the team get kinda nervous so I just joke around and try and make them feel comfortable.

So did you actually think you had a chance to win the game? Or did you not care if you won or lost because you didn’t have sufficient practice?

Take us through the baron throw, what happened?

We had like a 5K gold lead, and Jesse “Jesiz” Le got caught for no reason. We had full Baron control so we wanted to play patient, bait baron, and then win the game there. That didn’t go too well. [laughs] Jesiz got caught and we were like ‘aw we can try and trade the baron’ but they just rushed mid because it was an open inhibitor already.

Do you think Coast will be able to get back up to speed quickly once you start practicing more?

I don’t know. I think we’re kind of lucky with the first week’s games because we don’t have the top three opponents. I think we’ll be okay by next week. We will probably be an average team I think. We won’t beat TSM or Cloud9, but we’ll be okay.

Do you have an ambition to be a top team in the future?

“We hadn’t actually played a single game together with each other since expansion.”

Uh, it depends. I just want to see how practice goes at the house because you know the difference between playing on an expansion team and an LCS team because you’ve just got to be so much more committed. If people are committed as I’m hoping they are I than I think we can be a top team, maybe next split but not this split.

Coast hasn’t really practiced much together, could everything just go to shit in the next few weeks? Is that a possibility?

Yeah, everything could go to shit. It wouldn’t even surprise me. I just hope we find our foothold fairly soon and then we’re okay but it could just never happen.

What do you think about the new jungle and the new meta?

It hasn’t really changed that much, I mean you have less impact than before. It’s just the same old champions. Jarvan is getting picked every game when Gnar is not open. The meta is a bit stale, jungle wise. I think they’re trying to balance the jungle items a bit more now so there’s more variety. Until that happens I think it’s just going to be Trailblazers and Poachers Blades only and just be Jarvan, Lee and Rek’ Sai.

What are the differences in playing in NA vs EU?

Well NA solo queue is bad. It’s just outright bad. You play until 25 minutes, and half the players don’t even care, you just all group mid and fight. That’s what it feels like. Europe’s more toxic because I think there’s a higher percentage of players who actually care if they win. But, that was the preseason and maybe I just got a bad taste in my mouth. Other than that, NA and EU seem pretty similar in terms of competitive play.

Have you played any solo queue since you landed?

No. I arrived at the house around 10, and then we went over picks and bans. I slept for one hour on the plane, and I’ve been traveling for 23 hours. It was fucked up. But, I’m not complaining about a lack of sleep or anything, I feel okay. We just didn’t have much practice, I’m not going to blame it on sleep or anything.

How much solo queue were you playing back in England?

“Yeah, everything could go to shit. It wouldn’t even surprise me.”

As much as I could fit into the day, but for the past few days I haven’t been playing that much. But that’s it the new season and I actually have a reason to play, I’ll be playing about 10 hours a day. Everyday I can I’ll sit there and play and hopefully duo with Cristian “Cris” Rosales or Jesiz. But it will probably more likely be Cris.

I don’t know for some reason we just don’t. He didn’t duo with [Dennis “Svenskeren”Johnsen], I didn’t duo with Marcin “SELFIE” Wolski, back on our old respective teams. I think we’ve both got a bit of salt there between mid and jungle.

Why did Supa Hot Crew break up?

Well, me and SELFIE never really got along and basically what it came to was him or me, that was pretty much the the discussion. It was pretty much already decided. SELFIE said ‘well, I’m not going to play next split with you, so I’m just going to stay here.’ So I started looking for other teams and then just woke up one day to found out it had been decided. They kind of just chose someone else, they’ve done this twice already, they leave you there as a place holder.

It’s the same with Amazing, because [SHC] said he had the spot and kept looking for someone better. So, that player doesn’t keep looking for other teams because they’re told they have the spot and then they wake up one day and it’s like “aww, your spot’s gone.’ So that kind of happened to me as well. Luckily I had enough time to find another team and get into LCS in time.

What was the transition like coming to Coast with a bunch of people you’ve never played with before?

It wasn’t actually that bad, it was kind of nice. Coast gets a lot of shit for being a bad organization because of the stuff with the Koreans and that’s understandable. I get it. If you kick two of your players out and then replace them with Koreans who lose, that’s just like an obvious joke. It’s almost comical. Yeah, it’s been really nice and they’ve been really good to me. They’re all young enthusiastic and funny. Other than listening to really bad rap all day, they’re pretty cool.

“We had no coaching, I kind of just did it.”

Are you using your experience to run the team? Who’s in charge?

Brandon “DontMashMe” Phan is like the team leader, but it’s trolly as fuck. He doesn’t really lead the team at all, but I think me and Jezis dictate the pace of the game along with Sheep. Cris is good mechanically but he’s inexperienced in terms of competitive play at a high level, he’s still catching up in terms of that sense. Mash is just AD carry, you just point and click and don’t really think much. He’s one of the smart players on the team though, it’s just that role doesn’t give him a lot in that regard.

So who’s doing the shot calling?

Me, that Baron was my fault. [sighs] At that point, we’re going to lose mid inhibitor so I was like ‘we can try and trade the Baron.’ But it didn’t go so well.

How much coaching did you guys have going into the expansion tournament?

We had no coaching, I kind of just did it. Me and Jezis know how the game works at a fairly high level. It’s pretty simple at that point. I think at the highest level of play you need a coach, but until then, you’re okay. It’s not always good to have a team member trying to teach something else to another member because then you kind of get a mismatched relationship where someone has a lot of power and some people can take it as condescending. At the highest level, you need an outside opinion who can see the bigger picture and be unbiased.

“We really wouldn’t work well with Loco as our coach.”

Do you think it can be weird being under the authority of a coach who can basically tell you what to do?

I think the best coaches are like a sixth player of the team. They’re not really seen as a coach. I don’t think you should take everything your coach or analyst says as 100 percent true, that isn’t even healthy. I think both of you learn more when you’re like challenging each other’s opinions, just like another team player. I think that’s how the best coaches are, so that’s the kind of relationship I’m hoping we have but I really don’t know how it’s going to go yet.

When I talked to Locodoco he told me about how he keeps a very strict coaching environment, and it’s his word over anyone else’s. Do you think you could work in an environment like that?

I think it could, but you have to have the utmost respect for your coach. If they’re not like a smart high ELO player and they correct you all the time, how are you going to take anything they say as 100 percent. I think I could do it, but I know a lot of players who just couldn’t. Players on our team, I think Mash definitely couldn’t do it, Sheep couldn’t do it. Maybe even me, Jesiz and Cris couldn’t do it. We really wouldn’t work well with Loco as our coach.