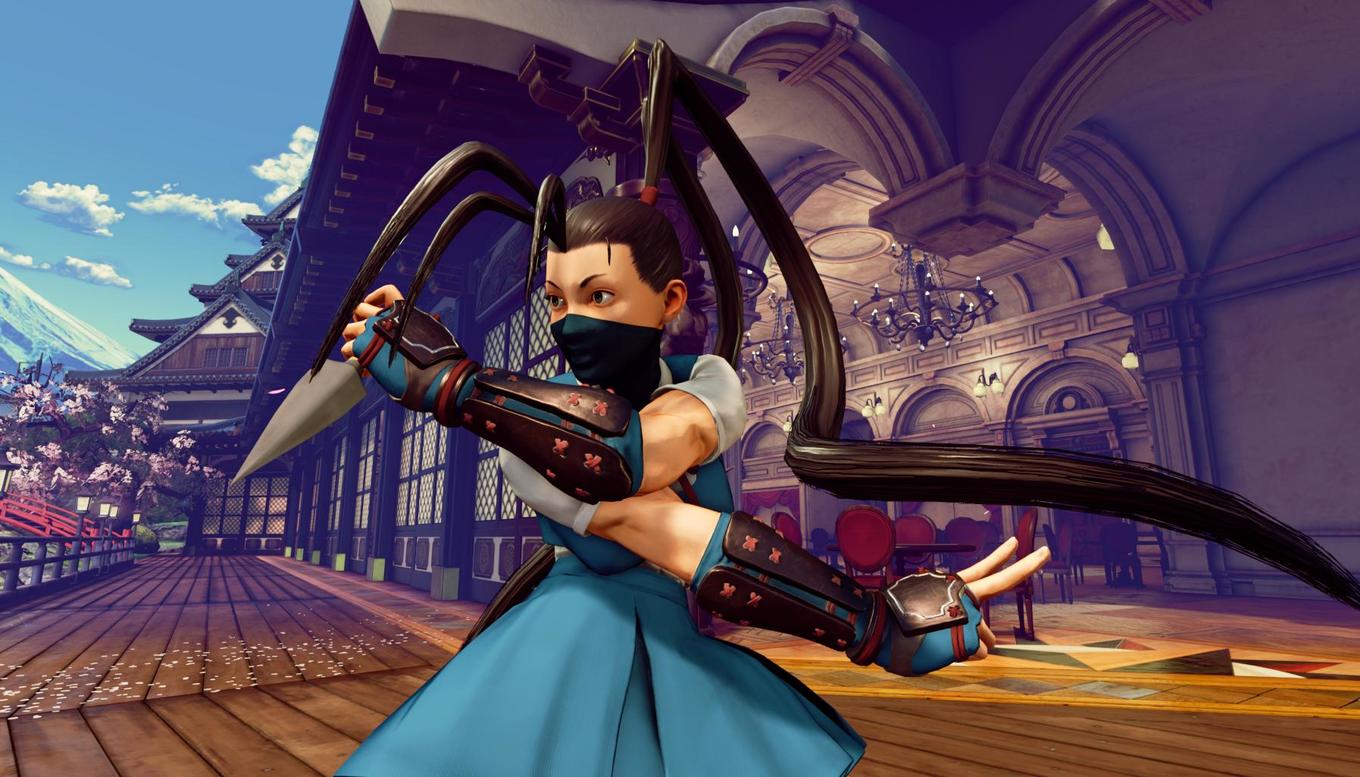 Street Fighter V fans hoping to get a chance to play as Ibuki will have to wait longer than they had hoped.

According to a post made to the company’s Japanese blog and translated into English, Street Fighter developer Capcom will release the game’s third DLC in June alongside the release of a cinematic update to the game’s story mode. Capcom’s English-language blog post about the character currently does not include any specific date for the release of Ibuki, but does mention that the story update is coming in June.

Ibuki was confirmed as the game’s third character on Sunday when she was revealed in a trailer that aired after the conclusion of Combo Breaker, an event on the Capcom Pro Tour. She is the third of six characters scheduled to launch following the release of Alex in March and Guile in April. Juri, Balrog (often referred to as Boxer), and Urien are currently scheduled to release in some order in the months of July, August, and September.

The delay marks another setback for a game that has had a very rough reception post-release, as complaints about matchmaking, netcode, and lengthy periods of weekly server maintenance  angered competitive players, while casual fans were miffed by the dearth of single-player content. The PlayStation 4 version of the game currently has a 3.2 user rating on MetaCritic, while its PC counterpart has a user rating of 2.7.

Capcom announced in early May that the game sold 1,400,000 copies since its mid-February launch, well short of the company’s projection of 2,000,000 units.

The game has also not yet made money via DLC sales. Capcom planned to allow players to purchase characters via one of two in-game currencies: Fight Money, which is earned through gameplay; and Zenny, which can be bought with real-world money. But the company has yet to implement its Zenny shop and has yet to announce a date when the shop will open. The two already-released DLC characters, Alex and Guile, are currently free for all players until the Zenny shop opens.

Capcom did offer a “season pass” for $29.99 which gave players access to each of the first six characters upon launch as well as a special costume for each one. The costumes, which can not be bought with Fight Money, are expected to sell for 400 Zenny (approximately $4). Capcom has not announced any changes or additions to the season pass because Alex and Guile are still free.

Update 5/31 2:25pm: Capcom has confirmed that the release of both Ibuki and the cinematic story mode will be at the end of June. The confirmation came in a statement made through a series of tweets to the official Street Fighter twitter account Tuesday afternoon.

The statement is as follows:

“We wanted to clear up the confusion around the release of Ibuki in [Street Fighter V]. She will be released alongside Story Mode at the end of June. We planned for her to come out at the end of May/beginning of June but there were unforeseen delays. Thank you for being patient. Moving forward we will work to communicate information surrounding content releases in [Street Fighter V] at a much more rapid pace. We’ll have a blog with more info surrounding the June content and other topics the community has brought up in the next day or so.”