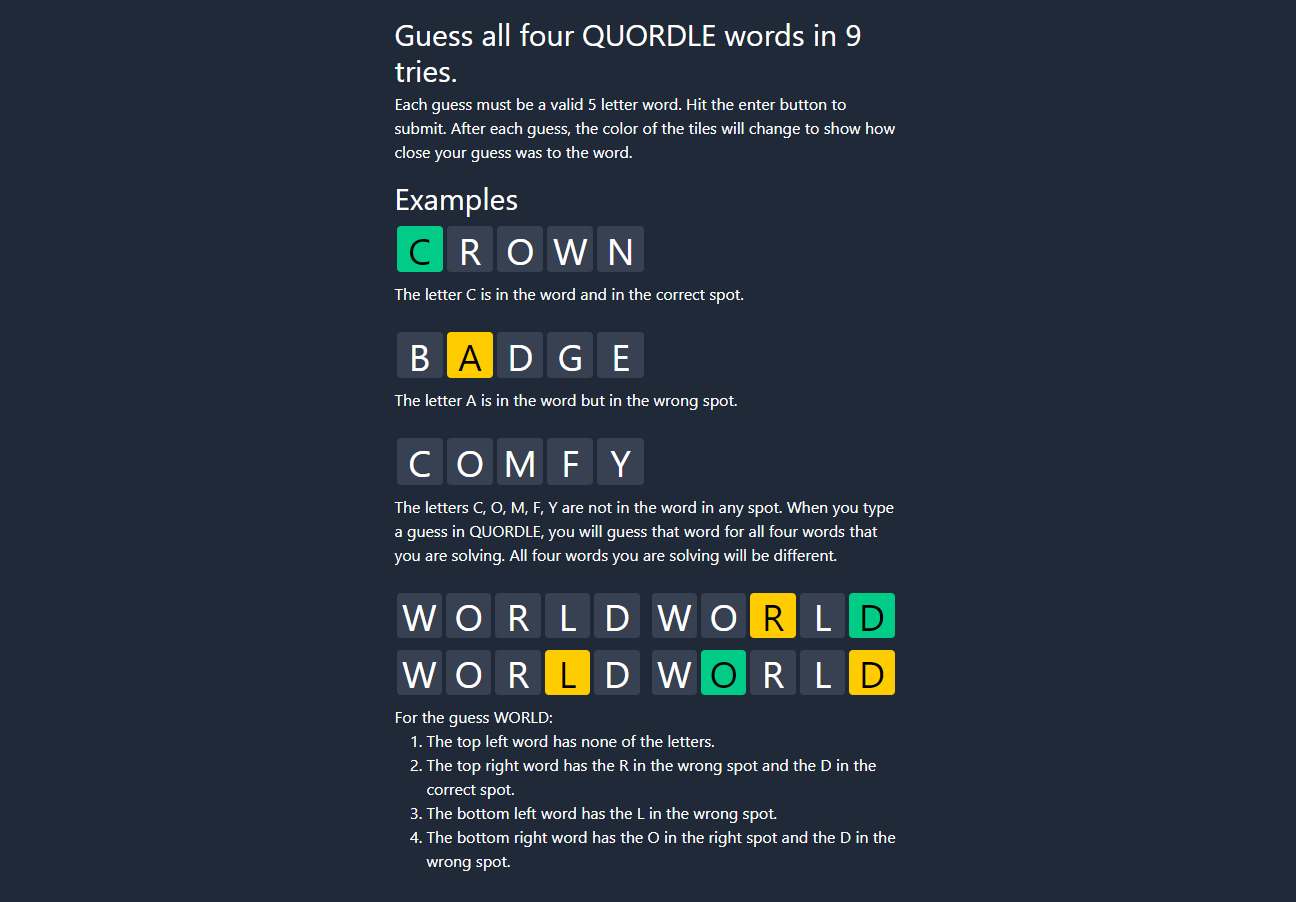 Since its release in October 2021, Wordle has become a popular online game, attracting millions of daily players. It has also inspired similar games, such as Quordle.

Quordle is a more difficult version of Wordle. Freddie Meyer created the game after playing Dordle, a spin-off of Wordle in which players attempt to guess two five-letter words simultaneously in seven attempts or less. Meyer found Dordle fun but not as challenging as he and his friends would have liked.

Related: What is Wordle? | How to play Wordle

To bump up the difficulty, Meyer, using a prototype of the game created by friend David Mah, improved the game and launched Quordle in February 2022. Within just a few weeks, Meyer said the game had more than 500,000 daily players and more than 1 million total players.

So how exactly do you play Quordle? Well, the first step is to visit the game’s website, where you’ll be greeted with four sections that each have nine rows of five blank boxes. There will also be a keyboard at the bottom of the screen. It should look like the image below.

Whether you’ve played Wordle or not, the next step is pretty straightforward: guess a five-letter word. This will be your first of nine attempts to solve the four words simultaneously. Once you’ve guessed a valid word, some of the letters may be highlighted yellow or green. Yellow means that the letter is a part of that section’s word, but it’s not in the right spot. Green means the letter is in the exact spot it should be. If a letter’s box did not change colors, it is not a part of the word at all.

The goal of the game is to solve all four words before you run out of attempts, so try to not use too many of your guesses on a single word because you may need some of those guesses to solve one of the other three words on the screen.

If you don’t correctly guess all four words in nine attempts or less, the answers will be shown immediately after the game. If you want to improve with new words, you can use the practice tab on the Quordle website.

And just like Wordle, whether you solve it or not, a new Quordle puzzle will be available the following day.