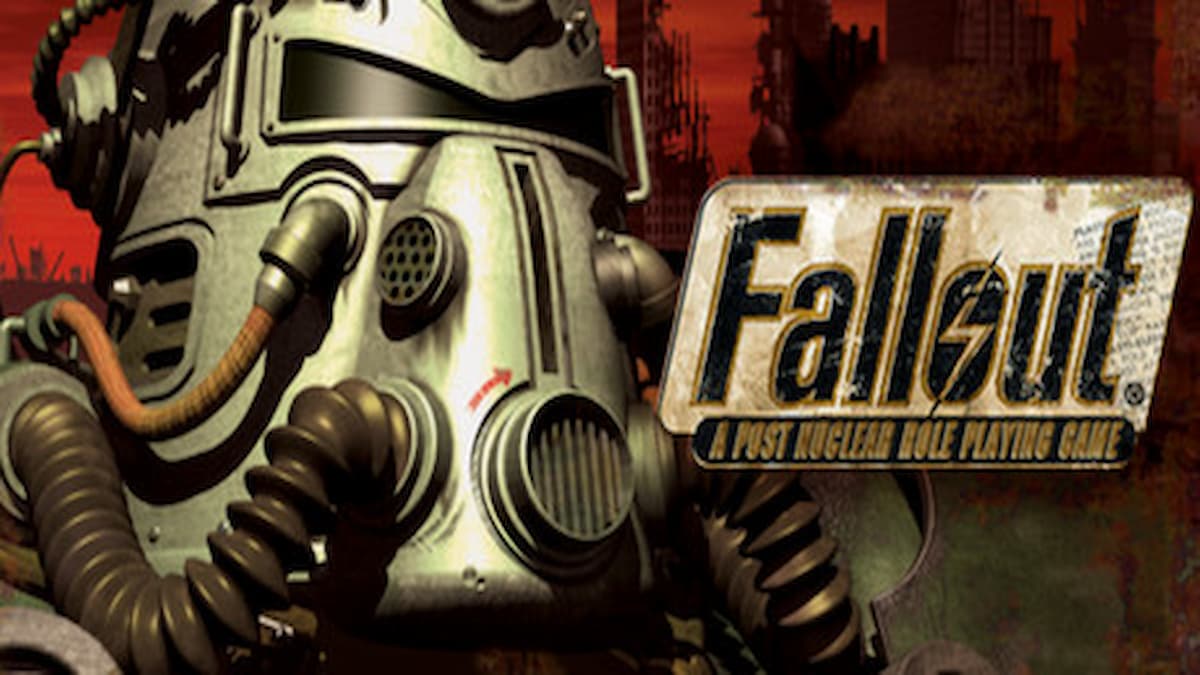 Currently owned by Bethesda, Fallout was created by Black Isle Studios (whose employees would later found Obsidian Entertainment) and had a lot of lore and world-building with each game. There is no doubt that Black Isle Studios/Obsidian Entertainment’s employees built a lot of the lore that the series is so famous for, but Bethesda has done an excellent job of using that lore to create worlds that anyone can enjoy.

Fallout‘s world was in the midst of a cold war and ready for nuclear war at any moment before the events of the games. Vault Tech and Rob Co. were among the more prepared companies, and while no one knows who dropped the first bomb, everyone sent theirs out, giving citizens at most a few minutes to rush to the vault. The bombs dropped on October 23, 2077. Those who survived either went into vaults for protection or were too far from the explosions to die. Whatever the case may be, the world was a mess for a long time.

Each game portrays a different time period from the bombs dropping, and some of the stories reveal more about the factions and the world’s development. Every new installment gets players excited to see how their favorite faction has progressed or if any new factions have emerged. Every main character in the series has a title, except for Fallout 76.

All the Fallout games in chronological order

A lot of the canon has been rearranged or modified throughout the series, and Fallout 76 is no exception. The player’s vault opens up 25 years after the bombs fall and this is the only game in the series not to give the player a title that NPCs refer to them as. The main purpose of Fallout 76 is to show what the world was like before the events of the main series, including what the Brotherhood of Steel did after being founded: expand. Paladins of The Brotherhood of Steel can be encountered when the faction was not as large as it would become in later versions.

We won’t go over the controversy of the launch, it’s well known, but it does impact the story. The game didn’t have an established storyline since Bethesda wanted players to experience life for themselves and did not add NPCs until after fan backlash. You will enjoy this game if you like multiplayer games, but you don’t need to play it for very long if you wish to play the games chronologically. There isn’t much story to this one, so you can pretty much skip it and just listen to a recap.

Fallout, the first game in the series, was responsible for building the world and introducing many concepts that never left the series. As The Vault Dweller, players must leave their vault to obtain a replacement water chip, so that their vault does not die of dehydration. Players will meet many people who are essential to the main series, such as Super Mutants, Brotherhood of Steel, and you, the main character. Through their actions, the vault dwellers contributed to the foundation of the New California Republic (NCR).

You can listen to a recap if you don’t want to play a turn-based game since the game is known for its difficulty. If you want the full experience, play on easy and get as much of the world as possible, as those little details are essential to the experience as a whole. The factions who appeared in Fallout play a role in most Fallout games moving forward, and the events of the first Fallout are often mentioned.

In Fallout Tactics: Brotherhood of Steel, players control The Warrior as he fights for territory around post-war Chicago. The player starts as an initiate of the Brotherhood of Steel and works his way up as he defeats raider factions and Super Mutant raiders, eventually becoming a General. It is the Warrior’s responsibility to defeat the organized raiders, slavers, and the cannibalistic psychic tribe known as the Beastlords, along with Gammorin’s super mutants, which are the remnants of The Master’s Army from the first game. It’s harder than it sounds since each faction has its abilities and weaknesses, but it’s a great way to conclude what happened to The Master’s Army of Super Mutants.

The Warrior’s victory over the Calculator’s robots ultimately decides the story’s outcome. Role-playing is limited in this game, but a reputation system still determines the game’s ending. Sadly, we never hear about The Warrior after this game, except that they became a legend in the Brotherhood of Steel. The Warrior’s story adds to the lore of the Brotherhood of Steel and ties up a few loose ends in the series as a whole.

This entry explains the game to those who are curious. Brotherhood of Steel was less of a canonical entry and more like a side story that took place somewhere in the world. Interplay just wanted to create a game in the Fallout Universe that wasn’t taken too seriously by fans.

The player can choose between playing as Cain, Cyrus, or Nadia, who are initiates in the Brotherhood of Steel. The title given to players in this game is The Initiate. No role-playing or diverging paths are available in this game, which is far more action-oriented than other games in the series. As linear as any game in the series would be, it was not well received by fans. This would be the last game made by Interplay Entertainment, the parent company of Black Isle Studios. From here on out, Bethesda would create Fallout games and give them a much-needed rebuilding.

Far after this game came out, Todd Howard, Bethesda’s head, deemed Fallout: Brotherhood of Steel noncanonical. So you can just skip this one entirely to play the games in order.

Fallout 2 was a perfect sequel to the original Fallout. Players took on the role of The Chosen One, a descendant of The Vault Dweller from the first game. To give their tribe water and safety, the Chosen One must find the G.E.C.K. (Garden of Eden Creation Kit). Fallout 2 introduces the Enclave, a faction made up of the remnants of the United States’ most powerful leaders. In the series overall, the Enclave is a large faction that serves as the main antagonist for Fallout 2 and Fallout 3.

Players will see how much the NCR, Brotherhood of Steel, and Super Mutants have grown in influence in Fallout 2. There is no longer a united faction of Super Mutants, and most of them are nuisances, although there are some that you can trust. Marcus, a mutant you meet in Fallout 2, and John Cassidy, whose daughter appears in a later game, are two characters whose storylines cross over between games. Fallout 2 benefits the NCR the most, as they will expand even further and conquer California.

In Fallout 3, players take control of The Lone Wanderer, a former vault occupant who left his vault in search of his father. It is one of the most touching stories in the series and introduces 3D to the series. Despite this being Bethesda’s first time working on the series, they have made themselves an integral part of it. With the move from the west coast to the east coast, they took the factions already established with them. Instead of changing the lore, they added to it, explaining why each faction resides on the East Coast in a way that makes the player feel very invested. The Brotherhood of Steel would have a character that players will see in Fallout 4, but we won’t spoil the reveal.

There is nothing like the story of The Lone Wanderer, and the role-playing functionality is unmatched by other games in the series. Fallout 3 continues to be played by fans of the series even today, thanks to Bethesda’s attention to detail, and we hope to see a remake soon.

Black Isle Studios returns to the industry as Obsidian Entertainment with Fallout: New Vegas. With Bethesda’s own development tools and design documents from Fallout 3, they created the best game in the series. Players return to the west coast after taking control of The Courier, who is ambushed and left for dead in the wastes of Las Vegas (now known as New Vegas). Having survived, the player embarks on an adventure that sees the NCR at their peak against Caesar’s Legion, a new threat. In Fallout: New Vegas, we meet Marcus again and Sharon Cassidy, the daughter of John Cassidy in Fallout 2. The Brotherhood of Steel and Supermutants return, but the west coast Brotherhood of Steel is a sad shadow of the east coast Brotherhood of Steel.

There were still bugs in Bethesda’s engine when Fallout: New Vegas was released, which affected review scores at the time. Compared to Bethesda’s Fallout 4, Obsidian made a much more immersive role-playing world with many more choices, and a better storyline and character immersion in less time. Fallout: New Vegas is the most requested game for a remake.

The game Fallout 4 shows the bomb dropping in the beginning, but it’s mostly a small ten minutes of the game, so we won’t count that as when it takes place. The player assumes the role of the Sole Survivor, who somehow survives a vault-wide power outage. As new factions try to figure out what to do with synths, which are essentially androids posing as humans, there is a lot of contention. The player can form a new rise of the Minutemen and meet the Institute, The Railroad, and The Brotherhood of Steel. This game does an excellent job of showing how the wasteland is becoming a civilization centuries after the bombs fell.

New mechanics like building, voice acting for the main character, and Fallout 4 introduced fantastic graphics and gameplay. Many more people could play Fallout 4 than Fallout 3 or Fallout: New Vegas, but that inclusiveness meant sacrificing many role-playing elements that core fans wanted.