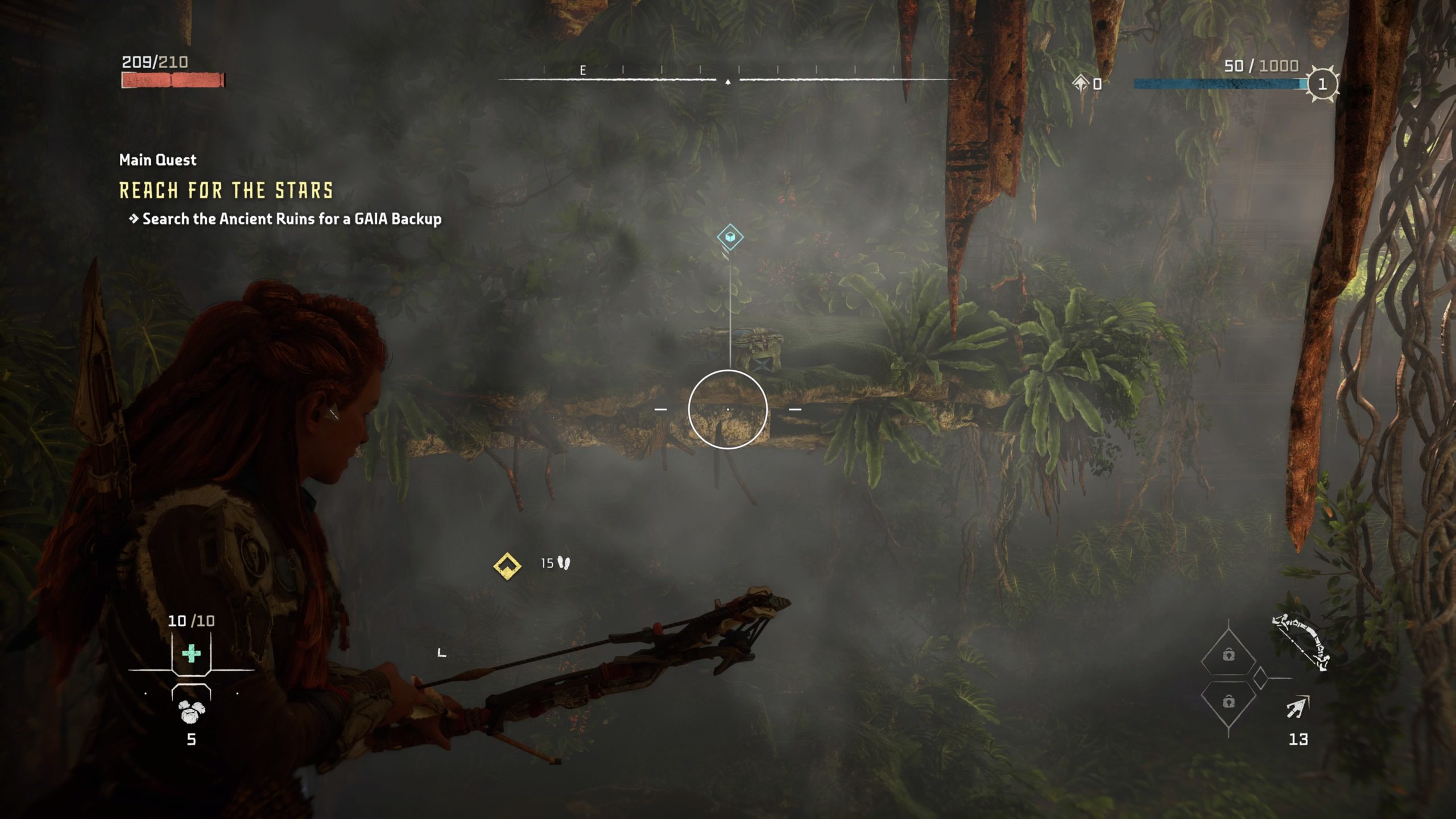 In Horizon Forbidden West, the first quest players embark on is Reach for the Stars, which takes players through some of the more basic things in the game, such as picking berries or gathering wood and crafting.

Over the course of the quest, the game will take players to the Ancient Ruins. Once there, players will be tasked with scanning the ruins and finding a way onto the ledge that the scanner reveals. After Aloy climbs the ledge, she’s then tasked with finding a way to help her friend up. Once players find the ladder that can be kicked down, this is the area where they’ll also find a Supply Crate.

Just before this part of the quest, players will be introduced to the Pullcaster. This allows players to shoot at something and pull it, which is how players can get the Supply Crate on the ledge. The crate is indicated on the screen as a blue marker, and to get the crate, the Pullcaster is needed.

To get the crate, climb up the ledge Aloy jumped down from to get to the ladder so you can see the crate more clearly. Then, press L2 and Triangle to use the Pullcaster and aim it at the crate. Pull the crate down and Aloy should be able to jump down and get the contents of the crate.

Supply Crates generally have items that help the player craft things throughout the course of the game and sometimes even have items that players can use to upgrade or craft better weapons. The more crates players find, the easier crafting the items they need later in the game will be.