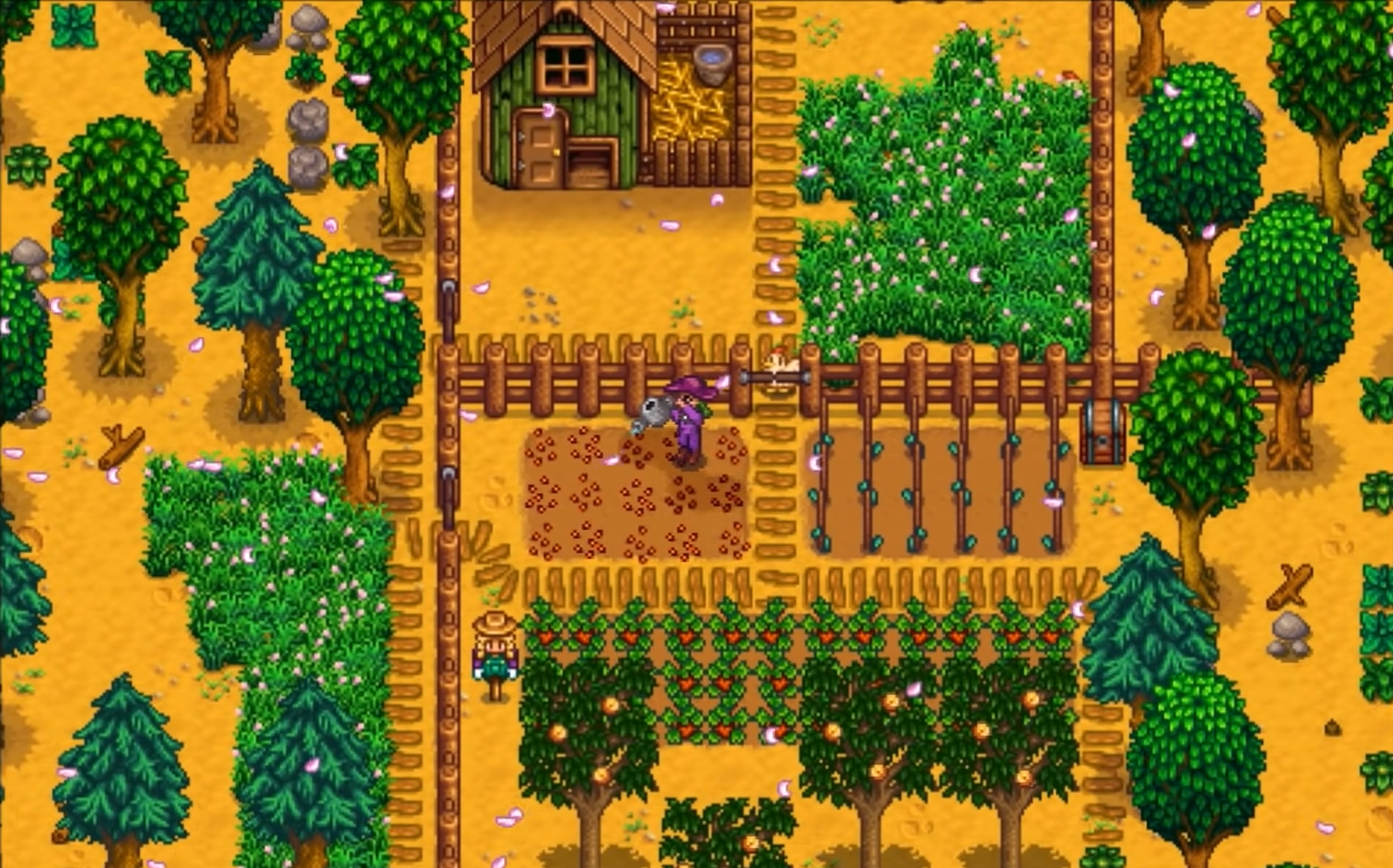 A Silo is an important structure in Stardew Valley. It’s one of the first buildings that is recommended to build in the game, even before the Coop.

A Silo is a building that players can purchase from Robin’s Carpenter Shop that takes two days to build. Once she finishes building it, the player can then store hay in it, which is obtained from cutting grass with the scythe. Each piece of grass has a 50 percent chance to put a piece of hay into the Silo.

It is recommended to build the Silo before players build the Coop, which is the first building that the game tasks the player with building. It is also advised not to cut any of the grass before you have the Silo since you’ll lose out on hay.

The reason players should wait to build the Coop and cut any grass is so that once the Silo is set up, players will have a stockpile of hay before they need to feed chicks in the Coop. The stockpile will avoid the need to buy hay from Marnie’s shop, saving precious early-game money.

How do you build a Silo in Stardew Valley?

To build the Silo, head to the Carpenter’s Shop, which is open from 9am to 5pm most days, but is closed on Tuesdays and closes early at 4pm on Fridays. You’ll need 100 gold, 100 stone, 10 clay, and five copper bars.

The stone is easy to come by, but the clay and copper bars can be a little tricky to find, especially since players need to wait a few days for the mine to open up before they can even get copper. Once the mine is unlocked and players have access to the furnace, you can smelt the ore to get a copper bar, and you can get 10 clay by using the hoe on the dirt or sand and unearthing it.

Once you have all of the ingredients, make sure the place you’d like to build the Silo is free of debris so you can place it there and head to Robin’s shop.

Select “Construct Farm Buildings” and then use the arrows underneath the buildings to scroll to the Silo. Once it’s selected, you can build it using the button with the hammer if you have all of the ingredients. You’ll know you have them when none of the ingredients are red and the build button is selectable. The button is highlighted in the red box below.

Once you select it to build, it will show you a green outline for the building. All of the blocks in the outline must be green to build the Silo in that spot. Once you put it down, it will put up an outline and Robin will show up the next two days to build it.

After Robin finishes building the Silo, you can now cut the grass and it will automatically store the hay in the Silo for you. Then, you’ll have plenty of stocked-up hay to supply your chicks with once you build the Coop and start tending to your chickens.